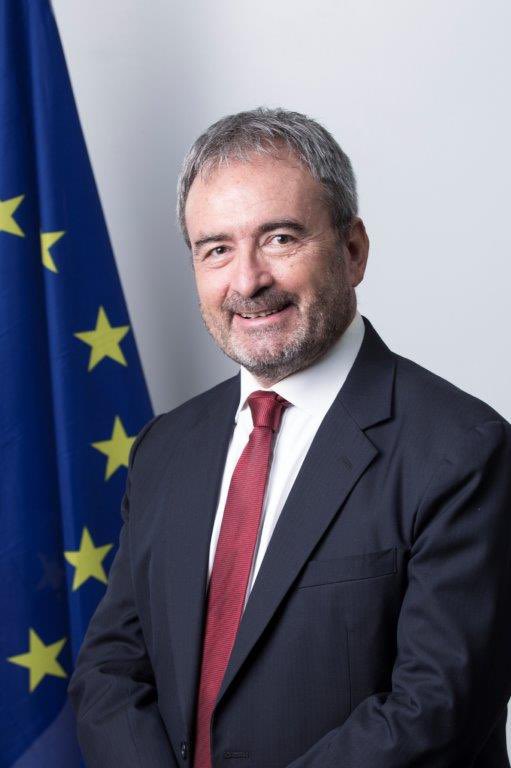 Arriving last December in the country, Ambassador Véron cited the growing diplomatic relationship between the European Union and the Philippines that now span over six decades.

“Our shared interests and values are a strong basis for a partnership based on respect and mutual benefit and in pursuit of the effective implementation of the EU-PH Partnership and Cooperation Agreement”, he said during his speech in Malacañang..

Ambassador Véron worked previously as Head of Division for Human Resources in the European External Action Service, the EU’s Foreign Service. Prior to that, he was the Deputy Head of the Central Asia Division and he was Adviser to the Security Directorate. He spent five years in Washington leading the political section of the EU Delegation to the United States of America and the EU observer role at the Organization of American States.

A French national, he holds a PhD D in Macro Economics and Economic Model and an MA in International Relations, Economics and Public Law.

He cited the importance of strengthening multilateralism and cooperation on bilateral, regional and global issues.

Considering that the EU has a strategic interest in a stable, prosperous and secure Philippines, he also underscored the significance of furthering trade and investment, promoting maritime security and maintaining open and safe shipping routes.

“The EU and the Philippines have developed a strong economic and trade partnership, characterized by a balanced trade flow, exceeding today 715 billion PHP worth of trade in goods.”

The EU with its business community is also the first foreign investor in the Philippines.

ASEAN is a strategic partner of the EU and the EU is looking forward to engaging closely with the Philippines especially during its role as ASEAN coordinator for Dialogue Relations with the EU starting this August 2021, he said.

Ambassador Véron also mentioned the EU’s efforts to fight climate change and its role in humanitarian aid, civil protection and disaster preparedness. The EU will continue  working with the Philippines in upholding their  commitment to the promotion and protection of human rights which is an essential element of our partnership and cooperation agreement and GSP+ implementation.

Because of these reasons, Ambassador Véron said that the EU is willing to have a productive political relationship with the Philippine government, particularly to support the Philippines in its efforts to overcome the COVID-19 crisis and its efforts to restart its economy. “The EU and its member states will continue their efforts to contribute to the international response to the pandemic, including by guaranteeing affordable and fair access to vaccines for all.”