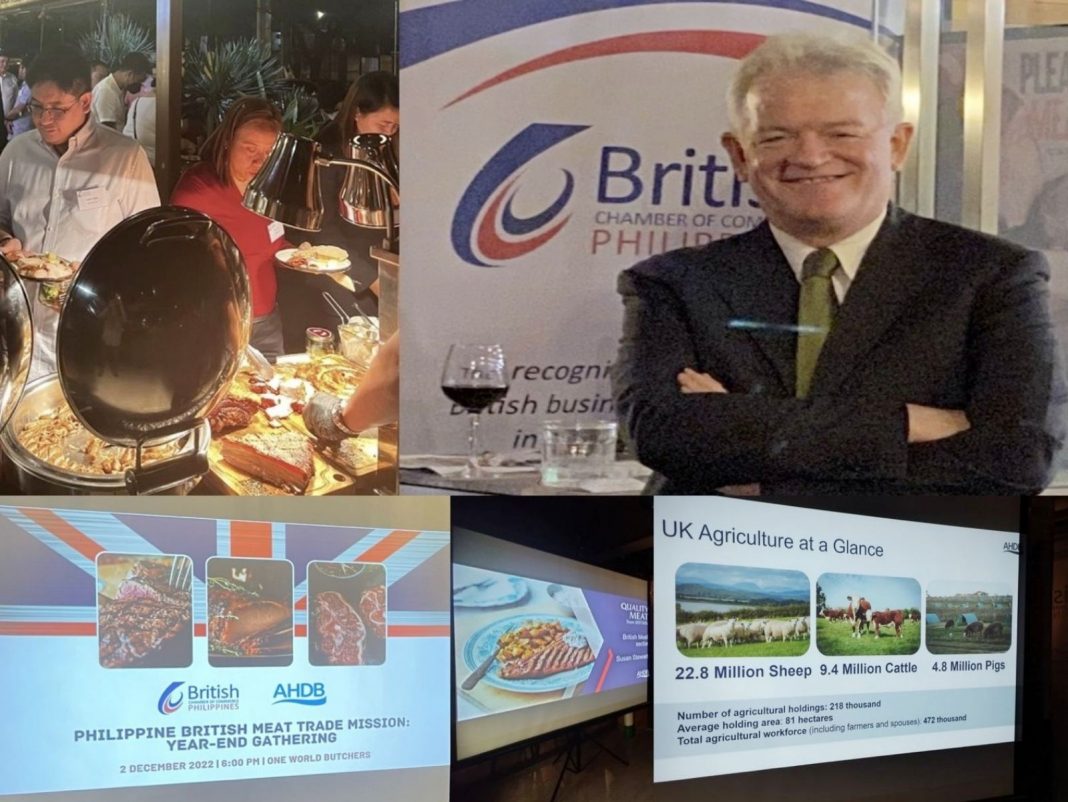 The highlight of the event was UK’s Dingley Dell pork belly as part of the menu.

Further, the British Meat Trade Mission dinner also celebrated the significance of high-quality British meat at an affordable price – especially that British pork exports to the Philippines have increased up to 41 percent.

With quality, traceability, and adaptability on UK pork exports, the second meat trade mission event was significant in exchanging good discussions with local importers and further potential to grow exports to the Philippines, particularly how the Chamber supports most meat import groups’ request to extend the lower tariffs on pork.