It is undeniable that the global warming is the most pressing problem the world needs to address together. The catastrophic effects of the climate crisis can be felt extensively in more and more parts of the globe with the Philippines being one of the most vulnerable countries. Germany upholds its promise to help create a greener planet and limit global warming both nationally and internationally.

“We consider the climate crisis the greatest security challenge of our time. The world cannot afford to wait longer. We need to end the fossil age and rapidly reduce emissions,” German Ambassador to the Philippines Anke Reiffenstuel said.

“This is why Germany has massively upped the pace on the shift to green energy with the aim of being climate neutral by 2045. Globally, Germany is a reliable partner of countries that are vulnerable to the effects of climate change, such as the Philippines. Being a priority country of the International Climate Initiative, Germany is currently implementing more than 50 projects with a total volume of more than EUR 88 million (around Php 5.2 bn) in the areas of climate, environment and biodiversity,” she said.

German Foreign Minister Annalena Baerbock re-emphasized Germany’s commitment at the recent COP27 Climate Change Conference in Sharm El Sheikh, Egypt. “Germany is putting climate justice at the top of our agenda”, she said, adding that Germany was to raise its contribution for climate finance for emerging and developing countries to six billion dollars per year.

Mrs. Baerbock also stressed the “breakthrough on the issue of loss and damage” that was achieved in Sharm El Sheikh, “opening up a new chapter in the area of climate justice.” During its G7 Presidency, Germany also initiated the development of a “Global Shield Against Climate Risks”, which was unanimously supported by the G7. The Global Shield,  officially launched on 14 November 2022 at the COP 27 climate conference, systematically analyses, country by country, gaps in protection and works with the countries hardest hit by climate change to develop protection packages as well as financial protection against climate-related loss and damage.

Since 2014, German development agency Deutsche Gesellschaft für Internationale Zusammenarbeit (GIZ) has been implementing projects that aim to transform the public transport system in the country – a key sector for reducing emissions in the Philippines.

Jeepneys, a part of everyday Filipino life, use diesel to run – a fossil fuel proven to contribute to the production of ground-level ozone. Traffic jams in the city provoke longer idle time for jeepneys and other vehicles that employ fossil fuels. According to a GIZ study published in 2016, there are 250,000 jeepneys in the Philippines with 55,000 of them operating in Metro Manila alone. They account for 40% of vehicle trips making them the biggest contributor of greenhouse gas emissions in the transport sector.

Together with the Department of Transportation (DOTr), the GIZ embarked on the Jeepney+ NAMA (Nationally Appropriate Mitigation Action) project, which aimed to establish a modern, sustainable and climate-friendly transport system in Philippine cities. 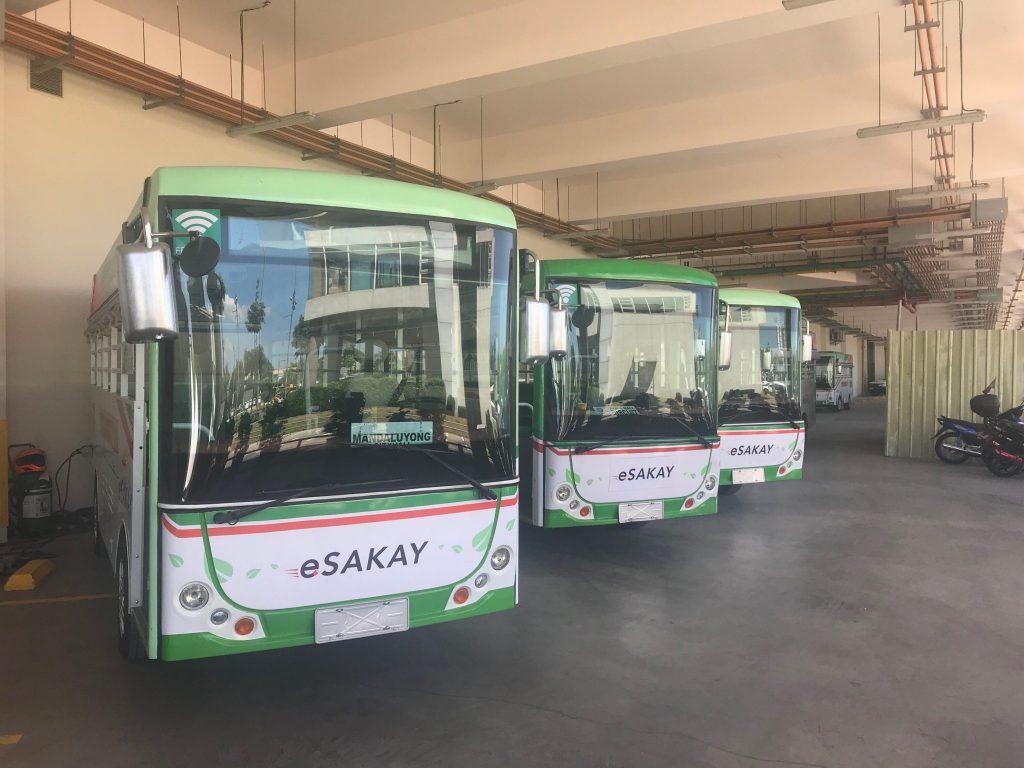 By 2026, the project strives to modernize the jeepney fleet and reduce the share of diesel-powered vehicles by 22%. This means replacing them with electric jeepneys and public transport vehicles that follow the Euro 4 emission standard.

The project also helps craft systems that will make public transport more efficient for its users. Institutional reorganization and planning will also help in fully modernizing the country’s jeepney fleet.

“The transport sector –in Germany and in the Philippines – is key when it comes to reducing emissions. Focusing on public transportation benefits especially the lower-income  segments of society and has positive and sustainable long-term effects.” Ambassador Reiffenstuel explained. “In Germany, we have expanded the rail networks and financially incentivized the use of public transportation while the taxes on airfares were increased. At the same time, Germany has invested in making cycling more attractive and in incentivizing individuals to switch to e-mobility.”

The Ambassador adds that the Jeepney project doesn’t stop there: The aim is to help establish people-oriented cities, empowered by efficient, dignified, and sustainable mobility. Through another GIZ-powered project called “TRANSfer”, similar initiatives are being implemented to also modernize the Philippines’ bus systems.

Another crucial but vulnerable sector affected by the climate crisis is agriculture, especially in Mindanao. Typhoons, floods, and droughts – induced by the climate crisis – are becoming more frequent and destructive, leaving the livelihood of farmers at risk. Partnering with the Philippine Rural Reconstruction Movement (PRRM), World Vision, and GIZ, the German government is helping farmers adapt to climate change while teaching them about eco-friendly practices that will not hamper their yield.

The project initially focuses on farmers located on the North Cotabato side of the Liguasan Marsh – an area of low-lying land that gets flooded during the rainy season. In such areas, floodwater takes longer to dissipate after heavy rains.

“Every year, farmers lose so much of their crop due to the effects of climate change,” says PRRM Executive Director Marlon P. Palomo. “This leads to financial loss for the farmer but also has an effect on the rest of the country as it means less rice and produce will be available for sale, leading to higher prices.”

As of September 2022, 360 farmers are being given capacity-building workshops. These include bio-intensive gardening practices, information on the Systems of Rice Intensification methodology, and even seed banking to safeguard genetic diversity in the area. Farmers are also being taught how to compost and make natural fertilizers for organic produce.

Journalists reporting on climate change carry the heavy burden of being the bearers of mostly bad news. As the world grapples with the pressure to adapt to climate change, the information is sometimes met with rejection and denial. Armed with data and credibility, it is the journalists’ job to help the world understand what is going on and how we can help prevent the climate crisis from getting worse.

Through a 5-day training with mentors like journalist Kyle James and Project Officer Deborah Urban of the Deutsche Welle Akademie, Filipino journalists from seven different news organizations, in October 2022, went through an intensive course on how to better report about the climate. 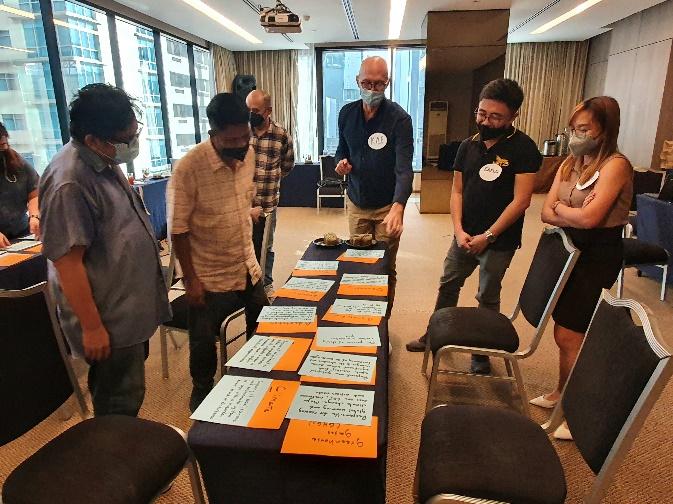 Participating journalists were provided with an overview of the causes and consequences of global warming and were briefed on safety and security issues. They were also trained to better understand and use data,to ultimately become better storytellers.

The journalists were given the chance to hear practical tips from Imelda Albano, the founding president of the Philippine Network of Environmental Journalists (PNEJ) and senior coordinator for the Philippines and the Pacific Region of Internews’ “Earth Journalism Network”.

“I loved the topics presented during the week-long climate change workshop as it helped us enhance our skills and be more critical on climate change reporting while simultaneously being engaging and humanizing [in our stories],” one of the participants shared. 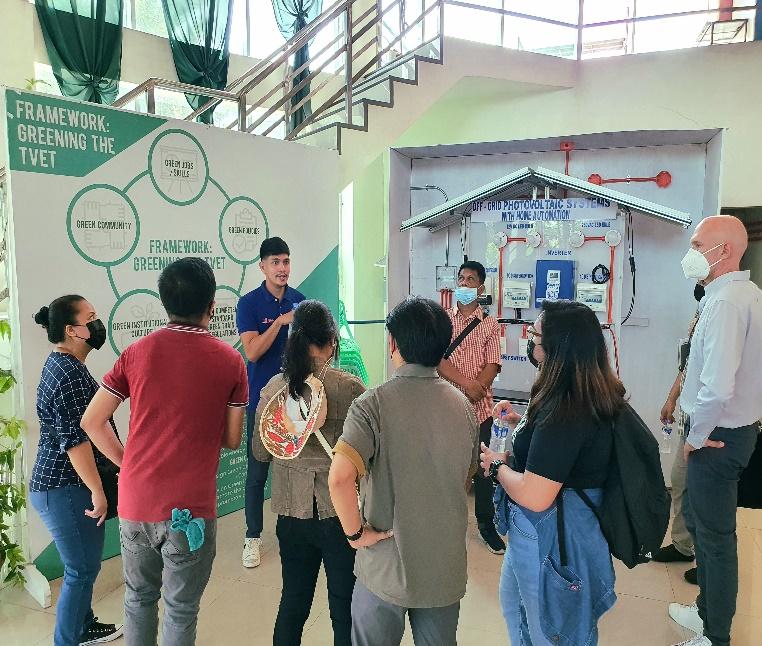 Addressing climate change is a long and arduous process. Ambassador Reiffenstuel, however, assures the Philippines that Germany will remain a committed partner in this fight. In the wake of Typhoon Paeng, Germany redirected part of the ​​P70.4 million (€1.2 million) donation through the International Organization for Migration’s (IOM) strategic response and recovery plan for COVID-19 for the Philippines, to allow for emergency assistance for communities affected by the typhoon.