ASEAN-U.S. Leaders’ Statement on the Establishment of the ASEAN-U.S. Comprehensive Strategic Partnership 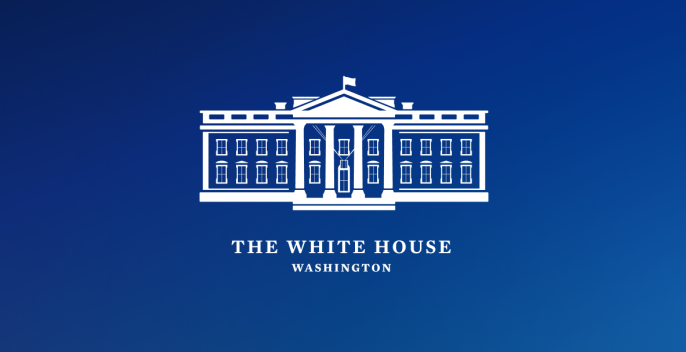 1 WE, the Member States of the Association of Southeast Asian Nations (ASEAN) and the United States of America (United States), gathered on the occasion of the 10thASEAN-United States (U.S.) Summit and the commemoration of the 45th anniversary of ASEAN-U.S. Dialogue Relations in Phnom Penh, Kingdom of Cambodia, on November 12, 2022;

2 APPRECIATING the United States’ support for ASEAN centrality in the evolving regional architecture and its continued contribution to regional peace, stability, security, and prosperity and to ASEAN integration and the ASEAN Community building process;

3 REAFFIRMING the importance of adhering to key principles, shared values and norms enshrined in the Charter of the United Nations, the ASEAN Charter, the Declaration on Zone of Peace, Freedom and Neutrality (ZOPFAN), the Treaty of Amity and Cooperation in Southeast Asia (TAC), the 1982 United Nations Convention on the Law of the Sea (UNCLOS), the Treaty on the Southeast Asia Nuclear Weapon-Free Zone (SEANWFZ) and the ASEAN Outlook on the Indo-Pacific (AOIP);

4 NOTING that both the AOIP and the Indo-Pacific Strategy of the United States share relevant fundamental principles in promoting an open, inclusive, and rules-based regional architecture, in which ASEAN is central, alongside partners who share in these goals;

5 WELCOMING the significant growth of our political-security, economic, and socio-cultural cooperation since launching our dialogue partnership in Manila in 1977;

6 HIGHLIGHTING that as strategic partners, ASEAN and the United States have enhanced our dialogue through annual leaders’ meetings (since 2009); annual leaders’ summits (since 2013); the elevation of ASEAN-U.S. Dialogue Relations to a Strategic Partnership (2015); the Special ASEAN – U.S. Leaders’ Summit (Sunnylands Summit)– the first ASEAN-U.S. standalone summit in the United States (2016); the expansion of ASEAN-U.S. engagement and cooperation, including through the existing and the proposed ministerial-level meetings on climate and the environment, energy, health, transportation, and gender equality and women’s empowerment – building on our long-standing ministerial-level engagement on defense (2010), and economics (2002); and the ASEAN-U.S. Special Summit (2022) commemorating 45 years of Dialogue Partnership – where for the first time, U.S. President Joseph R. Biden Jr. welcomed ASEAN leaders to Washington D.C.;

7 REAFFIRMING the goals and principles enumerated in the Joint Vision Statement of the ASEAN-U.S. Special Summit, adopted by the Leaders of ASEAN and the United States in Washington, D.C. on May 12, 2022;

9 ACKNOWLEDGING that at the 9th ASEAN-U.S. Summit, President Biden announced the U.S. intent to provide up to USD 102 million in new initiatives to expand the ASEAN-U.S. Strategic Partnership and that at the 2022 ASEAN-U.S. Special Summit in Washington, D.C., President Biden announced USD 150 million in programs for ASEAN that combined with over USD 800 million requested in fiscal year 2023 for bilateral programs in ASEAN Member States, over USD 12 billion in development, economic, health, and security assistance since 2002, and over USD 1.4 billion in humanitarian assistance, including life-saving disaster assistance, emergency food aid, and support to refugees throughout Southeast Asia over the same period of time, will support the implementation of the AOIP and reflect the Biden-Harris Administration’s deep commitment to ASEAN’s central role in the Indo-Pacific region.

WE HEREBY DECLARE TO:

ESTABLISH the ASEAN-U.S. Comprehensive Strategic Partnership to reflect the ambitious outcomes of the 9thASEAN-U.S. Summit and the 2022 ASEAN-U.S. Special Summit and to open new areas of cooperation vital to the future prosperity and security of our combined one billion people, and task our officials to follow up on its implementation.

REAFFIRM steadfast support for an open, transparent, resilient, inclusive, and rules-based ASEAN-centered regional architecture at the heart of the Indo-Pacific region that promotes ASEAN’s strong, unified, and constructive role in addressing regional issues of common concern.

FURTHER REAFFIRM that the ASEAN-U.S. Comprehensive Strategic Partnership supports ASEAN’s goal to implement the AOIP through existing ASEAN-led mechanisms and supports the principles upon which it is based.

PROMOTE maritime cooperation through ASEAN-led mechanisms by upholding freedom of navigation and overflight, peaceful resolution of disputes in accordance with universally recognised principles of international law, including the 1982 UN Convention on the Law of the Sea (UNCLOS), and promote cooperation and coordination among our relevant agencies, including maritime law enforcement agencies, to collaborate to improve maritime domain awareness, search and rescue, protection, restoration and sustainable management of the marine environment, maritime safety, security and education, as well as to promote sustainable and responsible fisheries, including through possible collaboration with the ASEAN Network for Combatting IUU Fishing (AN-IUU).

BUILD people-to-people connectivity within the region and beyond by enhancing economic and socio-cultural cooperation including through ASEAN-led mechanisms, focusing on good governance and the rule of law, investing in human capital development, empowering youth and vulnerable or marginalized groups, advancing the rights of persons with disabilities, investing in education, promoting and protecting cultural heritage, empowering women and girls and promoting gender equity and equality, and strengthening the connections between our combined one billion people.

ADVANCE efforts to achieve the UN Sustainable Development Goals by promoting complementarities between the ASEAN Community Vision 2025 and the UN 2030 Agenda for Sustainable Development with particular emphasis on eradicating poverty, promoting the conservation of natural resources and the environment, and promoting peace and prosperity through equitable development and sustainable economic growth, including in the fields of energy resilience; clean and just energy transition and renewable energy deployment; decarbonization of the transportation sector; climate change mitigation and adaptation; health security; sustainable management of water and natural resources; food security; sustainable agriculture, fisheries, forestry, and land management.

ENHANCE partnerships in economic and technological cooperation, catalyze investments in high-standard, transparent, and climate-resilient infrastructure, including projects under the Master Plan on ASEAN Connectivity (MPAC) 2025, as part of the regional transformation to net zero emissions, facilitate trade and investment between the two sides to promote resilient global supply chains and seamless regional connectivity, and promote stronger, more equitable, and more inclusive economic growth as well as sustainable development to achieve sustainable and broad-based prosperity in ASEAN and the United States as well as better and stronger economic recovery from the COVID-19 pandemic.

FURTHER PROMOTE the stability, peace, prosperity, and sustainable development of the Mekong subregion through shared initiatives under the Mekong-U.S. Partnership (MUSP), which complements the Friends of the Mekong and supports the implementation of MPAC 2025 and the IAI Work Plan IV (2021-2025), in support of ASEAN Centrality and unity in promoting ASEAN’s sub-regional development.

ADOPTED in Phnom Penh, Kingdom of Cambodia, on the Twelfth day of November in the Year Two Thousand and Twenty-Two in a single original copy in the English language.