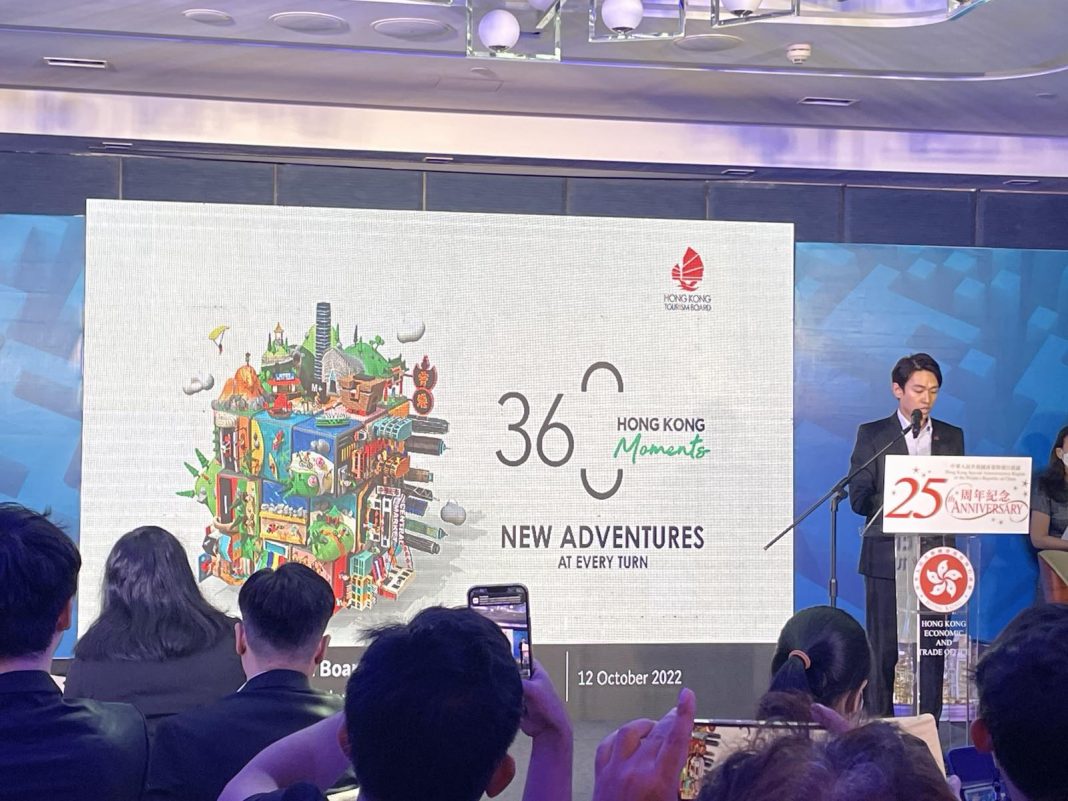 There is no denying that for most Filipinos who want to go out of the country, Hong Kong is the first overseas destination in mind.

However, the Filipinos’ favorite tourist destination was affacted by the pandemic, and for two years Hong Kong limited its international tourist arrivals and at the same time implemented a stringent quarantine protocols that squelch the once buslting tourism of Hong Kong.

But with the global easing of travel restructions and in time for the 25th anniversary of the establishment of Hong Kong Special Administrative Region, raring to go tourists can now go to Hong Kong.

In the “Marvels in Hong Kong” Media Event held last October 12 at the Grand Hyatt Hotel in BGC, officials from Hong Kong Economic and Trade Office, and Hong Kong Tourism Board of the Hong Kong Special Administrative Region (HKSAR) Goverment gave a rundown of what other gems that the toiurist can visit and enjoy apart from the traditional dazzling skyscarper in Hong Kong.

“I know many tourists are just confined in visiitng the Victoria Peak at Night, Hong Kong Disneyland, and even Ocean Park. There are many interesting places outise the concrete jungle of Hong Kong,” said Raymond Chan Regional Director for Southeast Asia of the Hong Kong Tourism Board (HKTB).

Speaking to THEPHILBIZNEWS on the sideline, the official from Hong Kong Tourism Board said, “I know Filipinos love Hong Kong. I just hope that next time you visit Hong Kong, you will explore other places we presented to you members of the media.”

“Just lime many tourists that come and go to Hong Kong, most people know two things about Hong Kong. The Kowloon side and the Hong Kong side, right?, he added.

“We have the Old Town Central and Sham Shui Po districts that are known for their old world charm and captivating street aesthetics. And this is something you can explore on foot. In the Old Town Central, you will see old temples and as well as some antique stores and I am sure you will find something interestings for you to bring home. While the Sham Shui Po area, you will have the real experience of one of the oldest and most authentic districts in Hong Kong,” Chan explained.

It is a vibrant city that teems with people milling about, looking for cheap yet good finds. It is haven for artists, artisans, and yes, foodies where delicious, affordable and Michelin-rated noodles and dumplings are found. A branch of the popular Tim Ho Wan, which has branches here in the Philippines, is found in this district.

The West Kowloon neighborhood promotion was launched last year that promoted the district as an arts hub. Chan said it is one of the cultural precincts in the world. Its latest infrastructure developments include the Hong Kong Palace Museum, M+, West Kowloon Promenade and Art Park.

The “Marvels in Hong Kong” is a series of events to be held in Malaysia, Indonesia, and the Philippines to celebrate the 25th Anniversary of the Establishment of the HKSAR. It encompasses a wide array of engaging activities on topics such as Hong Kong’s trade and economy, business environment as well as tourism and culture, tailored for audience from all walks of life in the Philippines and greater ASEAN communities.