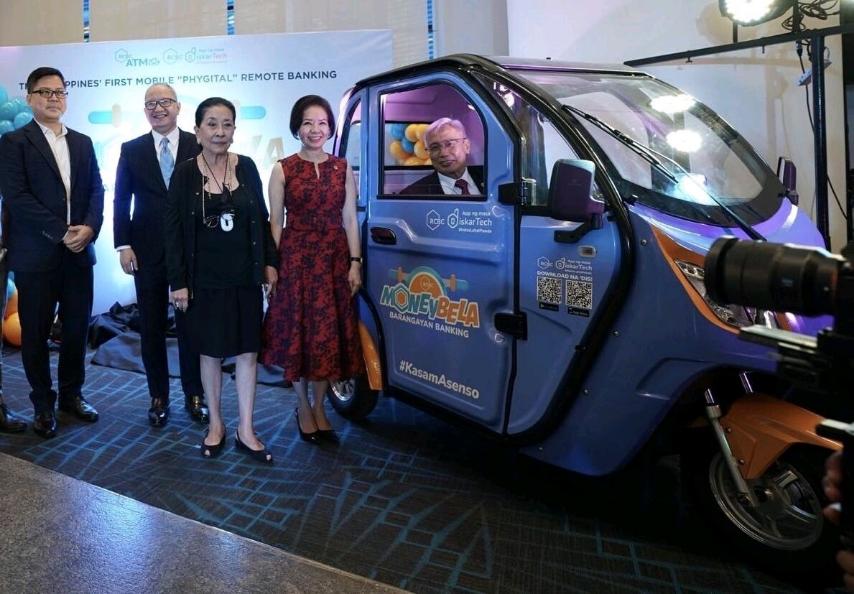 RCBC highlights its effort to champion empathy-driven banking innovations, with the introduction of the RCBC MoneyBela Barangayan Banking. Another Philippines’ first that hybridizes physical-digital or phygital banking services. It fuses the best features of digital banking and human connection. Through the use of sustainable e-trikes, RCBC will reach rural barangays to bring banking services truly closer to the people. Lauded by both the Finance Secretary Benjamin Diokno and Bangko Sentral ng Pilipinas Governor Felipe Medialla for also aligning with the environment, social, and governance framework or ESG and the United Nations’ sustainable development goals. The service will make phygital banking available to over 42,000 barangays nationwide.

And behind this brain child is RCBC’s Executive Vice President and Chief Innovations and Inclusion Officer, Lito Villanueva. He was also instrumental in steering RCBC’s digital transformation by revolutionizing the delivery of life-enabling banking services to financially-excluded areas. He led the team that pioneered the country’s first financial inclusion mobile app, RCBC DiskarTech. It is the forerunner of Taglish app, with customized versions in other languages initially in Cebuano, and soon in Hiligaynon for starters, to make it accessible and relatable to more Filipinos. And he repurposed RCBC’s neighborhood community banking service ATM Go, for government disbursements especially in geographically isolated and disadvantaged areas. RCBC ATM Go now covers all 82 provinces nationwide through its close to 1,000 partner-merchants utilizing more than 1,500 ATM Go handheld terminals.

Just recently, Villanueva was conferred the recognition of being among the Global Filipino Executive of the Year Circle of Excellence awardees by the Asia CEO Awards. This honor highlights his innovative digital contributions to the financial industry and impact on the country’s goal of widening bank access to Filipinos.

Villanueva has garnered more than 80 global and regional accolades for being a thought leader in the areas of digital finance and financial inclusivity. He was the first and only Filipino in the roster of the Top 100 FinTech leaders in Asia and among the Top 10 ASEAN Banking Leaders in Digital Reinvention. He was also named Mr. FinTech of the Philippines by BizNewsAsia, awarded Chief Innovation Officer of the Year by the London-based The Banker, and cited as among the Top 100 influential Filipinos on LinkedIn in 2021.

“Our services do not only solve problems; they help change the lives of many financially excluded Filipinos in isolated and hard-to-reach areas,” said Villanueva. “This feat is an affirmation of our digital excellence anchored on social purpose.”