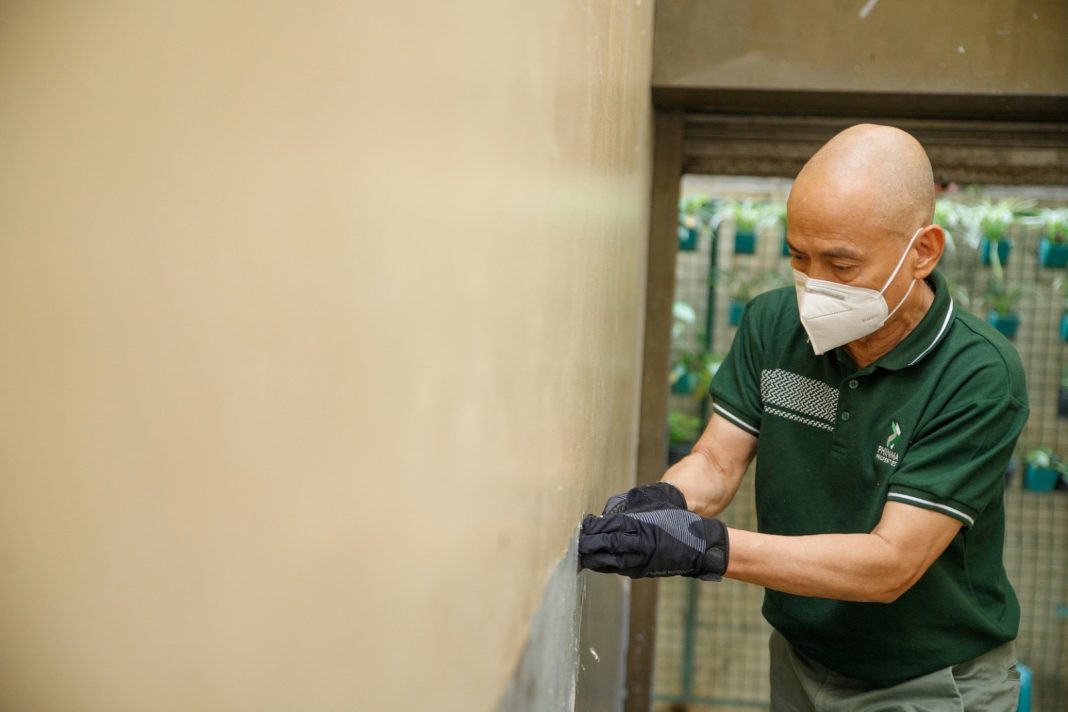 PHINMA Corporation, a proudly-Filipino conglomerate with businesses in education, construction materials, property development and hospitality, celebrated its 16th year of commitment and contribution to the Department of Education’s (DepEd) annual Brigada Eskwela.

The PHINMA Group has been mobilizing its employees, scholars, and their families to participate in DepEd’s Adopt-A-School Program even before the institutionalization of Brigada Eskwela in 2008. Volunteers from across its network have engaged in various initiatives from repairing classrooms and building walkways and sheds to renovating gardens and donating school supplies. PHINMA has helped at least 10,907 students and 247 teachers from public schools and has planted no less than 280 native trees in the past 10 years.

The different strategic business units (SBUs) of PHINMA used to roll out their respective annual Brigada Eskwela activities independently. For example, PHINMA Education Holdings Inc, the PHINMA Group’s education arm, has been organizing all their community efforts such as Brigada Eskwela, tree planting, and typhoon relief under its program called Helping Hands. PHINMA Hero, the employee engagement program of PHINMA coordinated this year’s group-wide efforts as part of the conglomerate’s “1PHINMA” thrust.

Roberto M. Laviña, PHINMA Foundation’s President and Director of PHINMA Inc., credits the PHINMA employees’ strong spirit and culture of volunteerism as reason for the group’s 16-year commitment to and noteworthy achievements during the annual Brigada Eskwela. “Brigada Eskwela is a hands-on experiential event that gives everyone a chance to be part of the solution. I have joined Brigada Eskwela many times and everyone I have worked with in this volunteer activity have confirmed that they are extremely satisfied with the experience. Volunteers will certainly get their hands dirty, literally, when they join Brigada Eskwela. But that’s okay, because you know that through this activity you’re making lives better for students and their families,” added Laviña

PHINMA’s participation in the annual Brigada Eskwela encourages employees along with their families to volunteer. PHINMA Property Holdings Corporation’s Chief Executive Officer and President bonded with his daughter Martina as they helped repaint the halls of San Isidro National High School in Makati City.

This year alone, over 800 volunteers from the PHINMA Group participated in the Brigada Eskwela. The school improvement initiative this year involves repairing and cleaning 40 public schools across the country. PHINMA also donated masks, gloves, alcohol, cleaning materials and school supplies in preparation for the resumption of face-to-face classes.

“They say that it takes a village to raise a child. We are all here because we all believe that alone we can do so little, and together we can do so much. And with the theme ‘Tugon sa Hamon ng Ligtas na Balik-Aral,’ we are thankful that we have the PHINMA Group continuously supporting Brigada Eskwela. With our theme this year, we would like to highlight the country’s collective efforts from various partnership engagements in creating a conducive learning environment for the students, teachers, and non-teaching personnel,” said Dr. Medarlo De Leon, Principal of Dagupan City National High School, one of the Group’s Brigada Eskwela school beneficiaries this year.

In celebrating the group’s 16 years of commitment to the annual Brigada Eskwela, Peter Perfecto, PHINMA Corporation Vice President for Public Affairs and PHINMA Foundation Vice President, lauded the volunteers across their different strategic business units saying, “We thank the employees, the volunteers, the scholars and their families, and the different communities who wholeheartedly dedicated their time for our participation in the annual Brigada Eskwela. Their spirit of volunteerism stems from the PHINMA family’s shared commitment of making lives better through our businesses and by working with and for the communities we serve. The same culture is what has built “1PHINMA” and its generations of making lives better.”