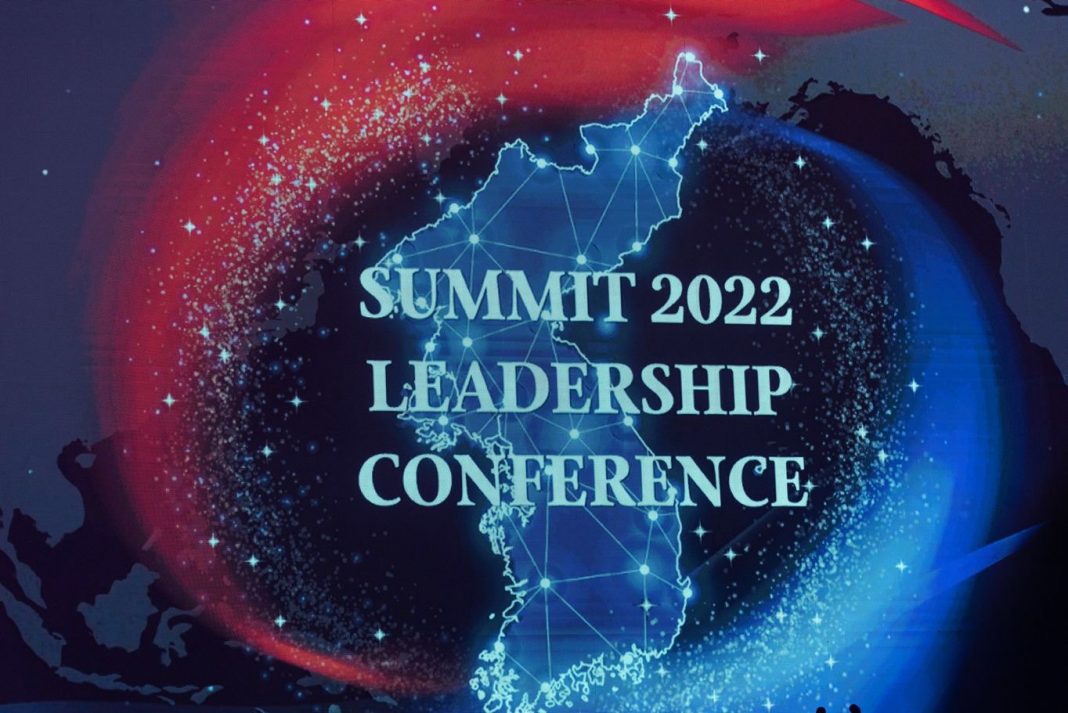 International leaders at the Universal Peace Federation’s (UPF) Summit 2022 and Leadership Conference affirmed their support for global peacebuilding, especially on the Korean Peninsula. Sessions addressed the universal right to religious freedom and called for more education of youth in Africa.

Some 350 world leaders from the 157 nations with diplomatic relations with either North or South Korea attended the August 11-15, 2022, conference, either in person or virtually, at Jamsil Lotte Hotel in Seoul, to discuss “Toward Peace on the Korean Peninsula: Toward a World Culture of Peace.” In his welcoming remarks, UPF Chairman Thomas G. Walsh expressed hope that the focus and vision for peace on the Korean Peninsula could be taken to a broader level, and that “the divided world be reconciled into one humanity and one global culture of peace.”

In addition to calling for peace, the leaders expressed deep condolences for the loss of Japanese Prime Minister Shinzo Abe. UPF offered a video and floral tribute.

“My grandfather said the one thing people cannot go without is peace,” said Sheikh Mansour Diouf of the Murid Brotherhood in Senegal. “We are supposed to be brothers…” This sentiment was echoed by many of the religious leaders.

Korean reconciliation was a major theme, due to the passion of UPF co-founders, Rev. Dr. Sun Myung Moon and Dr. Hak Ja Han Moon, who were born in what is now North Korea. In 1991, anti-communist Rev. Moon went to Pyongyang to meet communist North Korea leader Kim Il-sung. The two men embraced as brothers and agreed to launch various projects together. That unity underscores the hope to bring peace to the 80 million people on the Korean Peninsula, despite decades of division, said Dr. Michael Jenkins, President, UPF International.

Along with the conference, UPF organized a Fact-Finding Delegation for Peace on the Korean Peninsula with US officials and South Korean leaders. Amb. Joseph DeTrani, Special Envoy to the Six-Party Talks with DPRK (2003-2006); Amb. Harry Harris, a US Navy admiral who served as US Ambassador to South Korea from 2018 to 2021; (Ret.) Gen. Walter Sharp, who led US forces, the UN Command, and ROK-US Combined Forces Command (2008-2011); and Dr. Alexandre Mansourov, Adjunct Professor at the Edmund Walsh School of Foreign Studies at Georgetown University, offered their assessments. (Full details will be available at UPF.org).

“Idealism must be rooted in realism,” said Amb. Harris. He praised South Korea President Suk-yeol Yoon for his intentions “to make the US-ROK Alliance the centerpiece of his foreign policy,” as that means outreach to Japan as well as military readiness.

Protecting religious freedom worldwide was another major theme. Religious freedom is “the most important single topic on the planet,” said US House Speaker Newt Gingrich (1995-1999). That is because it presupposes God’s existence and God’s bestowing rights to humanity, and this forms the basis of freedom, he explained.

Religious freedom is key to security concerns, added US Secretary of State Mike Pompeo (2018-2021), recalling that he always left his Bible open on his desk for inspiration. “Nations that threaten others, like China and Iran” also “have death holds” on religious freedoms, he noted.

From Japan, lawyer Norishige Kondo of the Family Federation for World Peace and Unification (FFWPU) talked about “a serious crisis of religious freedom in our country.” He spoke of the surreal situation of Japan’s media transferring blame for the brutal assassination of Prime Minister Abe from the shooter to FFWPU. He discussed human rights violations against 4,300 FFWPU members, while FFWPU member Toru Goto talked about his kidnapping, 12-year confinement, and lawsuits against perpetrators.

Hon. Jan Figel, Special Envoy for the Promotion of Freedom of Religion, European Union (2016-2019), noted that while 84% of the world population claims religious affiliation, 79% live in countries “with high or very high obstacles to religious freedom.” Religious prejudice generates three evils—”intolerance, discrimination, and persecution,” said Dr. Massimo Introvigne, Managing Director of the Center for Studies on New Religions in Italy.

The growing power of Africa—where the average age is 20—brings opportunities for education, jobs, encouraging peace, and protecting the environment, especially desertification. “It is imperative for us: We must train our youth so that they can resolutely take charge of their destiny,” said H.E. Brigi Rafini, Executive Secretary of the Community of Sahel and Saharan States (CEN-SAD) and former Prime Minister of Niger.

At an afternoon International Youth Leaders Conference, leaders from Malawi, Nigeria, Eswatini, Cape Verde, Somalia, DR Congo, and Niger discussed the importance of vocational training and character education for African youth. This was followed by the signing of an agreement to raise “youth for peace.”

In a separate session, Imboni Dr. Uzwi-Lezwe Radebe, founder of the Revelation Spiritual Home in South Africa, joined Most Rev. Daniel Okoh, President of the Christian Association of Nigeria; Hon. Issaka Sourwema, Minister of Religious and Customary Affairs of Burkina Faso; H.E. Rev. Nevers Mumba, Founder of the National Christian Coalition in Zambia; and Dr. Nokuzola Mndende, National Chairperson of the Council of African Religion in South Africa, to discuss a resolution to protect religious freedom in Africa. This resolution was subsequently signed.

—The 40th Anniversary of The Washington Times. Chairman Thomas P. McDevitt, President and Executive Editor Christopher Dolan, and Opinion Editor Charles Hurt spoke of The Times’ impact and its dedication to accurate news and the ideals of freedom, faith, and family.

—The 60th Anniversary of The Little Angels. The world-famous children’s folk ballet company founded by Rev. and Mrs. Moon gave a beautiful special performance to the delight of conference participants.

—Visionary Sessions on Peace, Family, Science, Media, Higher Education, Youth, and Religion. The HJ Academic Foundation hosted more than 50 academicians for stimulating discussions on topics such as a Unity of Science movement, Character Education and the University in the Next 100 Years, the God Conference and Heavenly Parent’s Holy Community, the Women’s Movement and Family, and CEN-SAD Conference on Youth Education.

—Resolutions: Summit leaders signed the Resolution for a Universal Peace Charter; a Declaration on the Universal Value of Religious Freedom; a resolution to promote interfaith cooperation within Africa; and an agreement between the CEN-SAD, UPF, International Association of Youth and Students for Peace (IAYSP) and the Sunhak Educational Foundation to develop vocational training and character education for African youth.

— The 5th THINK TANK 2022 Forum. Experts gathered to discuss concrete ideas on how to achieve reconciliation on the Korean Peninsula. The forum will be broadcast at a future date.

How High-Quality Learning Doesn’t Have to Be Painful