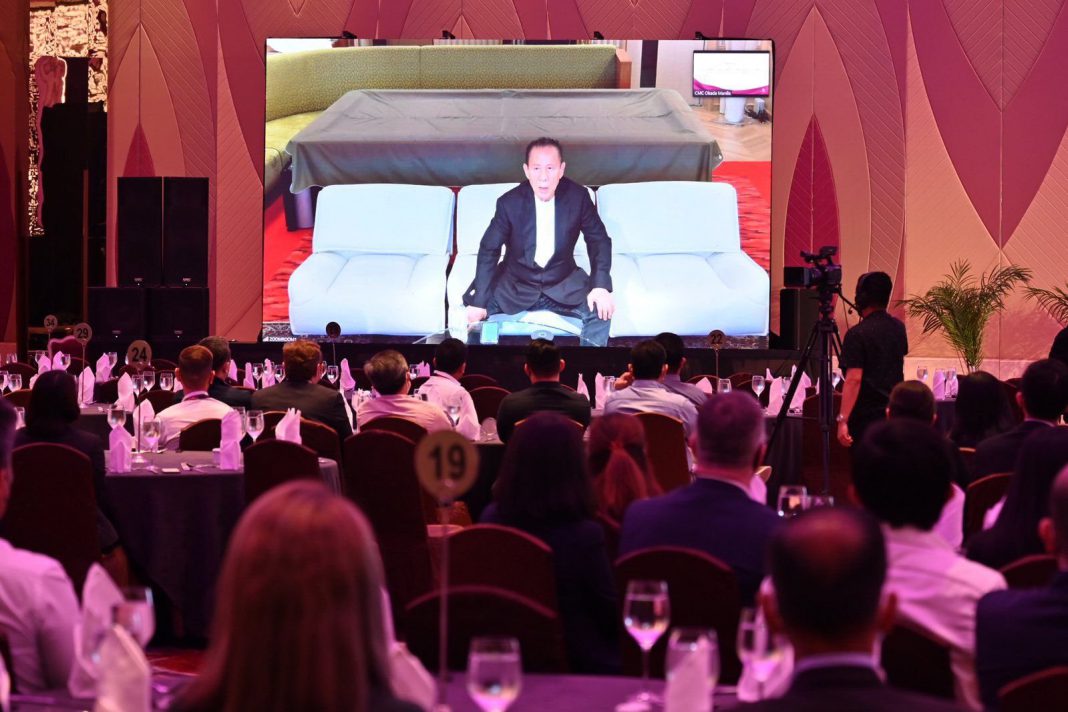 Tiger Resort Asia Ltd. (TRAL) has accused Kazuo Okada’s group of desperate attempts at paying themselves with the cage money, and also intimidating and easing out loyal employees who have been holding the line for the truth and what is legal.

In the statement sent to the media, TRAL alleged that Kazuo and his cohorts Antonio Cojuangco and Dindo Espeleta have eased out key officers of Okada Manila after they questioned the attempts to use the casino cage to fund the payment of the board’s salaries.

This development came as banks have decided to freeze the corporate accounts of Okada Manila, pending the resolution of the intra-corporate dispute.

Since the beginning of the issue, TRAL, which owns 99.9 percent of the shares in Okada Manila operator Tiger Resort Leisure and Entertainment Corp. (TRLEI), has been firm that it will not financially support the illegitimate board that forcefully took over Okada Manila in May.

“As the majority shareholder in TRLEI, the operator of Okada Manila, we at TRAL are deeply concerned that the illegal acts of Kazuo Okada and his illegitimate officers will put in danger not only the integrated casino resort itself, but also the 5,000-strong employees of Okada Manila,” Kenshi Asano, Director of TRAL, said.

With this, TRAL demanded the Kazuo group’s board of Okada Manila to allow its representatives and officers to inspect the corporate documents of the integrated casino resort, following reports of unauthorized disbursements of corporate funds, primarily from the casino cage.

TRAL sent the demand letter to the seven-man illegitimate board of Okada Manila through its legal counsel Divina Law on August 3.

The Hong Kong-based company was informed that Okada Manila’s Kazuo group’s board has been disbursing payments to Transasia Construction Development Corp. (TCDC), a contractor of Okada Manila with links to Espeleta.

The payments were made despite the fact that TRLEI has an existing claim for overpayment against TCDC in the staggering amount of P9.2 Billion.

Given this, TRAL ordered the inspection and the furnishing of lists of payments and/or fund transfers amounting to more than P1 million made to any party; payments made to all contractors since their illegal and violent take over in May 2022, as well as the payments to any company linked to Kazuo, Cojuangco, and Espeleta.

TRAL also ordered the release of monthly management reports from June to July as well as the list of all rehired employees.

Furthermore, the holding company also demanded the list of all new supply and construction contracts, planned payments of over P1 million for August, new bank accounts opened, changes in IT systems, and the records of deleted CCTV camera footage.

It also insisted on getting a copy of the minutes of the Kazuo’s board’s meetings and resolutions as well as the daily record of TRLEI cash on hand at Okada Manila.

“You are hereby reminded that the inspection of corporate documents is a matter of right on the part of a shareholder and are further sternly warned that denial of such right constitutes a crime under the Revised Corporation Code,” the demand letter read.

“We denounce the illegal acts of Kazuo Okada and his henchmen, especially against the employees who continue to hold the line for truth and justice. We appeal to our beloved employees to not allow themselves to be coerced or intimidated by the Kazuo group’s board into performing illegal acts, as it will be a disservice to themselves, their livelihood, and their colleagues,” Asano added.

Kazuo Okada and his illegitimate board have been playing kings at Okada Manila after they forcefully took over the operations of the integrated casino resort on 31 May 2022 under the guise of implementing a status quo ante order (SQAO) from the Philippine Supreme Court.

The legitimate board of TRLEI and parent companies TRAL, Japan-based Universal Entertainment Corp., and Hong Kong-based Okada Holdings Inc., have so far sought a swift resolution of the issue from the Supreme Court.

“We have invested heavily to build and operate Okada Manila, the largest integrated casino resort in Asia, and we are certainly not going to allow it to go to waste. We are confident that the Philippine Supreme Court will agree with the correctness of our case and resolve this intra-corporate dispute once and for all,” stated Jun Fujimoto, CEO & Representative Director of UEC.