Russian Roulette and the 3F tactics 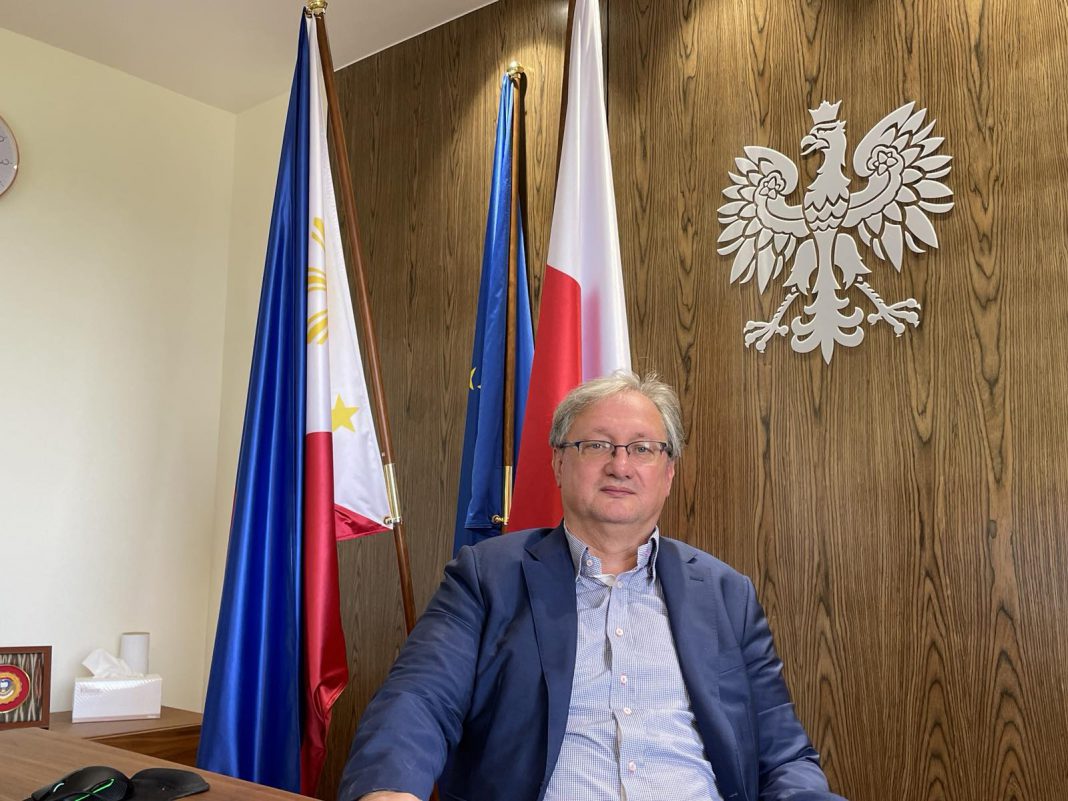 By Jarosław Szczepankiewicz
Polish Ambassador to the Philippines

Vladimir Putin has raised old Soviet themes as justification for his war of destruction of Ukraine: the Ukrainians have no historical consciousness, no nationality of their own, and no elite. Like Stalin, he seeks to use Ukrainian foodstuffs as a weapon. The crisis caused by the Russian aggression against Ukraine affects not only food, but also fuels and fertilizers known as the “3F Crisis” (Food, Fuel, and Fertilizers). After four months of the war, the scale of dependence on Russia in the field of food, fuel, and fertilizer import, in which the ASEAN countries found themselves, can be seen. Russia’s invasion of Ukraine is further disrupting global and liberalized food, energy and fertilisers systems that was already undermined by COVID and the unfolding climate crisis.

Increasingly noticeable “conflict fatigue” and disturbed access to food, fuel, and fertilizers additionally increase the weight of the slogan “peace at all costs”. This formula ignores the threat of Russian aggression to maintain peace in Southeast Asia. They were clearly expressed by the Philippines’ former Foreign Secretary, Albert del Rosario: “A successful Russian invasion of Ukraine would further embolden China to likewise use force to seize the West Philippine Sea from the Philippines.” Recognition of Russian demands against Ukraine as the basis of the talks (and this is the nature of the current “peace concepts”) would in fact show powerlessness in the face of brutal violence and recognize the possibility of violating international law with impunity, which is dangerous for smaller countries, and the revival of the concept of “spheres of influence”.

Russian propaganda intensively explores the theme of the West’s alleged responsibility for the food crisis. Reports on this subject say that the West deliberately does not want to solve the problems with the supply of Ukrainian grain, which it imports in exchange for the weapons transferred to the AU, which at the same time contributes to the escalation of the armed conflict. RU and BY are presented as countries proposing a rational solution to the crisis by offering alternative routes for Ukrainian grain exports, but the West is reluctant to cooperate. Moscow, on the other hand, does not impose any restrictions on the export of fertilizers or the export of agri-food products, and Western countries imposing sanctions are to blame for the shortages of food and fertilizers in the world markets.

The truth is different. The export of food products from Russia is de facto not covered by sanctions – for example, RU has recently sent a shipment of grain stolen in Ukraine to Syria from the port in Mariupol – and the sanctions themselves apply to financial institutions and instruments. The West wants grain from Ukraine to reach the most needy countries, including Africa and the Middle East. Russia has historically exported much more grain than Ukraine, and there are no contraindications (apart from Russia’s deliberate actions) that this export should not be continued. Moreover, Russia has recently sold its grain to Egypt and other countries. However, she deliberately creates disinformation on the subject to distract attention from her activities in the AU.

The Chinese play a “go” game with Russia and the West

False narratives about the food crisis are being amplified by China. Their goal is to divert attention from Russia’s responsibility for triggering the food crisis and shifting the blame onto the Western countries.

The Chinese authorities strongly criticize the sanctions imposed on Russia, but the drop by several dozen percent in exports to Russia in recent months indicates that Chinese companies are serious about the risks associated with cooperation with Russia. This means that, in the long run, China will not necessarily be a substitute for Russia’s economic relations with the West and assume the role of a supplier of technologically advanced products necessary for the functioning of the Russian industry (for example the car industry).

In typical fashion, China is taking advantage of Russia’s plight to purchase its raw materials at a large discount. Currently, it serves both sides, but Beijing may not want to continue this “support” after the entry into force of stronger Western sanctions on oil imports from Russia or after reaching a level of import that would violate the principle of diversifying energy suppliers (China imports slightly over 10 million barrels of oil, while imports from Russia now reach 2 million).

Philippines: Where we are, Where we go

The war’s impact on food security, energy and fertilizers is systemic, severe and speeding up.  It is amplifying the consequences of the many other crises the world faces:  climate, COVID-19 and the severe global inequalities in the resources available for the recovery from the pandemic. Global food, energy and fertilizers supply chains have become increasingly complex in the decades following World War 2. These markets are highly integrated with and dependent on other systems like trading, transport, logistics, and stock markets. Any crisis of fossil fuels/oil prices or fertilizers market has a knock-on effect on the agroindustry. When key players in key markets are in trouble, like we now see with the Ukraine crisis, the effect is even more devastating. As always, when conflict and hunger go hand in hand, the world’s poorest pay the highest price. The biggest issue is pricing and access. Food commodities and farming inputs have become too expensive. When food stocks are depleted, food speculation will have caused more damage, shipments will have become even more expensive, and fertilizers totally unaffordable.

The Russian invasion of Ukraine must end. The death and destruction must stop.  A political solution must be found in line with international law and the United Nations Charter. Marcin Przydacz, Polish Undersecretary of State for security, the Americas, Asia & Eastern policy, during a 2-day visit in Manila, 13-14 July 2022, said on the Russia war: “Let’s push as hard as possible the aggressor to stop this aggression and to withdraw, refrain from that kind of aggressive stance and only this will definitely help us to fight all those problems we are facing right now. […] That’s why we need to react to this war, because today it is Ukraine, and  tomorrow it can be any other country in the world which will be tried to be dominated by superpowers.”