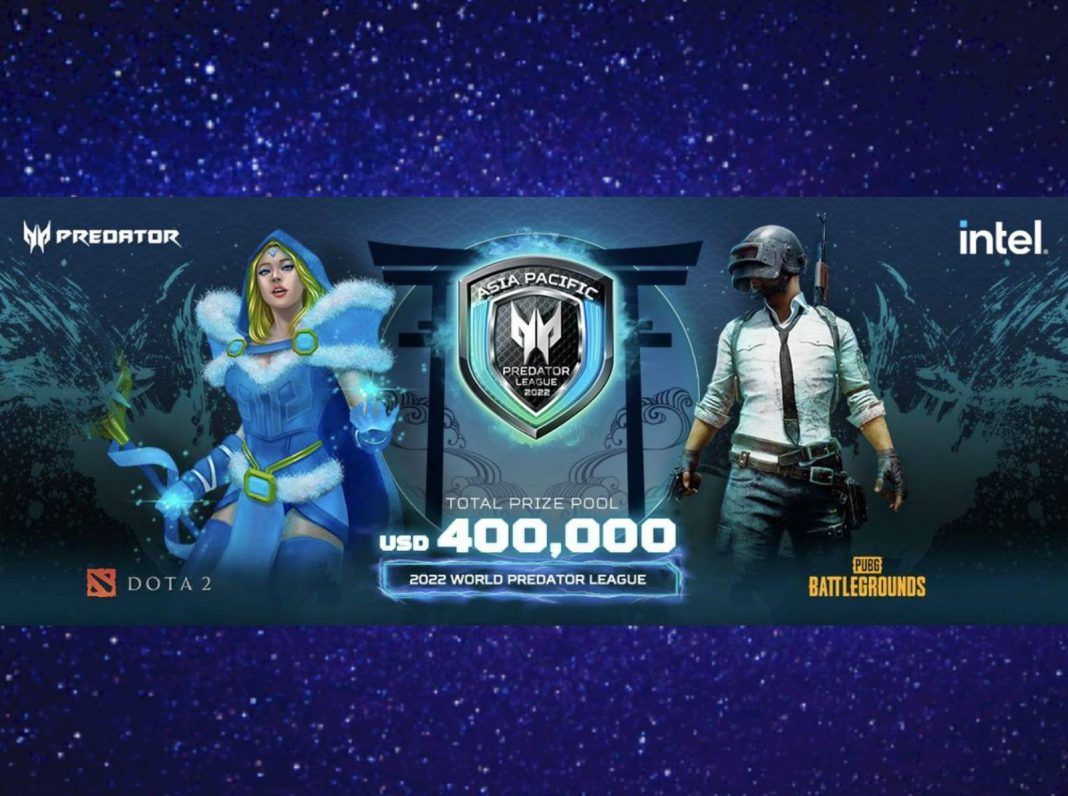 The Asia-Pacific Predator League 2022 Grand Finals returns in-person and will take place from November 11-13 in Japan. Qualified teams across 15 countries and territories will participate in this grand finals spectacular.

“After two years of lockdown and travel restrictions, we are so excited to meet the esports teams in-person again. ‘Become One’ is the theme for Predator League 2022, emphasizing the need to reconnect with fellow gamers and demonstrating Acer’s commitment to the gaming community,” said Andrew Hou, President of Acer Pan Asia Pacific Regional Operations.

The Asia Pacific Predator League Grand Finals will be held in-person with all its intensity and passion, as the teams are expected to deliver the ultimate play for fans across the region. This year, the competition will be divided into two tournaments: Dota 2 and PUBG:BATTLEGROUNDS.

The total prize pool for the qualifiers and winners of the two tournaments is US$400,000; winners of each tournament will also be given the coveted APAC Predator League Shield and Predator gaming products from Acer.

The stories behind the teams from each region will serve to elevate the drama, highlighting the exciting return of the tournament. Fans can visit the official Predator League web site to find more about the league.