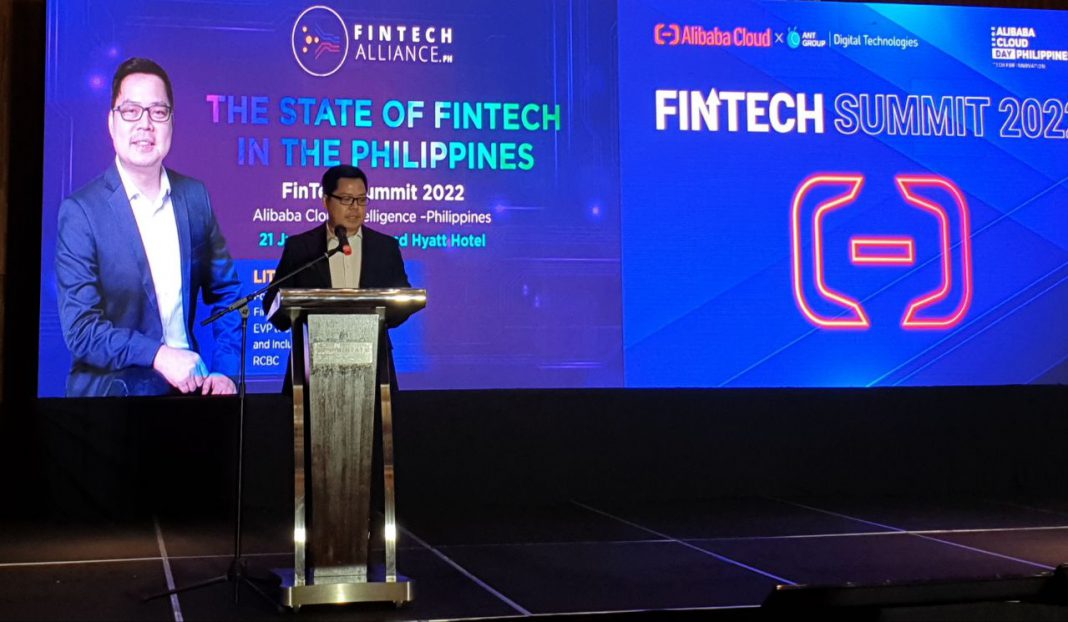 Photo shows FinTechAlliance.PH founding chairman Lito Villanueva sharing where the Philippines is heading to in the digital economy during the Alibaba FinTech Cloud Summit 2022 last June 21, 2022.

An alliance of digital finance players said that the Philippines is projected to be one of Asia’s digital hotspots in Alibaba FinTech Cloud Summit 2022. The founding chairman of FinTechAlliance.PH Lito Villanueva attributed the Philippines’ rise to being a digital hotspot to proactive support from the country’s leaders, constant collaboration among key industry players, and innovation within the fintech industry.

“The Philippines is now on the edge of becoming one of the prime digital hotspots in Asia. With very progressive legislators and regulators, mixed with a dynamic fintech industry, the country is indeed poised to become a robust digital economy,” the founding chairman said in the gathering of industry leaders and experts last June 21, 2022.

The founding chairman of the alliance lauded the numerous legislations under the Duterte administration which laid the foundations for building a more inclusive, innovative and dynamic digital finance environment in the Philippines. Villanueva cited the National ID System, foreign investments act, and the consumer protection act as key legislations that prompted the rapid development of digital finance in the Philippines. He added that these actions from the government were instrumental in pushing government agencies to digitize their financial transactions.

Villanueva recognized the entry of Elon Musk’s Starlink the Philippines as an opportunity for the country to build a strong digital infrastructure. The satellite project led by Musk is expected to have a speed of 200 mbps and to provide affordable data to rural areas in the Philippines. He said that bringing the internet to the rural areas will unleash financial opportunities for many Filipinos, especially those who work in agriculture and fisheries.
These recent developments in the Philippine digital finance catapulted the Philippines to being the world’s fastest adopters of cryptocurrency. Villanueva added that the world’s biggest crypto exchange Binance will start their operations in the country and that the country is leading in NFT ownership.

Villanueva mentioned that he is optimistic that the incoming Marcos administration will build on the milestones and legacies of the outgoing administration on digital finance. He emphasized that the alliance is open to working with the incoming administration with its digital agenda, especially that president-elect Marcos declared a digital-first policy.
Alibaba Cloud Day Philippines: Fintech Summit 2022 was a gathering of government leaders and digital financial industry leaders and experts in Grand Hyatt Manila.