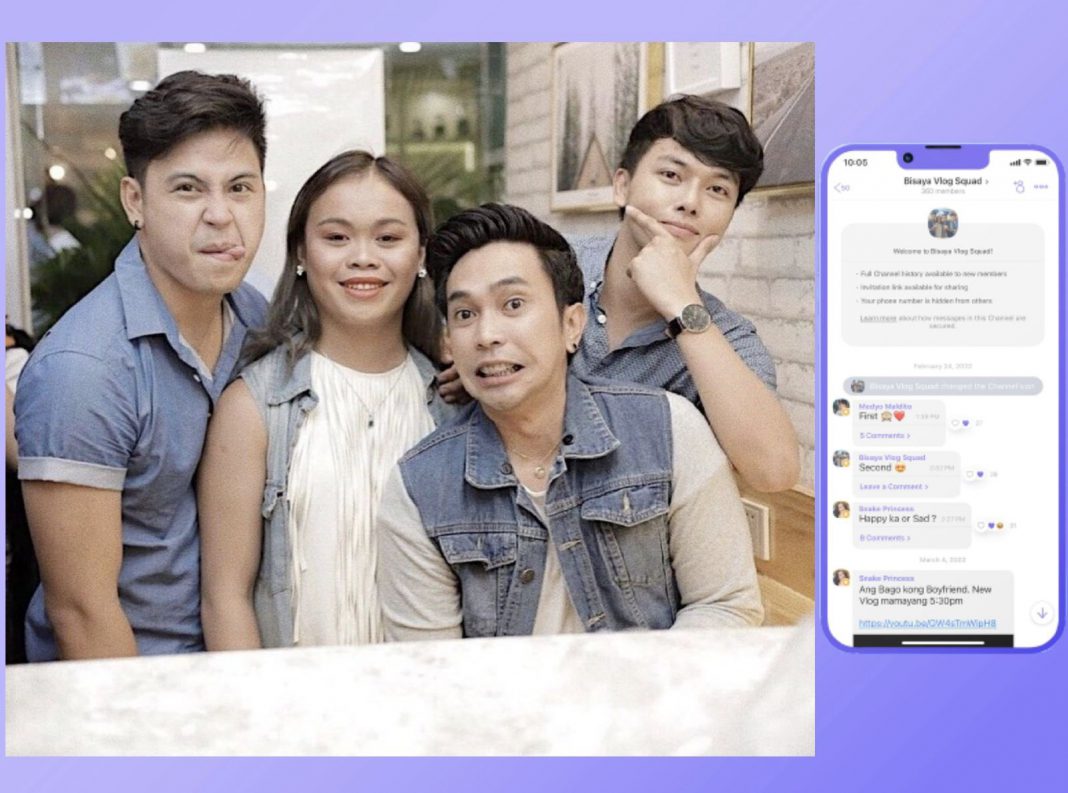 Stay on top of their (mis)adventures and more, join the Bisaya Vlog Squad Viber Channel now!

Your favorite Bisdak content creators are now on Viber! Welcome Medyo Maldito, Snake Princess, Jasper Amorin, and Glester Capuno—also known as the Bisaya Vlog Squad—as they open their very own channel on Viber.

Stay on top of their lives, adventures (or misadventures!), pranks, and whatnot by following Bisaya Vlog Squad Viber Channel! As a special treat to all their loyal fans, Viber is launching a special sticker pack with the chibi version of the squad and some commonly used Cebuano expressions that Viber users can use in their own one-on-one or group chats.

“Niabot na jud kami sa Viber! Mapasalamaton ug madasigon kami to partner with one of the biggest messaging apps in the world to bring more content to our fellow Bisaya wherever they may be,” the group says. “The Bisaya Vlog Squad Channel will  showcase a fresh aspect of Filipino humor and creativity.  We hope this will also help other Bisdak content creators to be recognized.”

Members of the Bisaya Vlog Squad have risen to popularity for their relatable, witty, and sometimes hugot content, with their social media pages racking up over 8M total reach. Each member has a strong following for their individual works. Medyo Maldito, who has co-written at least two Visayan pop hits Sa Akong Heart (In My Heart) and Hahahahasula, has recently collaborated with Glester and Jasper for the new single With You. Meanwhile, Snake Princess has recently gone viral for sharing her beauty transformation.

More surprises are in store to all the Viber Channel’s subscribers as the squad keeps the fun going with exclusive promos in the coming months. Their avid followers can also expect exclusive content like vlogs that the Bisdak barkada won’t post anywhere else online.

“Viber is delighted to welcome Medyo Maldito, Snake Princess, Jasper Amorin, and Glester Capuno—the Bisaya Vlog Squad as a valuable partner. Their energy, wit, and relatability have been a source of joy, especially for the Cebuano-speaking Filipinos,” shares David Tse, Senior Director for APAC at Rakuten Viber. “We hope that through Viber, they will be able to connect with more Visayans, forge stronger ties with their avid followers, and of course, make them feel better with stories of hope, friendship, and humor.”

Tse adds that working with the Bisaya Vlog Squad is just a beginning, “Our Cebuano users can expect more from Viber in the coming months. We can’t wait to finally share them all with you in time.”

The Bisaya Vlog Squad Viber Channel is somewhat a first-of-its-kind offering in the app. To mark the launch of the channel, Viber is launching a sticker pack featuring the Chibis of the squad with popular Cebuano phrases. In April, fans get a chance to win Viber merch plus cash prizes in exclusive Bisaya Vlog Squad promos. One more reason for fans to sign up to the Channel is they get first dibs on monthly Viber-exclusive vlogs from Medyo Maldito, Snake Princess, Jasper Amorin, and Glester Capuno.

Viber Channel is a new feature that can help brands, organizations, or even artists share information with a wider audience. What’s great about this is that only admins can post in a Channel and see pertinent information about the subscribers to keep their privacy from others. They can also open the comments feature of each post to engage with their subscribers while keeping the feed clutter-free and more organized.