RUSSIA’S WAR AGAINST UKRAINE: For whom the bell tolls 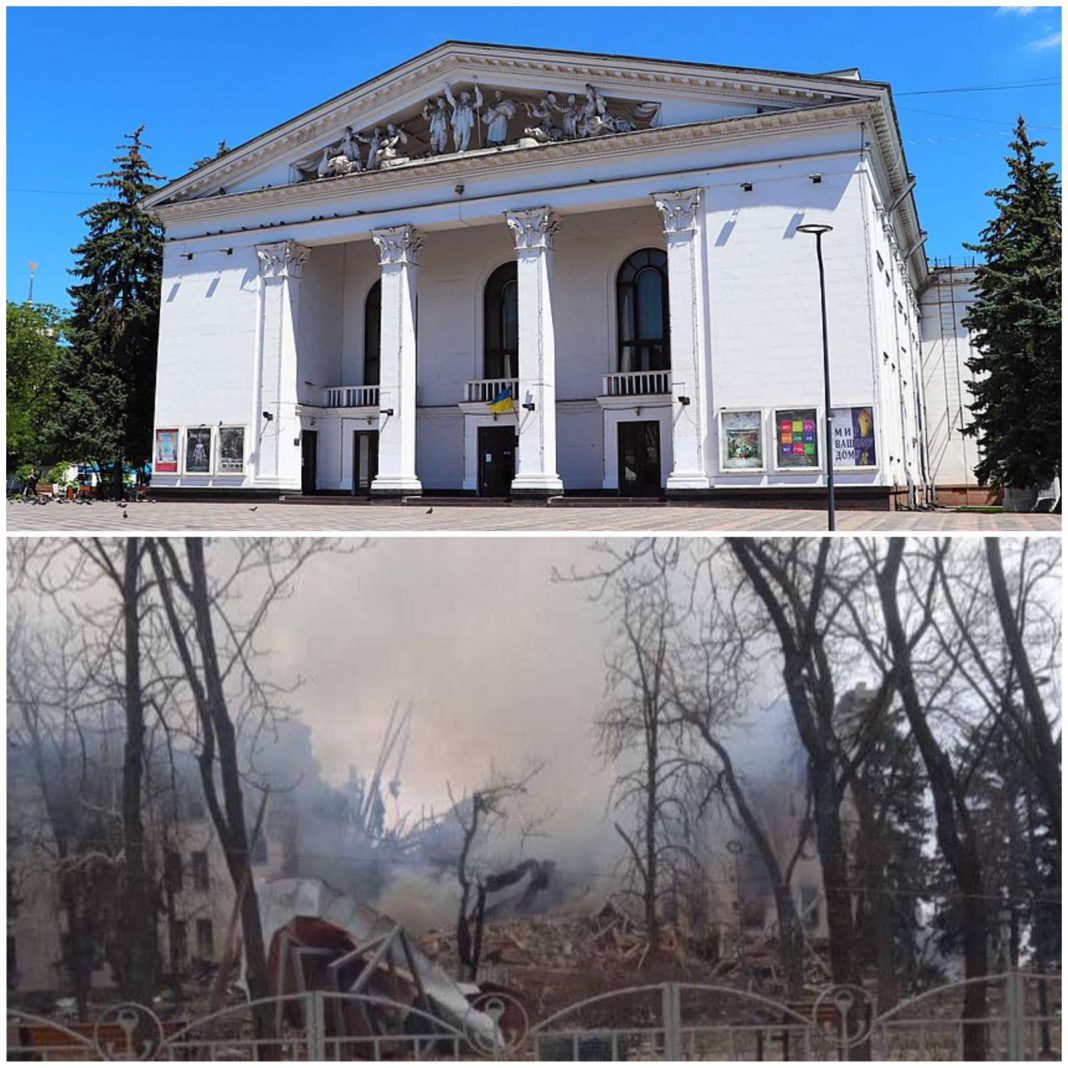 In photo: The massive Russian attack on the Drama Theater in Mariupol where hundreds of innocent civilians were hiding was turned into ruin despite the fact that Russians knew that the place served as a civilian shelter. (Photo from Dmytro Kuleba Twitter)

By Olexander Nechytaylo, Non-resident Ambassador of Ukraine to the Philippines

It has been almost a month since Russia made a mockery of the international law and the United Nations Charter by waging a full-scaled cruel war on my country. Moscow openly challenged the world by putting into question the right of every nation to lead its existence free from external interference, subversion or coercion.

So, where do we stand now and what is the end game?

First and most obvious fact: Russia failed to achieve its immediate military objectives. Kremlin’s pipedream of a blitzkrieg has been forgotten like it never even existed. All major cities across Ukraine remain under the control of the Ukrainian Government. At the time of writing this article, the enemy lost almost 15,000 personnel, including 6(!) generals, 476 tanks, 96 airplanes, 118 helicopters, countless vehicles, equipment and axillary hardware. Some of the most elite units, including Pskov Air Assault division, Taman Motor Rifle division, Ulyanovsk Air Assault brigade were practically annihilated by the Ukrainian Armed Forces. Even human resources, something that has never been lacking and therefore hardly had any value to the Russian leaders, is running out. Last week Defence Minister Shoigu signed off the clearance to engage 17-18 years old teenagers to fight in Ukraine. In fact, the losses are incomparable to any other military campaign led by Russia so far. Brilliant strategy of the Ukrainian Armed Forces proved to be very effective. More importantly, Russians failed to break our people’s morale and our will to resist. Even in the areas, where the aggressor managed to move forward, the civil disobedience and defiance of the locals came as a shock to the occupiers, who naively believed their own propaganda promising a ‘walkover’.

Losing momentum and motivation the invaders resort to the tactics they had widely used in Chechnya in Syria – indiscriminate massive attacks against the civilian population. Cities with millennial history flattened to rubble. The world is witnessing a global scale humanitarian catastrophe, as Ukrainians pay heavy price for their freedom: 4,000 civilian casualties, including 115 kids, 6.5 million internally displaced persons, 3.5 million refugees in Europe. Following the referrals of 39 countries, the UN’s International Criminal Court opened an investigation into the war crimes committed by the invaders. Due to the scale of the atrocities and the complexity of the prosecution, there are growing calls for establishing a special international tribunal for the Russian war against in Ukraine.

Internationally, Moscow has lost the access to the global banking system and financial markets. They are being increasingly isolated in their ability to trade, travel and compete in sports. Putin has become toxic, even his close allies seemed to be taken aback by his irrational moves. Russia has broken a record (if there’s such thing) by becoming a global leader by the number of sanctions imposed against it. There are some skeptical voices as to their effectiveness, but the plain truth is that Russian economy is going down at an astonishing speed.  Clearly, for oligarchs and the Kremlin goons Putin is no longer the source of wealth and power – more of a liability. They are used to enjoy all the luxury from the countries they claim to despise, their children study, live and until recently had businesses in the ‘so much hated’ West. Will they be ready to give it all up?

Last but surely not least – it has been a test for the quality leadership. While the ‘strongman’ is hiding in the bunker and keeping a few meters distance during rare and carefully orchestrated public appearances, President Zelensky has shown extraordinary bravery by refusing to leave Kyiv, encouraging Ukrainians from the streets of the national capital and finding time to address parliaments across the globe.

Make no mistake – in time we will rebuild our beautiful country. And Russia will pay for every life lost, every house destroyed and every tear of children, who orphaned because of their aggression. But for now, each member of the international community must cease contacts with Russia at all levels, particularly when it comes to the officials, diplomats and military command directly responsible for planning and committing the war crimes in Ukraine. Some ASEAN countries have a long history of defence and military cooperation with Moscow, but let’s be very clear here: there will be no more business as usual. Almost all major international brands from all industries already said ‘No!’ to Russia.

Similarly, responsible media should not fall into a trap of false narratives and brutal disinformation that mislead the public, incite distrust and hatred. Russia is an outlaw, and it ought to be treated accordingly.

Four weeks into the war the clock on the Spasskaya tower of Kremlin is ticking. Every hour the peal of the bells gets louder. What started as a fake ‘denazification’ may well end up as a genuine and comprehensive ‘deputinization’.