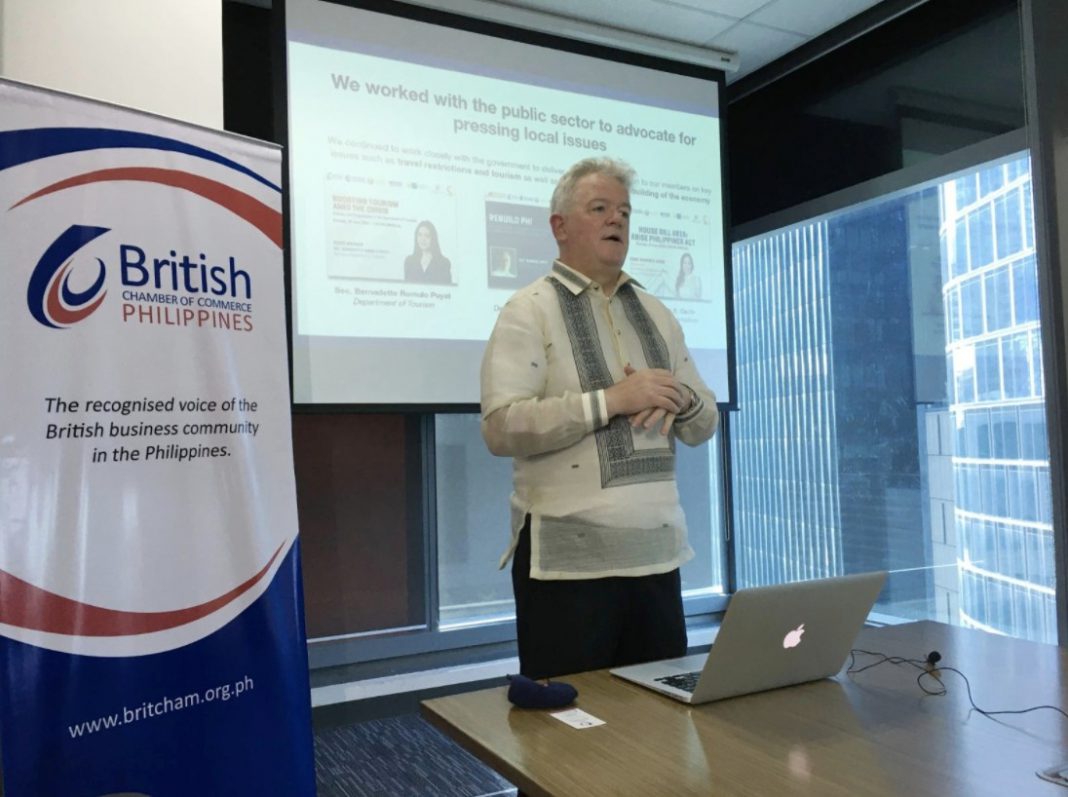 Speaking to THEPHILBIZNEWS, Nelson said, “The economic reforms is something that many foreign companies wish to happen soon because they see the potential of the Philippines in one of the investment hubs in the region.”

“There has been growing interest from UK companies doing business and investing in the Philippines. The signing of President Duterte is commendable and we also thank the congress and senate for making the necessary economic reforms to be realized. This will certainly entice many foreign investors as the business environment becomes conducive and not restrictive anymore,” he said.

Nelson believes the Philippines remains attractive for long-term investments. “Obviously we know the forecast growth for [Philippine economy wish is] about 7 to 9% and British companies can see the potential. And one thing I just want to emphasize about the UK, in particular, is the fact that [the British Chamber] obviously promotes the Philippines, not only as a market, that’s very viable for companies, but also an entry into Southeast Asia”, Nelson said.

According to Nelson, he hopes the policies and measures pursued by the outgoing administration regarding opening up the economy to continue with the new administration taking over this coming national elections, “I think there’ll [next administration] be hoping to see that continuing, but our investors and the way we discuss with them is for the longer term and the potential of the Philippine market. Its 110 million people is growing. It’s dynamic. And of course the workforce. I mean, [the Philippines] has very many talented people and that’s a great attraction.”

More importantly, Chris emphasized how the two remaining economic reforms namely, the Foreign Investment Act and New Retail Trade Law and the Philippines’ ratification of membership to the Regional Comprehensive Economic Partnership (RCEP)  would be vital contributors in boosting Philippine economic recovery in the post-pandemic era.

Furthermore, Nelson adds joining RCEP would mean favorable opportunities for the Philippines. “This will give the Philippines a great area in terms of trading. Now, there have been some concerns expressed, particularly through the agricultural sector, but in all fairness, the Department of Trade and Investment and the lead negotiator under Secretary Alan Gepty has addressed and covered the concerns raised, Nelson said. Besides RCEP, the Chamber is looking forward to the passage of the amendments to PSA very shortly, as it only awaits the President’s signature.