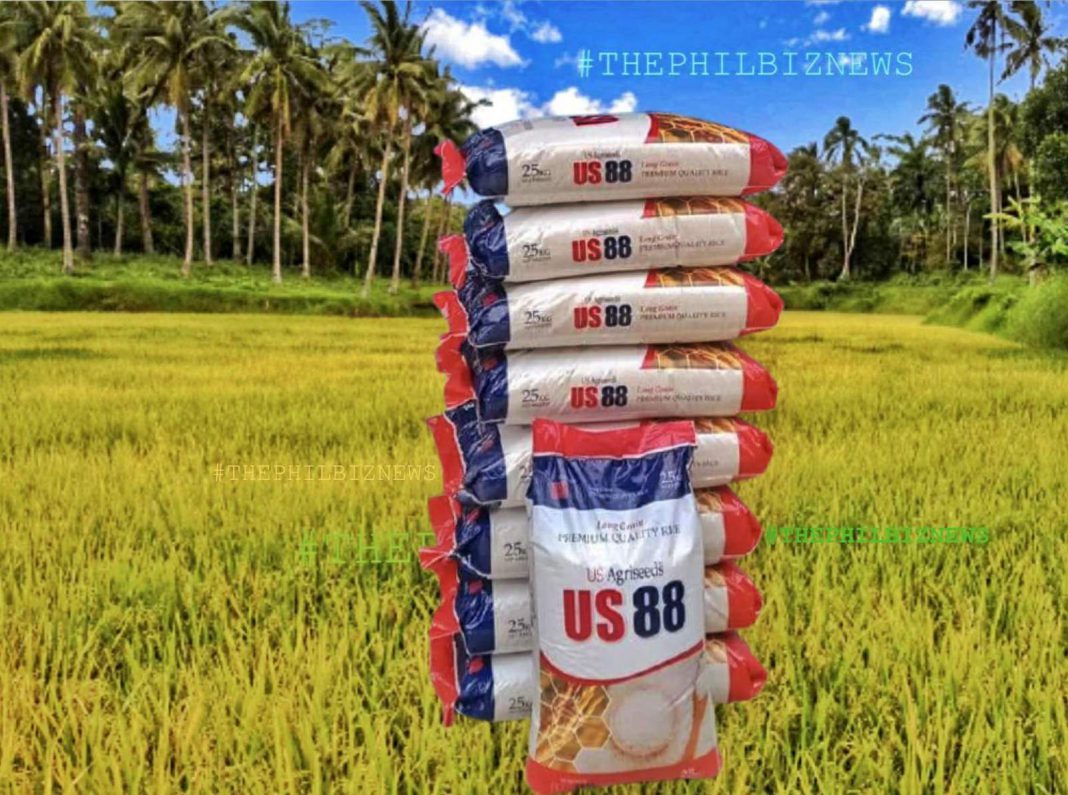 US 88 continues to prove its potential as a high-yielding hybrid rice variety.

SeedWorks’ US 88 bested other hybrid rice varieties from eight other seed companies in the Hybrid Rice Varietal Derby at the Central Luzon State University (CLSU) compound in Muñoz, Nueva Ecija. The hybrid rice derby was organized by the Department of Agriculture (DA) – Regional Field Office III (DA-RFO3) in collaboration with CLSU, the Philippine Rice Research Institute (PhilRice), and the Provincial Agriculture Office of Nueva Ecija.

The Hybrid Rice Varietal Derby was aimed at showcasing the potential of different hybrid varieties and identifying best cultivation practices. It was launched under the national agriculture department’s rice resiliency project—Ahon Lahat, Pagkaing Sapat Kontra Covid-19 program—covering the dry season from 2020 to 2021.

In the said derby, US 88 was declared the highest yielder after it recorded an average yield per hectare of 9.45 metric tons, which was significantly higher than the second placer that had 7.81 metric tons and the third placer that yielded 7.07 metric tons.

The 12th NRTF overall Top 1 highest yielder, farmer Relito Ventura cultivated US 88 in the competition using manual transplanting culture and harvested 206 bags of palay per hectare at 56.8 kilograms per bag, for an average yield of 11.7 tons per hectare.

Ventura noted that US 88 produces more productive tillers and has longer grains, which buyers prefer. With his breakthrough yield, he encourages other farmers in Region 2 to plant US 88 “dahil bukod sa mataas umani at long grain, ay ubod pa ng sarap.”

DA Region 2 Executive Director Narciso Edillo has even highlighted Ventura’s surprising experience to inspire other farmers in the region to adopt hybrid rice technology. During the National Rice Awareness Month (NRAM) Culminating Activity in Region 2 held last 26 November 2021, Ventura was given a Certificate of Award as a TOP YIELDER using US 88 hybrid rice during the 2020-2021 Dry Season in the Province of Isabela and was rewarded with five (5) bags of Inorganic Fertilizer by the DA-RFO2.

Apart from his abundant harvest using US 88 hybrid rice, SeedWorks Philippines also rewarded Ventura with a brand-new motorcycle with side-car, which he could practically use for farming and other livelihood purposes. He is now among the growing list of farmers who have actually realized and experienced the higher yield that US 88 can bring about compared to traditional and other hybrid rice varieties.

“We are continuously supporting the country’s goal of ensuring sufficient supply of locally produced rice with the high-yielding varieties we offer, particularly US 88 which is also a premium long grain rice,” said SeedWorks Philippines President Carlos Saplala. “The company actively participates in rice demos and competitions to further showcase US 88’s potential to help make farmers more productive despite all the natural and unexpected challenges that come our way.”

Earlier this year, SeedWorks also rolled out a program to further assist its partner-rice farmers by facilitating the link between them and various millers who agree to buy US 88 palay (unhusked rice produce) at prices that are ₱1 higher compared to the average local prices. The initiative has also paved the way for the wider commercial distribution of milled US 88 rice in standard 25-kilogram sacks to retailers, which sell the commodity to consumers.

Reaching for the star: This small-scale enterprise seizes dream in the midst of pandemic