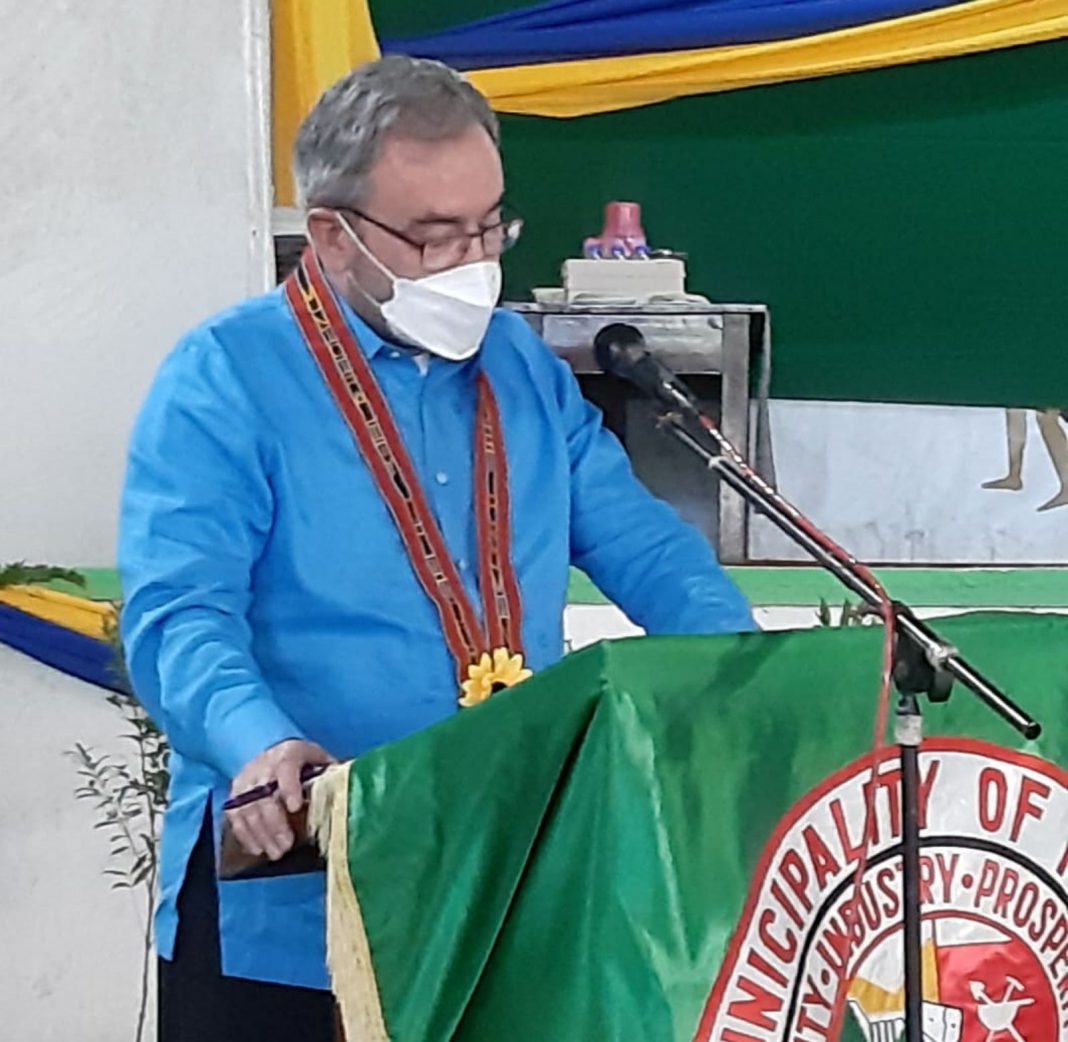 In photo: EU Ambassador Luc Véron during the turn over disaster and climate risk modules at Itogon, Benguet

EU Ambassador Luc Véron underscored the importance of building sustainable and resilient communities so that they are less vulnerable to risks and disasters during his visit to Itogon (Benguet).

“It is better to be prepared and pro-active rather than being reactive”, he said. It is our goal to assist civil society organizations and barangay officials so that they can have a voice in disaster and climate risk governance”, he added.

Ambassador Véron handed over disaster and climate risk modules and early warning kits to Itogon civil society organizations and local government officials. These materials take into account the needs of people with disabilities in the event of disasters.

Itogon Mayor Victorio Palangdan thanked the European Union for the assistance it rendered to Itogon as it enjoined local communities to help protect Itogon’s environment.

With the EMPOWER project (“Empowering Municipalities, Barangays, Civil Society Organisations and People’s Organizations through Working Together to Enhance Disaster and Climate Risk Governance”), the European Union contributes to strengthening the resilience of high-risk communities and their involvement in disaster risk governance. The project mobilises municipal champions for disaster risk reduction and climate change adaptation, facilitating capacity-building activities where all sectors are able to learn from each other.

The project officially started in January 2020 and is implemented by the Adventist Development and Relief Agency, and Humanity and Inclusion. The EU has provided a total of Php 22 million grants for this initiative.

“Our barangay has made use of the mega-phone and other early warning devices initially given to Tinongdan most especially when we were hit by typhoon Maring”, Mr. Atumpay added.

Images from European Union in the Philippines