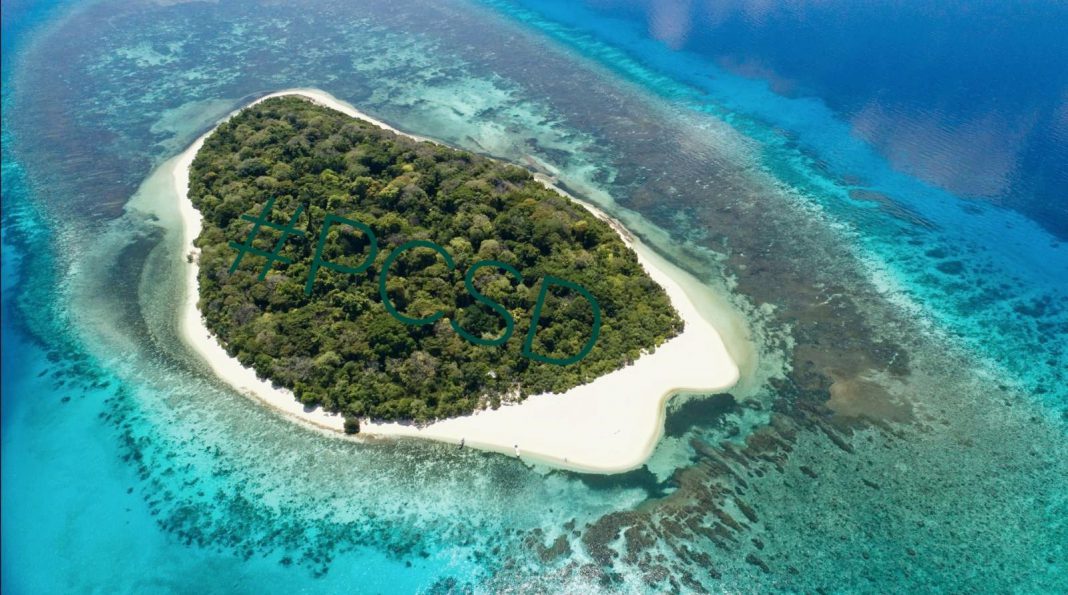 In photo: Ursula Island, a wildlife and gaming sanctuary off the coast of Batarza in Southern Palawan, is one of several natural reserves in the province that the Palaweños are proud of.
Photo courtesy of Palawan Council for Sustainable Development

When Republic Act 7611 or the Strategic Environment Plan (SEP) for Palawan became a law, the province acquired a strong foundation for clear policies on the protection of the environment – Palawan being touted as the country’s “last biodiversity frontier”.

SEP then created the Palawan Council for Sustainable Development (PCSD) giving the local government of Palawan direct jurisdiction over its natural resources.

The agency is seen driving the efforts to uphold and implement sustainable development in Palawan, taking advantage of newly-available scientific data, while establishing a system that controls, protects and develops Palawan’s natural resources.

Two contentious national issues push the role of PCSD under the microscope – one, that some of the province’s fishing grounds, particularly in Kalayan, form part of the West Philippine Sea; PCSD is highly involved in addressing the security and development concerns on the West Philippine Sea as it believes that the matters relating to the WPS are crucial to the well-being of Palawan, as well as national security and development.

The second contentious issue that PCSD has to address arise from the new policy pronouncements on mining agreements.

The PCSD’s position of balancing interests between economic growth and sustainable use of our natural resources is an extraordinary feat laudable in the midst of health crises and economic frailties.
According to Atty. Teodoro Jose Matta, Executive Director of PCSD, “on Palawan’s shoulders lie that task of showing how to strike a balance between the desired social and economic growth and the preservation of the country’s natural resources.”

Atty. Matta explains that PCSD develops methods in order to achieve this “balance”.

One method is the Environmentally Critical Areas Network (ECAN), which provides a graded system of protection and development control over the terrestrial, coastal and marine components of the province.
Recently, the ECAN maps of Palawan’s municipalities of Quezon and Bataraza, known to be economically dependent on mining, were submitted for amendment.

The requested updates in the zoning classifications of the maps are seen as can potentially allow the expansion of mining activities in the areas.

Upon scrutiny of all factors presented, the updates to ECAN map will be approved by the PCSD if the council deems them consistent with what are prescribed in SEP law and other current guidelines.

While some dissent against mining is expected, the fact that environmentally sound mining practices (or responsible mining) exist should also be considered.

According to Sec. Harry Roque, Presidential Spokesperson, a recent visitor to Rio Tuba Mining in Palawan, “in a period of economic struggle, responsible mining should be treated as a promising economic contributor that can bring development especially to the local communities where the economic stimulus is needed the most.”

Roque says, that when done responsibly and within the bounds of existing laws, mining is socially and economically beneficial both to the local and national economy.

Based on data from the Philippine Statistics Authority (PSA), the Philippines is one of the world’s richly-endowed countries in mineral resources.

In fact, the national government recently acknowledged the significant economic benefits of the mining industry when it issued Executive Order No.130 on April 14, 2021, effectively lifting the moratorium on mineral agreements.

If there is one place where the proper balancing of interests should be done, it is in the Province of Palawan.
And the Palawan Council for Sustainable Development is determined to achieve just that.