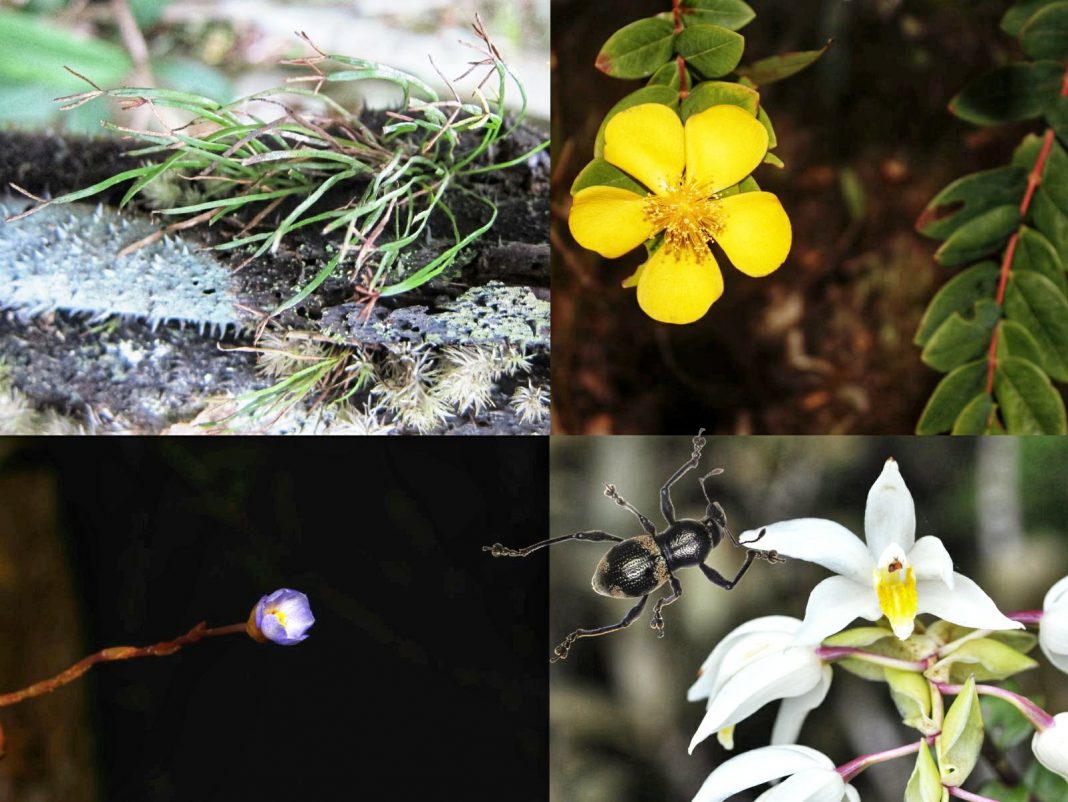 A new terrestrial orchid species, called Dilochia deleoniae belonging to the Orchidaceae family was recently discovered in Mt. Hamiguitan Range in Davao Oriental. This endemic species prefers to open in partly shaded habitat, where it is found in clumps or scattered.

Meanwhile, a new species of flowering plant called, Hypericum perryongii Galindon, sp. nov was discovered in a narrow summit of Mt. Hamiguitan. This species flowers from June until late July and fruits in August.

Another flowering plant,Vaccinium hamiguitanense, of the Ericaceae family, was discovered in Mt. Hamiguitan. The said species is similar to Vaccinium gitingense but has smaller leaf blades and inflorescences with fewer flowers.

A new species of grass fern, Actinostachys minuta Amoroso & Coritico was also discovered in Mt. Hamiguitan. It is an epiphyte on the trunk of the tree fern embedded between adventitious roots.

Also found in Mt. Hamiguitan is a new species of snout beetle, Metapocyrtus (Artapocyrtus) bronsi sp. nov.The new species is named after the Mandaya word “bronsi,” due to the prominent  bronze scale markings on the integument.

The research team also collected a pygmy grasshopper called Arulenus validispinus, which had not been recorded for more than a century. This species is commonly known as the four-spined pygmy devil.

Another discovery is the Gymnosiphon syceorosensis (Burmaniaceae), a type of flowering plant that obtains nutrients from mycorrhizal fungi, is considered as the second new species for the Philippines because only one population of G. syceorosensis has been discovered and no estimation of its abundance or overall distribution has been made.

The 3-year PCAARRD’s Biodiversity S&T Program aims to update, assess, and monitor  biodiversity and evaluate the physico-chemical properties of selected mountain ecosystems in Mindanao for conservation and sustainable development. Headed by Dr. Victor B. Amoroso, the assessment of biodiversity was conducted in selected mountain ecosystems such as Mt. Hamiguitan in Davao Oriental, Mt. Apo in North Cotabato, Mt. Pantaron Range in Bukidnon, and Mt. Tago Range in Bukidnon.

This research has explored the different ecosystems in a landscape approach, using biodiversity and forest condition assessments as basis. Among the significant accomplishments of the project is the discovery of new species and new species records for both flora and fauna in Mindanao.

The species of ferns and lycophytes of Mt. Tago range were documented in a checklist, along with information on their distribution and conservation status. The list is based on a comprehensive field survey conducted by the authors in 2018 and 2019 and comprises 203 species belonging to 29 families and 89 genera. Of these species, 187 are ferns and 16 are lycophytes.

Interrelated data obtained in this research will serve as a basis for policy-making bodies in formulating policies relevant to biodiversity conservation. Mentoring and capacitation of stakeholders will ensure sustainability, monitoring the remaining threatened, endemic economic/iconic species and their habitats.