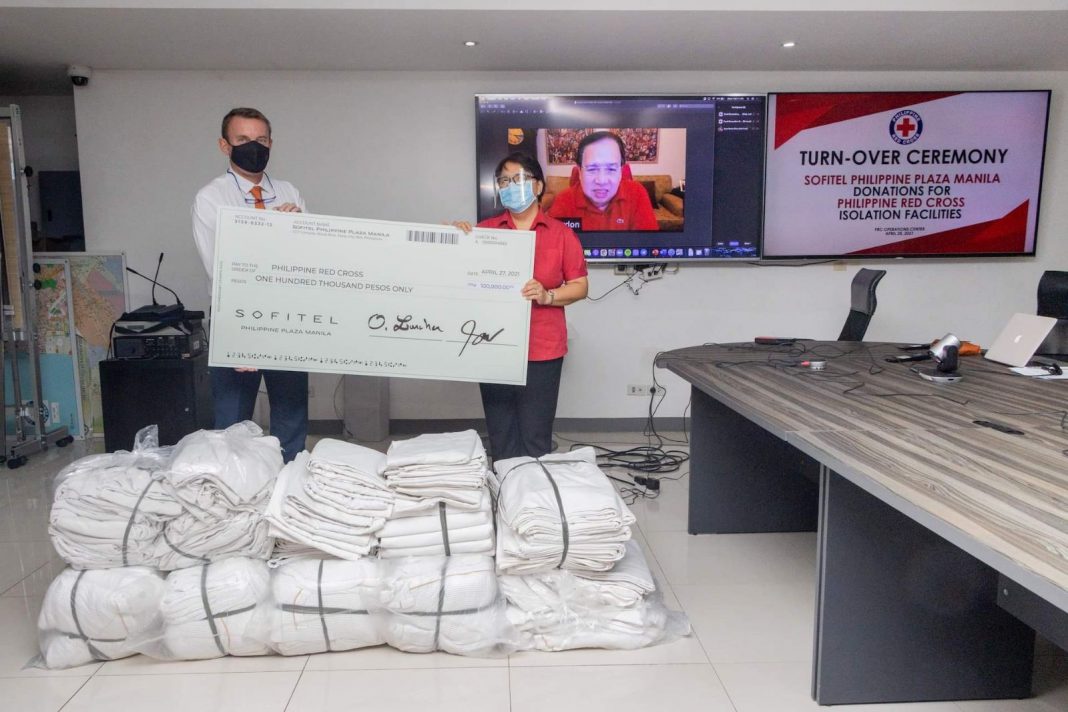 Sofitel Philippine Plaza Manila and its employees continue the commitment to helping and working with the community as the country soldiers on amid the health crisis. On April 28, 2021, the hotel handed over a donation cheque of Php100,000 to the Philippine Red Cross to help further the organization’s humanitarian operations.

The amount was raised through the hotel employees’ virtual fund-raising initiative despite likewise experiencing struggles due to the pandemic. In addition,1,400 sets of linens were donated to aid isolation facilities.

Sofitel Philippine Plaza Manila is proud to be of service to the community, most recently donating aid to the fire victims of Pasay City and its residents in evacuation facilities, as well as those in COVID-19 isolation, earlier this month.

Proceeds were donated to sustain lunch packs for vaccination drive volunteers and provide clothes for families affected by a fire that hit a residential area. In addition, more than 700 assorted hotel linens were provided for isolation and evacuation facilities. Representatives from the Pasay City government led by Mayor Emi Calixto-Rubiano, together with Chief of Staff Atty. Peter Pardo and Protocol Officer Mr. Adrian Martinez, received the donations handed over by Sofitel Manila General Manager Olivier Larcher.

“We hope these humble contributions could help our neighbors to recover during these trying times. As we go through tough challenges not only as an industry but as a nation, Sofitel Manila’s employees have been inspired by the Heartist spirit—one of our core values that aim to create heartfelt experiences. Together, we can create communities of support that could make a big difference even with the simplest of gestures,” shares Mr. Larcher.

Baristas vie for Best in Latte Art at &More by Sheraton