SCPA celebrates 25th year by paying it forward to ‘start-ups’ 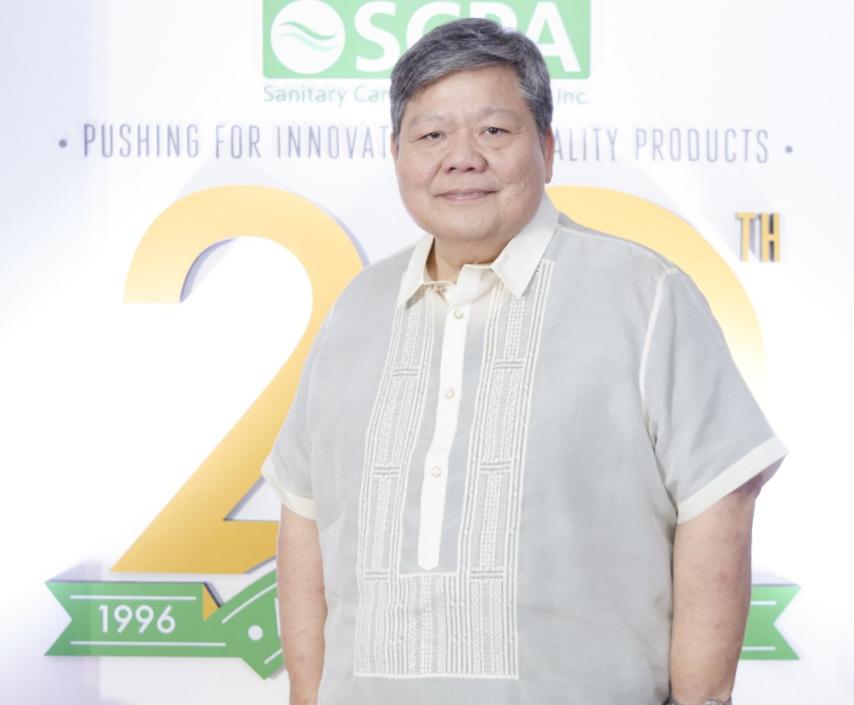 Not many are aware of how a local company dared to face a giant multinational company and succeed. This is the inspiring story of homegrown hygiene company Sanitary Care Products Asia (SCPA). It’s a repetition of the Biblical story of David and Goliath.

Reaching this milestone was not a walk in the park, revealed by SCPA Chairman and Founder Mr. Renato Sio during the virtual event last March 18.

“We bank on our people. We give chance to everyone and truth them,” Sio said. Perhaps, like the Parable in the vineyard, the founder of SCPA wants everyone the job opportunity they deserve.

The homegrown hygiene company Sanitary Care Products Asia (SCPA) has provided homegrown brands for Filipinos such as Sanicare, Femme, Tisyu, Cheers, Naturale, and Jade, “Great love for what we do and the people we do it for,” has been the running mantra of the company,” Sio added.

The Sio patriarch wants the silver anniversary celebration not just to be different but more meaningful and inspiring.

Hence, SCPA Chairman and Founder together with his son, Venjosef Sio announced their plans to enable Filipino dreams together with the Asian Institute of Management-Dado Banatao Incubator (AIM-DBI). They will join forces to celebrate SCPA’s silver anniversary through an initiative that empowers the new breed of Filipino business leaders, called the Human Investment x Impact Grant for Entrepreneurship and Empowerment or, simply, HIIGENE.

The HIIGENE program – as explained by the key speakers – is a search that will provideopportunities to deserving start-ups to accelerate Filipino businesses. This is the first time that AIM-DBI will emphasize people management philosophy as their top criterion, fully integrating SCPA’s DNA in the program. It will be anchored in the Sio family’s legacy of a people-first philosophy, inspiring entrepreneurs to put up a trailblazing company built on their peoples’ loyalty, trust, and respect.

Also present in the launch was ‘dreamagineer’ and AIM-DBI Executive Director Mr. Prim Paypon, founder of a non-profit organization called The Dream Project PH. He shared that through HIIGENE, qualified start-ups have the chance to hone their leadership skills and grow their businesses through a 3-month long AIM-DBI mentorship program.
Also, up to 3 companies can be awarded cash grants of up to PHP 500,000 each to fund their businesses. Truly, this collaboration is SCPA’s purposeful way to serve as a channel of blessing to Filipinos who aspire to create positive change in society.

The accelerator program’s activities are all set and scheduled for the rest of the year. Interested start-ups from AIM-DBI’s pool of 2018 alumni to 2021 enrollees may send in their applications starting April 1 until April 30. These applications will undergo a rigid screening to make sure the grant will be awarded to those who fit the core philosophy of both SCPA and AIM-DBI. The awarding of grants will follow in June, ending in October with a culminating activity to highlight the winner’s progress.

The launch of this philosophy-designed program was monumental for SCPA and highlights AIM-DBI’s 3rd anniversary this month. The collaboration of these two organizations strengthens their respective belief in creating meaningful human impact through local businesses.

Prim Paypon shared, “What sets HIIGENE apart from other grants are these: First, this is the only time a local company is collaborating with a business school incubator work with startups as a pioneering business-academe-and-startup partnership. Second, when you talk about financial grants or competition grants here and abroad, we always talk of the innovation of the product or the technology; you rarely come across – and probably this is the first of its kind in the Philippines – where the focus of the grant is going back to the people who keep the company thriving and growing. These set #HIIGENE apart from the rest of the financial grants.”

Reaching its silver anniversary despite recent economic challenges is no easy feat. ForSCPA, there is no better way to celebrate 25 years of success than giving back — not only because it is the right thing to do – but because it shares and honors a philosophy that allowed them to attain this accomplishment: Putting people first.