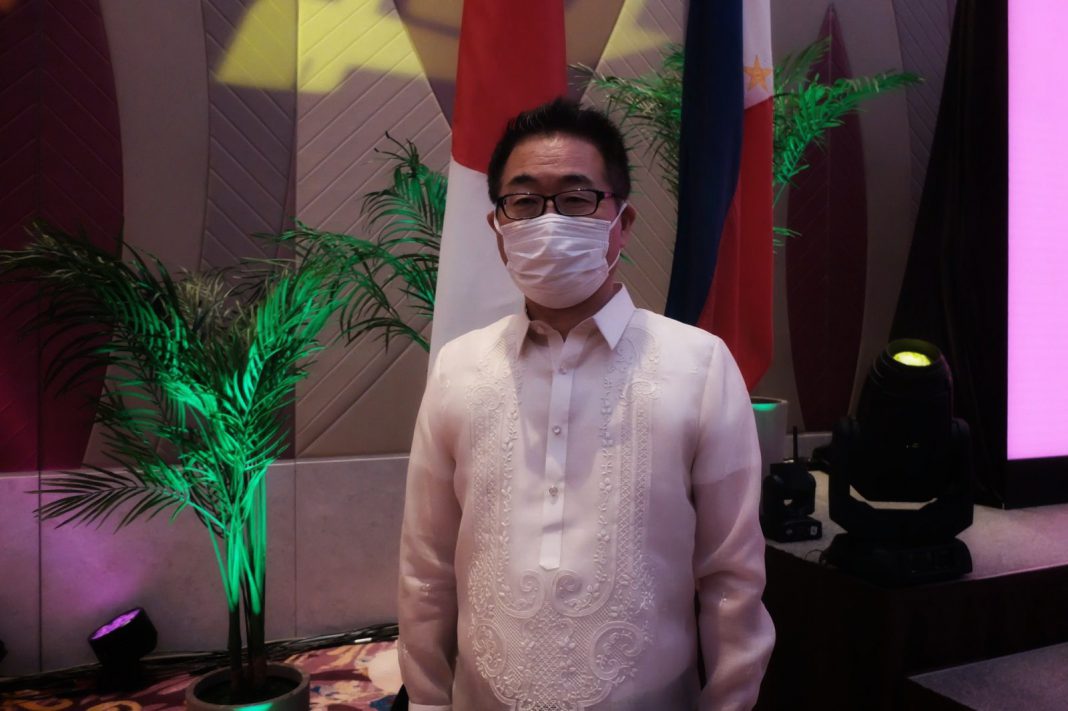 In photo: Japanese Ambassador to the Philippines His Excellency Koshikawa Kazuhiko

Japanese Ambassador Koshikawa Kazuhiko has expressed admiration for the Filipino people’s caring deeply for one another and towards visitors and said he expects closer cooperation between Japan and the Philippines.

Speaking to THEPHILBIZNEWS during the turnover of 5,000 UV-C irradiation devices donated by Universal Entertainment Corporation to the Department of Health (DOH) at Okada Manila, Paranaque City last Feb. 8, Koshikawa referred to bilateral relations with Japan as being in its “golden age.”

Here are his thoughts on the relationship and cooperative efforts between the two countries:

“Currently, Japan is working closely on several projects with the Philippine government such as the Philippines first subway system, the North-South Commuter Railway Project (Malolos-Tutuban), and its extension project, as well as the rehabilitation project of the existing Metro Manila Rail Transit System (MRT) Line 3, and other government’s Build, Build, Build programs.”

“Japan is excited to work with the Philippine government and we are doing everything to attract more direct foreign investments in the Philippines. We are very proud of doing business here, and I was also happy to welcome the first tunnel boring machine that will be used for the Metro Manila subways. In Mindanao, we are also doing the Davao bypass. There are many more cooperations to take place.”

When asked about the ongoing territorial disputes of several countries with China, Koshikawa said: “Philippines and Japan are in a quite similar with China. We also have a territorial dispute on our very small island (Senkaku Island) near the East China Sea. The Chinese vessels are intruding and sinking the Japanese boats.”

The Ambassador also lamented the new law enacted by China allowing its coast guard to use violent force against foreign ships in the West Philippine Sea and the East of China Sea.

Still, he remains hopeful that cooler heads will prevail.

“South China Sea is a crucial sea lane not just for Japan and Philippines but also for other countries. There are many cargoes and emergency transits that come and go through this sea lane, so this must be free and open as we had in the past,” Koshikawa said.

The ambassador said he is working on providing the PCG two more bigger boats.

“Currently, both Philippine and Japanese Coast Guards are closely cooperating physically as Japan is set to provide hardware support and human resources training for our Philippine Coast Guards including joint drills, maritime defense process and take part in the Philippine-US joint exercise. This kind of military cooperation is also advancing,” he said.

While Japan has been closely cooperating with the Philippines and has been providing all the support needed by the country in terms of maritime defense, Koshikawa pointed out the need for stability in the region.

To keep and peace stability in the region, the close cooperation between Japan and the Philippines is needed, he said.

”The Philippines won in 2016 in the International Law Arbitral Award on the territorial dispute. Japan supports that. We must avoid conflict. We must follow the rule of the law,” said the ambassador.

“The big force should not use force to get what they want. There should be no force. All the countries concerned must keep the friendship and work amicably with other countries, and this will stabilize the whole region, and we will all grow together and will peacefully coexist with our neighbors,” he added.