PERRYSCOPE: Trump’s fate is at the mercy of the Senate 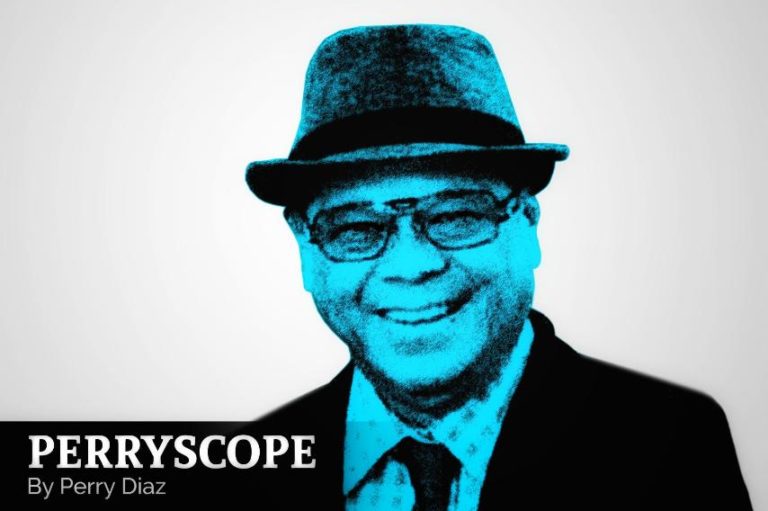 As I am writing this column, President Donald Trump has only two days left in his presidency.  Then he will go into retirement.  It must be hard for him to accept that he would be a one-term president being defeated by President-elect Joe Biden by a stunning eight million votes!  Yet he claims that he was cheated.  He claims that he won the election with millions more votes.  And to the very end he believes that Biden committed election fraud.  He filed more than 60 lawsuits in at least five states but the courts dismissed his lawsuits as baseless and without merit.  Even the Supreme Court dismissed two cases by unanimous vote of the justices, three of whom were his appointees.

He still believes that he will be president on January 20, 2021.  He believes that the American people will not allow Biden to be sworn into office.  And by all accounts, he is bent on pursuing the presidency even after Biden is inaugurated. How is he going to do it?  Is he planning to declare martial law and have Biden arrested?

Meanwhile, there are strange chatters in the Internet by Pro-Trump supporters.  One supporter said two days ago, “The good news!  Biden’s inauguration postponed!  Excellent!  Biden oath taking will never happen!  President Trump will continue as president indefinitely!  Wonderful! He’s the chosen one!  He’ll prevail!”  So I asked the supporter, “where did you get the information?”  He replied, “It’s the sharing of information about Pro-Trump!  Some actions have been executed but the official announcement could be a few days!”  I said, “Let’s see what happens.  You mean to say that Trump will take over the presidency on Jan. 20?  That would be a coup.” Then he said, “I don’t know!  But the government will be under military control!”  Whoa!  Is this what Trump’s supporters believe?  A martial law?  The question is:  Would the military support a declaration of martial law?  I doubt it.

I did my research and found an article that says, “Joe Biden postpones inauguration rehearsal over security threat as FBI warns of ‘concerning chatter’ after Capitol riot.”  It’s so easy to drop the word “rehearsal” from the sentence and totally change its meaning.  But this is the kind of chatter among Pro-Trump supporters that would give the impression that Biden has “postponed his inauguration.”  And pretty soon the word is out that Trump will stay as president indefinitely.  But nevertheless, it would be prudent for Biden to watch out for turbulence.  Last Friday, a Virginia man with fake inaugural credentials, a loaded handgun and more than 500 rounds of ammunition was busted while trying to pass through a U.S. Capitol Police checkpoint in downtown Washington.

Indeed, there have been rumors that Trump supporters – heavily armed militias – will converge on January 17th at the Capitol to finish what they started on January 6th – the overthrow of the government… a coup d’état.

While it is our fervent hope that Trump will go into retirement quietly, I don’t think he’d retire.  To the very end of his presidency, Trump truly believes that he’s been cheated in the election.  And that’s probably the reason why on Jan. 6, 2020, he tried one more time to lay claim to the presidency by inciting the large mob that had gathered in front of the White House.  He urged them to march down Pennsylvania Avenue to the Capitol 1.5 miles away.  He told them he’d lead the march.  But he didn’t.  But his supporters have been unleashed just like a genie out of the bottle.  Well, what happened Donald, did you decide to play golf instead of leading your supporters to lay siege on the Capitol?

But without Trump leading them  — they’re now on auto-pilot – the mob forced their way into the Capitol breaking window glasses and breaking down the doors.  Overwhelmed, the Capitol Police were overpowered.  And the mob went looking for lawmakers who gathered in a joint session to certify the Electoral Colleges votes.  Vice President Mike Pence who was presiding over the joint session was surprised when the mob started chanting “Hang Mike Pence!  Hang Mike Pence!”  Pence and his family ran and hid in a secure room.  He managed to evade the mob by a few seconds; otherwise, he would have been hurt by the mob.  Other legislators ran for their dear lives.  Fortunately, none of them were caught; otherwise, it could have ended in a bloody massacre.

At around 11:00 PM, after the National Guard — who arrived in the nick of time — had cleared the Capitol of rioters. The legislators assembled again to finish their business of certifying the Electoral College votes.  It was past 3:30 AM when the certification was complete.

On January 13th, the House of Representatives voted to impeach Trump for the second time during his presidency.  The lawmakers voted 232 to 197 to approve a single charge of “incitement of insurrection” for his role in encouraging a violent mob on January 6th.  Ten Republicans joined the Democrats in voting against Trump.

Trump denounced the impeachment as part of the “witch hunt” against him.  What follows is a Senate trial that requires a 2/3-majority vote, which is tough considering that the 50 Republican senators were mostly beholden to Trump.  But who knows, 17 of them could be persuaded to break rank with Trump.  However, if many Republicans would choose not to attend the Senate impeachment hearing, it would drastically decrease the number required to achieve 2/3-majority.

On January 17th, Washington DC looked like a war zone with more than 25,000 National Guard personnel deployed around the White House, the Capitol and other government buildings.  Seventeen other State Capitols have National Guardsmen deployed.  Other states have taken precaution to protect their Capitols with local police and law enforcement personnel.  The FBI assigned thousands of agents in various states.  America is at war!  And the enemies are from within.  At the end of the day, the militias – except for a few armed men – didn’t show up.  But that’s not an indication that they’ve withdrawn.  They will be around and show up when the government lets its guard down.  The Biden administration has to be vigilant and be ready to defend the Constitution again.

The Senate is expected to reconvene on January 19th.  However, with the election of two Democrats from Georgia, Jon Ossoff and Raphael Warnock, the number of Democrats in the Senate increased to 50, thus splitting the Senate 50-50.  The Senate President will be the incoming Vice President Kamala Harris, who would be a tie-breaker in the event the Senate vote is deadlocked.  Sen. Chuck Schumer will become the new Majority Leader at which time the Democrats would have full control of both houses of Congress.

Trump has laid out an elaborate grand exit.  On the morning of January 20th, just before noon, Trump will be flown in the Marine One helicopter to Andrews Air Force Base where the presidential plane, Air Force One, will be waiting for him.  Complete with a Color Guard and a military band, Trump will walk down a red carpet to review the Color Guard.  And then a 21-gun salute will be fired before he goes up the plane.  Upon reaching the top of the steps, Trump will turn around to face the gathered crowd of mostly media people.  He’ll wave for posterity and then enters the cabin, never to be seen again until he arrives in Mar-A-Lago as a private citizen.  Thus, the reign of Donald Trump will come to an inglorious end.

Meanwhile, back at the White House, the swearing-in of President Biden will begin at 12:01 PM.  Barring disturbances created by Trump’s supporters, Biden will take his oath of office after which a military aide will signal him that he has the nuclear football, a different version of what Trump had during his presidency.  Trump’s nuclear football, which he had with him on Air Force One, will be deactivated at exactly 12:01 PM, the precise time when Biden’s nuclear football would be activated, ready for use by him.  The nuclear football is a briefcase, the contents of which are to be used by the president to authorize a nuclear attack. The transfer of nuclear power will then be complete, a fait accompli. And upon Biden’s shoulder would fall the heavy burden of leadership, which he carries 24/7 everyday during his presidency.

With the election of Biden as president and the Democrats’ takeover of the Senate, Biden will have a powerful bloc that would support his progressive agenda.  And with Trump thrown into political oblivion, one wonders what would be his fate?  With 29% approval rating after the January 6th fiasco, Trump’s future is in limbo with a slim chance of recovery.  And if the Senate convicts him, he’d be banned to run for office again for the rest of his life.  Gone will be his presidential pension, secret service security detail, travel allowances, and other benefits.  He might not even get a presidential library. He will go into retirement in shame.

Indeed, Trump’s fate would be at the mercy of the Senate.