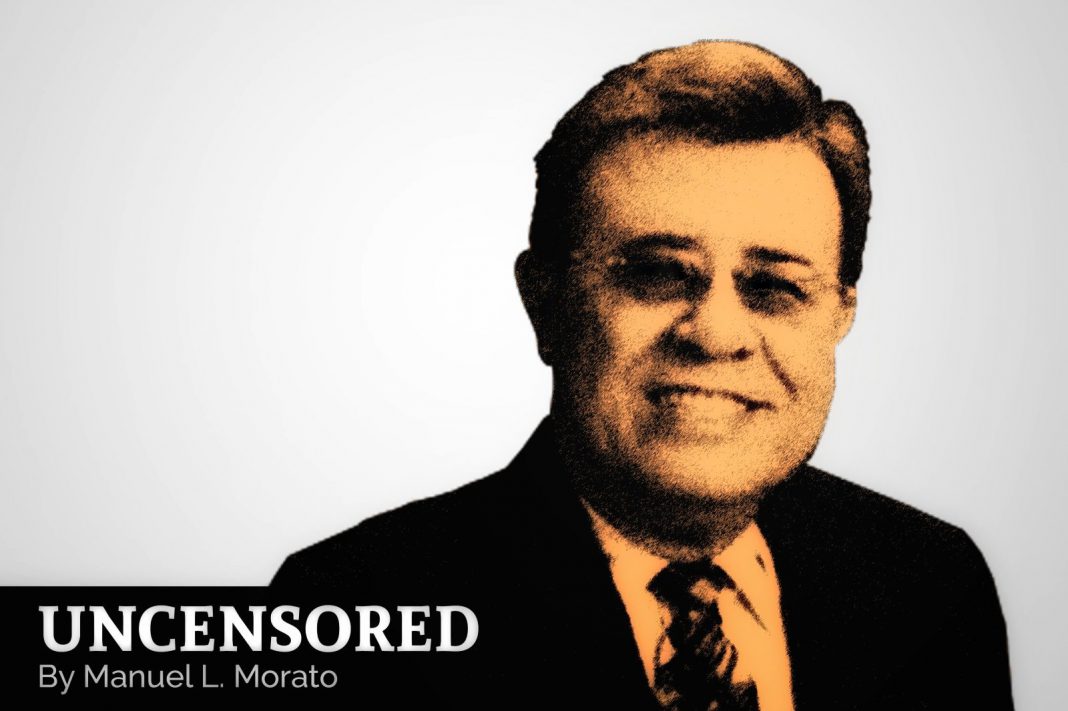 The harping of “Black Lives Matter” is simply something I cannot fathom because to me barbarism is something no decent society can accept, committed by any color not only by the Blacks. It goes for each and every one of us belonging to any race.

This uncouth behavior by Blacks, Whites, Latinos, and possibly Middle Eastern Muslims with Asians as well-referred to as Brown or Yellow know that Freedom is not absolute.  We are not free to go against the law and as human beings, we are not supposed to behave as some animals do.

This is a problem that the world faces today.  In America, specifically in the United States of America, the “Black Lives Matter” movement exacerbated the problem of the country with the pandemic that spread all over the world killing so many lives.  Why don’t you troublemakers fight the Coronavirus/COVID 19 instead? More Blacks have been affected and died from it.  It’s a pandemic that does not choose any color.

I am particularly concerned why it had to happen now when the U.S. was on its way up and truly fixing what’s wrong with America which President Trump is most concerned about.  Most of the problems he had inherited from the previous Democratic regime.

I know American as I was educated there from high school to college, from a teenager to adulthood.  As a Jesuit product and coming from a very conservative family, I was brought up to obey my parents, love my family, respect everyone – rich or poor, white, yellow, black, brown… people of any color.  I really do.  I also don’t give a damn about the so-called “rich people” for that also depends on how they enriched themselves, the right way?  Or the wrong way?

Oftentimes, I see the so-called “rich” behaving like a bottomless pit, never satisfied with what they already have.  Mas maraming magnanakaw na mayaman na at ang obsession ay yumaman ng yumaman pa.  It’s avarice.  Hindi mabusog-busog.  They are more addicted to getting richer and richer.  It’s a vice deeply rooted called greed.  Of course, there is the poor who also have the habit of stealing, but oftentimes it’s either because of poverty, necessity, and desire to survive and to live a better life, something that every government MUST PROVIDE.

To me, it’s each and every country’s duty for the welfare of the people.  It is not fair to see the rich enjoying their “clean” or “stolen wealth.”  How many of them helped their employees in these darkest days we ever had?  Did they continue to pay their monthly wages even if they are “absent” from office beyond their control?  I did.  I don’t know about you, but I paid their full salaries as what they were receiving without the abominable pandemic that many suspects was man-made or tinkered with.  The fact that Dr. Fauci predicted in 2017 that there is a pandemic coming in about two years leaves a poor taste in the mouth for he is not a soothsayer nor a fortune teller.

How did he know about it in advance?  Everybody is asking the same question.  Diseases are unpredictable until it hits you.  The fact that Dr. Fauci went to the laboratory in Wuhan for he was stopped to proceed with certain “tests” he and his group were involved in research prohibited in America leaves so many questions unanswered.  Find out what really happened by listening to Dr. Judy Mikovits, PhD referred to as one of the most accomplished scientists of her generation who was framed and imprisoned for exposing Dr. Fauci’s involvement in AIDS and in this present pandemic; and God knows whatever more.

We really have no choice but to find the real answer.  There are those who say that it was an operation to “restructure the human race.”  It’s like combatting what God has created; God-given in His likeness.  Or was it about the insertion of chips together with their vaccine which they are rushing before another country finds the right vaccine ahead of them, they won’t be able to inject the chips together with their vaccine?

We are all unhappy with what’s happening, the first-ever in our lifetime.  I don’t think many are still around during the Spanish Flu pandemic that occurred in Europe in 1918.  But that virus did not spread worldwide unlike the Coronavirus/COVID 19 that infected each and every country, in all corners of the world.  It beats every other disease we have had and lived through.

Why?  That is the big question.  Maybe many have been too materialistic and lost humanity, or God is sending us a strong message to reflect before the world ends.  It’s a very strong message to each and every one of us.  Think about it; and if you don’t believe, then as the saying goes: “Go to hell.”

Going back to “racism,” do blacks and other colors think that there is racism? Make a deep reflection and ask yourselves if you have been bad, ill-mannered, and uncouth in your behavior.  Maybe there are those of you that not even your own mothers could “love” because of your bad manners, selfishness, rowdiness, and misbehaviors.  It’s that “racism” just because right-thinking people do not like you because you are a bad person?  Have you deeply examined your conscience that it’s not your color that is the issue but your abominable behavior?  Think again.  Reform if people do not want to accept you.  It’s not your color, believe me.  It’s your character and behavior that leads people not to like you.

“Mother knows best” as the saying goes.  Remember that even if they keep quiet.  Or maybe they prefer to pray instead of hitting a misbehaving son or daughter in the head and curse them.  Your own mothers must have given up on you because you are a bad person.

Mothers will always be mothers.  They brought us into this world and never will a mother’s love be lost.  It goes on forever.

One question I’ve been asking myself quietly which I now wish to ventilate.

Ask yourselves these questions:  Are you misbehaving like an animal fit for the zoo?  If so, don’t yell, “Black lives matter.”  That’s not my point for we are all created by one Supreme Being, God, to be in His likeness.  Behave for your misbehaviors will turn off most of the decent people who observe good manners and right conduct who are probably angry yelling at the rallyists to “go to hell,” deep in their hearts. As a consolation, the good and peaceful, educated, and well-behaved people are still the majority, anywhere in the world.  It’s always the minority who misbehave, especially when they are paid to misbehave.  You have to change for the better for society in general to accept you.  This is truly the bottom line.

Did you ever think you might be the problem, not “Black lives matter” are caused by you?  Maybe you are disliked because of your bad character.  Didn’t you ever think of it?  Do some soul-searching and maybe your accusing fingers will point at you.

What kind of a person are you?  Ask yourselves.  We, all of us who do not misbehave have the right to reject you “sons-of-a-bitches” as the saying goes; and that includes bitchy women as well.

Don’t those who behave well and follow the rules have the right to dislike anyone of you who are troublemakers that belong elsewhere, a different place – a dirty zoo or a clean zoo?  Even animals reject their fellow animals.  The good persons have also the right to reject the bad ones, the misbehaving elements.

Think about it.  Your definition of “racism” just cannot sit well with other decent human beings who are not racists at all, but reject troublesome people, causing acts of cruelty, destroying properties of innocent people who truly love their country.

If only all could behave better, there is no society of right-thinking people who would reject anyone who is good to them, not based on the color of their skin at all!

Good, friendly behavior and honesty will always be accepted by any society as they, too, can reject a bunch of destructive people.

Maybe those who show kindness can also bear fruit of kindness.  But this “Black Lives Matter” is not exactly what troubles America today.  That’s a thing of the past.  The problem now is not “color.”  It’s the badness of some people including law enforcers who by nature are abusive and criminally inclined.  They have to be retooled.

If you want the police force to treat you well, do not provoke.  But there is indeed a problem with the police no matter the color.  Most of them are color-blinded. I believe some carry the Gestapo mentality.  They have to be re-tooled, re-educated to behave better for indeed, ever since, the police never used their powers well.  Even in the 50s and 60s, they were already as cocky as they are today.  As I see them on television, shooting a running man, or whatever makes viewers think that the police are shooting and chasing an animal.  That’s very wrong.  Arrest and give him/her a chance to explain.  Who knows, the person just came to visit his/her grandmother; or headed to a Church.  The police oftentimes do not know what he is chasing and accusing.

Give them a chance to explain.  Maybe it is not as bad as you think.  And even it is very bad what he did, put him in jail, take the case to court and let the Judge decide.

There is absolutely no reason to kill or to shoot a person that is running away from you.
Siguro sa takot tumakbo kasi mukhang masamang tao ang humahabol sa kanila.  It’s fear that makes them react irrationally.