BEYOND SIGHT: Think Green, Not Greed! 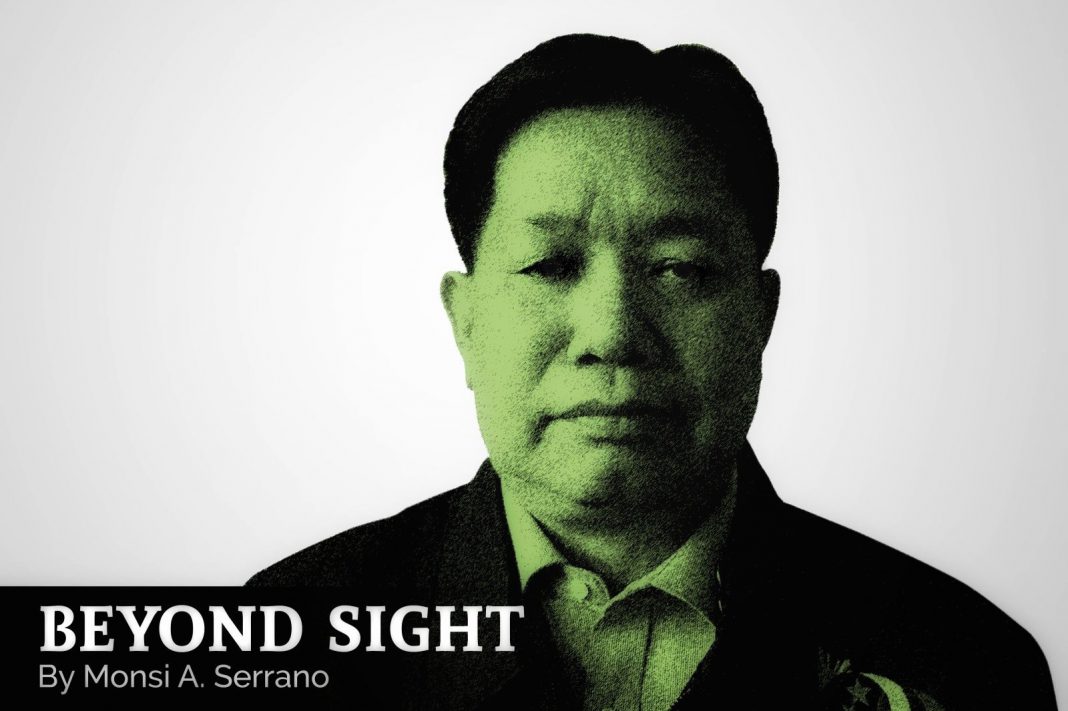 There are many things we can learn from the blow that the COVID19 pandemic did to the world in almost all aspects like health, economy, relationships, lifestyle, and a lot more.

But looking on the brighter side, there are several good things that we can draw from this slowdown. Like the continuous healing of the ozone layer wherein the jubilant scientists look forward to its full recovery. And back at home in the Philippines, the one’s invisible Pililla Windmills and the Sierra Madre Mountain range are now seen from some parts of Metro Manila. Even the Metro Manila skyline is very visible in Aguinaldo Road, Silang Cavite. This means that the atmosphere is now on starting to heal and this is also very palpable how the skies become clearer each day as the lockdown continues.

In short, in the midst of the disruption of the #CCPVirus, we can always see some good things it brings to our life. But this does not warrant to pay thank gratitude to China for the virus, as they are the only one who seems to be benefitting from the pandemic.

Almost all ASEAN countries look forward to wooing other countries that are leaving China now and go elsewhere as a sign of protest for their virus, and this as I said in my previous column, a good opportunity for the Philippine government to prepare for in my column, “Quo vadis, China?”

While this may be a good opportunity for the Philippines in vying to entice these companies to move to the Philippines, in my years of experience helping some foreign investors in developing their feasibility studies, one of the primary concerns is the power rate in the Philippines.

The energy program of the Philippines was very advanced before. As early as 1958, we already had our nuclear program with the creation of the Philippine Atomic Energy Commission. We were number 2 in the geothermal energy second to the US. We have the first-ever built up nuclear power plant in Asia but never been used. Now, Vietnam will construct its first nuclear power plant with technical assistance from Russia. Here is the sad part, the Philippine has one of the lowest daily minimum wages but we are one of the highest power rates not only in Asia but also in the world’s Top 10. 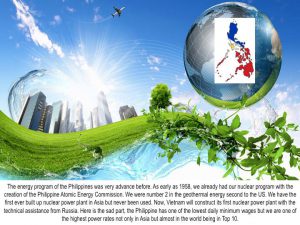 While the Filipino people continue to suffer from some heartless businessmen who connived with the government and politicians so that they can do anything they want in satisfying their lust for power and greed; the Energy Regulatory Commission just watch with an open mouth, thus their existence as our government regulatory body proves to be inutile.

I want to endeavor in doing something that would abate abuses from companies in the energy sectors including the petroleum companies who have been successfully proven in implementing their “one step backward and two steps forward” strategy on price rollback and increase.

While we are all aware that the global pandemic made the price of crude oil in the world market dipped almost every week, I want the government or any private entities to source or offer alternative energy sources and programs for the country and have a pilot test and comparative analysis. With this, we can already abolish the Energy Regulatory Commission that seems to serve the interest of the energy and petroleum companies, rather than the interest of the public.

In 2009, I was invited to attend the renewable energy fora, in Washington and New Jersey, respectively. It was fruitful and inspiring fora that made me admire how the US government supports other States that embarks on any renewal project. For instance, they provided free office space for 5 years for start-up companies regardless of the nationalities. This encouraged other countries to take advantage of the incentives. Something that the Philippine government can explore and see if workable.

I know a Filipino inventor, an esteemed friend, and an entertainment scribe whom I have been helping for some time since 2009. He is a mechanical engineer graduate of Ateneo De Manila University and has invented a UPEC (Underwater Power Energy Converter). I will not disclose his name but he is a member of this group. He approached several politicians who promised him financial support to bankroll on the program prior to asking my help in formulating the strategy, communication and business plan for possible options to make the project work whether joint venture, sell the whole technology and live in the US or other country that will offer us the best deal. That was what he had in mind out of frustration. But I told him to be patient.

We have been doing several pre-testings in a semi-industrial place in Metro Manila. The invention can generate several megawatts based on our previous test done enough to provide light to a community. When we could not afford the rent anymore, the owner of the lot was forcing us to leave the place and leave all the materials on the development of UPEC. We found a way to borrow money and leave the place.

The US, through my friend, Bill Spears of NJ Economic Development Authority (NJ-EDA) got interested to buy or collaborate with us and extend financial assistance to start 1 unit. But because of strong patriotism, my friend did not want to share the technology. He sold his SUV, downgraded his mobile line to prepaid and still we cannot move forward. There was a time a Taiwanese was asking for the diagram of the whole UPEC unit because they don’t believe that is possible. He was tempted to take the bait but I told him that giving the diagram is giving the technology.

Now, here is my frustration with those who made a promise to my friend. You know that we have an energy rate problem in the Philippines and yet, you ignored this kind of invention. Worst you led my friend on that you will provide financial support through pork barrel. Where art thou?

The government must come up with a real alternative solution to address the uncontrollable power and oil price hike. We can benchmark from what the US did by giving incentives to those who embark on the renewable energy programs by getting funds from the Malampaya fund instead of using this the money to any presidential prerogative programs. The original idea of why the Malampaya fund was put in order to support and subsidize any energy-related programs. But in reality, this is not what is really happening.

In my interview several years back with the Chairman of KOIMA (The Korea Importers Association) Dr. Shinn Tae-yong why they are not putting all their manufacturing business in the Philippines, instead they go to Indonesia, Thailand and Korea, the main issue he brought up was the electricity cost in the Philippines.

Having said this, it seems that some people in the government are really out to screw us up. In the case of Malampaya plant, whoever did this, he must not only be fired but also jailed for economic sabotage, connivance, betraying, and scheming.

At this point in time, the viable source of energy we can use in the Philippines would be solar, hydro, geothermal, biogas, and even ethanol. Perhaps it is time also for the venerable members of the Filipino Inventors Society to create or think of alternative power sources that are environmentally friendly. I commend the idea being considered by a young entrepreneur I spoke with who is thinking of coming up with a solar power bank. If this happens, it would be a welcome development. This is what I admire, a brilliant idea from an unselfish person. We cannot save the earth. That buzzword is a misnomer. However, as pilgrims on earth, we could deter the exploitation of our Mother Earth by being conscious and considerate every time we use power, gas, or any source of energy in our daily life. This is the legacy we can leave here on earth as our sojourn is just very short and we do not know when we will leave the face of the earth. It is not difficult to do; on the contrary, it is straight forward

I strongly detest the abuses done by these power and petroleum companies; and also the indifference of the government and politicians in the issue that affects the public interest and welfare.

As Ray Davies clearly said and I quote, “Money and corruption are ruining the land, crooked politicians betray the working man, pocketing the profits and treating us like sheep, and we’re tired of hearing promises that we know they’ll never keep.”

Time for the government and these power and petroleum companies to think GREEN, not GREED! Need I say more?