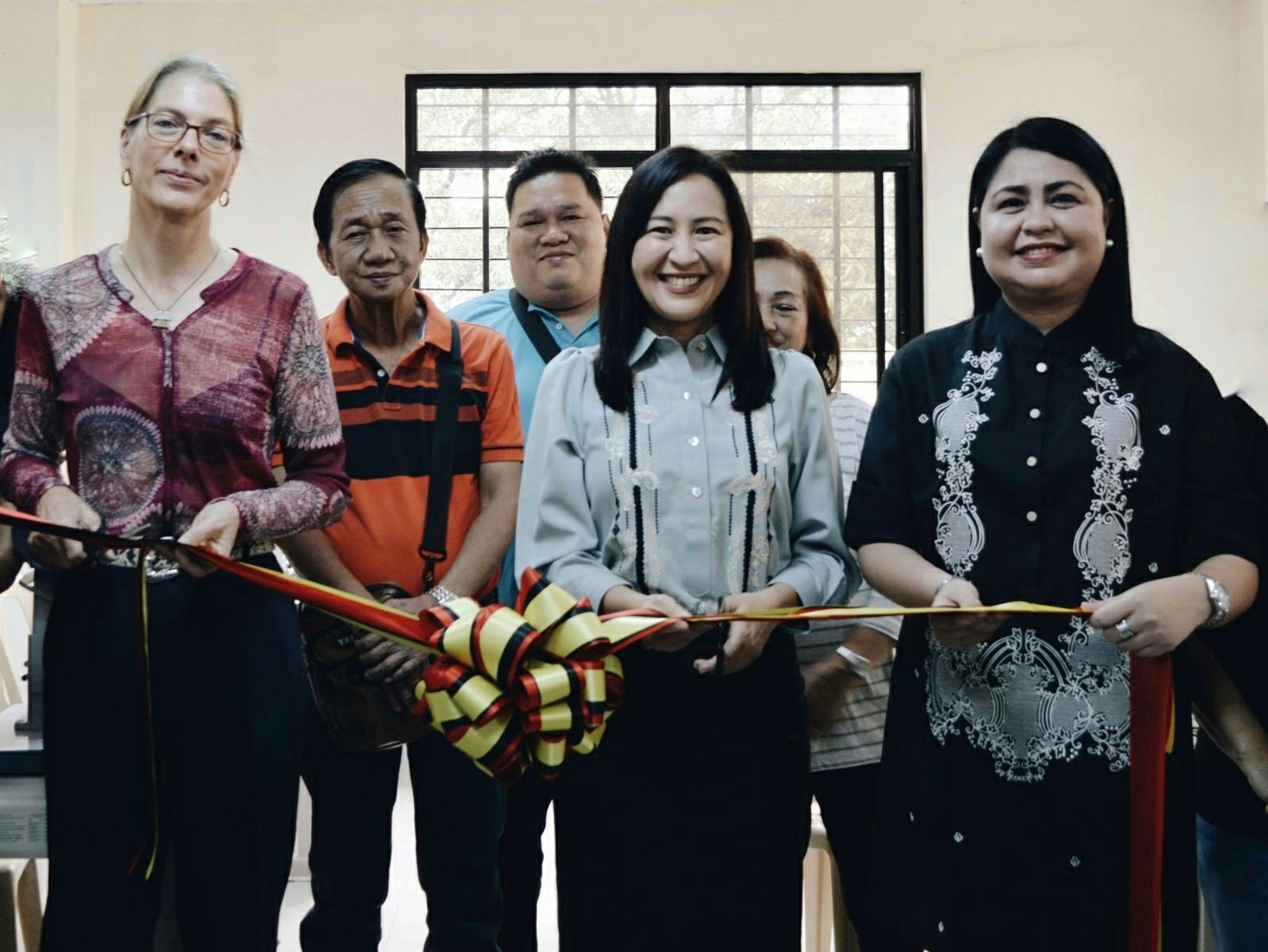 The launch which was attended by Bahay Toro Barangay Council members, Kagawad Medi Alcantara, Kagawad Domeng Yang, and Kagawad Ofel Meimban, and over 100 women from Barangay Bahay Toro, and some from Barangay Santo Cristo and Barangay Greater Lagro.

There were two other sewing centers established in by Barangay Santo Cristo and Barangay Greater Lagro, Quezon City.

German Ambassador Reiffenstuel received a tote bag that was created by the sewing center in Barangay Santo Cristo. Such tote bags are procured by the Quezon City government from these sewing centers to support livelihood for women.

There are many future plans that are in the pipeline under the tutelage of Quezon City local government unit to empower women through these sewing centers by forming cooperatives so they can participate in the biddings for the sourcing of tote bags, daycare uniforms, and other sewn materials to both support their livelihood and meet the needs of City Government for sewn items.

Meanwhile, German Ambassador to the Philippines H.E. Anke Reiffenstuel expressed her commitment to supporting this endeavor.

“We at German Embassy hope that this facility will be of much use to the women in this community, and help in the building of livelihoods,” the German Ambassador said.

The German Embassy Manila helped in establishing The Quezon City Women’s Sewing Center which aims to support projects that would directly improve the quality of life of indigent and marginalized people.

For SPARK! Philippines Executive Director Maica Teves. she said, “This Quezon City Women’s Sewing Center is the third center of this kind that we’ve established in Quezon City. We implement projects like this sewing center, and livelihood and entrepreneurship workshops because we understand that women cannot be truly empowered unless they are financially independent.”

The Center was established in December 2019 by the German Embassy Manila and the Quezon City Government in partnership with SPARK! Philippines.