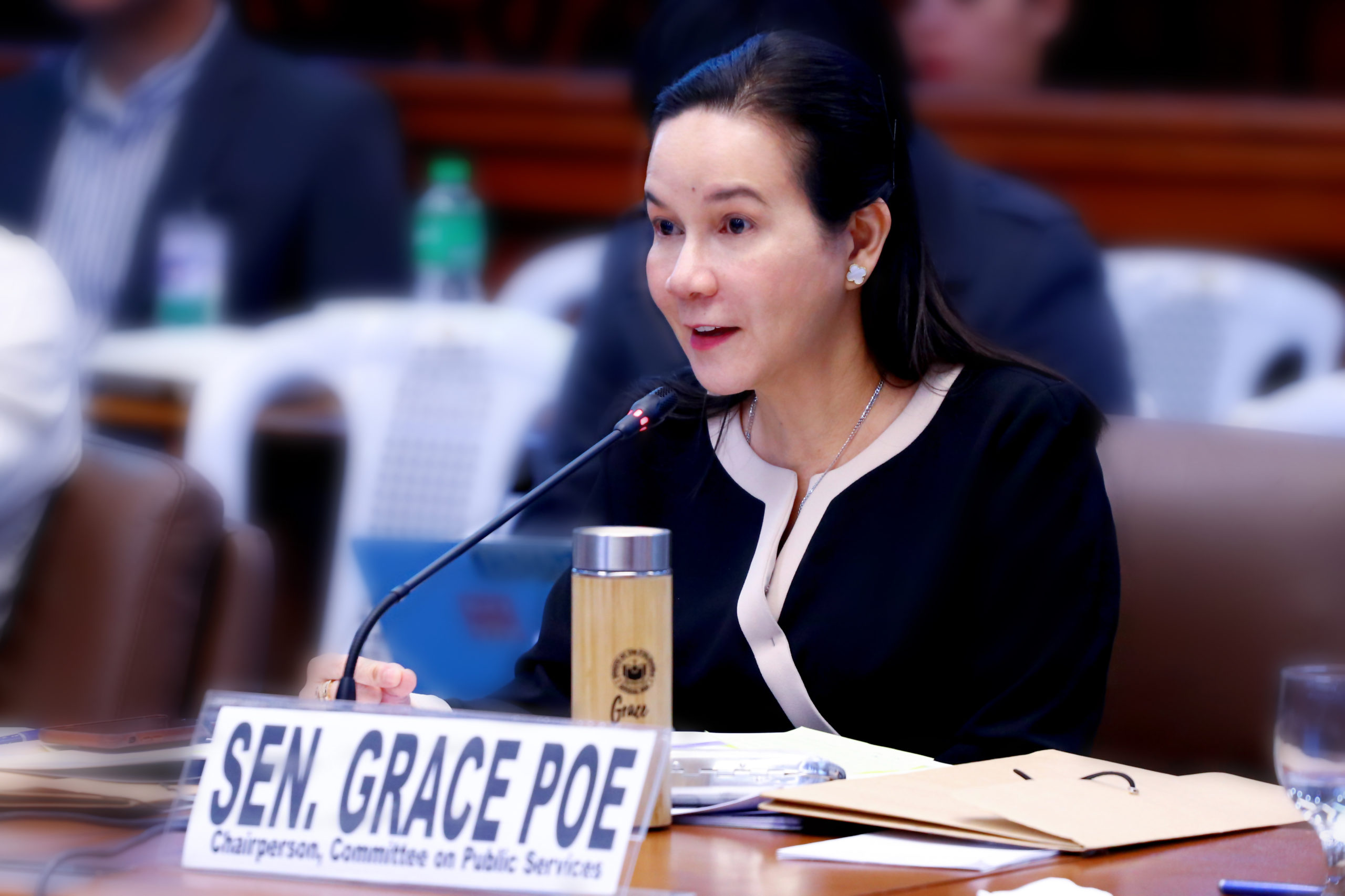 Citing retaliation and provocation, Senator Grace Poe, Committee Chair for Public Services, did not hide her disappointment with the Technical Working Group for their adamant stand against the motorcycle taxis.

During the hearing on Angkas and other motorcycle taxis, Senators found out that the resource persons who wanted to stop the operation of Angkas did not come prepared as they cannot provide the data that they were asked to present.

Representatives of Metro Manila Development Authority (MMDA), Department of Transportation and Land Transportation, Franchise and Regulatory Board (LTFRB), who defended their position was prompting the Senate to pass a law on the “motorcycle taxis”.

This made the Senators angry knowing that these government agencies in charge of the pilot testing have no specific information and documents to submit to the panel, despite launching a six-month pilot testing on motorcycle taxis.

“This panel is unanimous in our opinion that the study must continue, because you are now telling me you should actually collate all the data, the accident reports if your basis is for the safety of the public,” Poe added.

It was Antonio Gardiola Jr., head of the TWG and board member of LTFRB who declared that the motorcycle taxis will be deemed “illegal” starting next week.

Gardiola insisted that they will be invoking Republic Act No. 4136 that says motorcycles are still considered as a private mode of transportation.

However, Poe said she cannot understand why the LTFRB and the DOTr even considered launching a pilot study when it has no plans of exploring the possibility of using motorcycle taxis as an alternative mode of transportation.

“The DOTr has the authority to consider the legalization of motorcycle taxis in the same way it recognizes new forms of transport services under its department order to promote mobility, and that included Grab and Uber,” Poe pointed out.

“Now if you are using the law, but then, you allowed it for study. Even the courts have a wider understanding of the public need for alternative transportation and allowed this study to push through,” she pointed out.

Poe said it is not right for the TWG to “point a gun” at Congress and insist on passing the proposed law regulating motorcycle taxis when it has not even submitted any data to the panel.

Meanwhile, Senator Ralph Recto shared the view of Senator Poe’s call that the TWG has clearly been negligent over getting additional information and study and yet “they are the ones angry.”

“You don’t have the report on what happened over the past six months, and you want to amend on the law? Were you telling us anything? Nothing!”, Recto pointed out.

“We were discussing the safety of the riding public, then you introduced caps on the number of motorcycle taxi drivers. There are really some mistakes here,” Recto told Gardiola.

For Sen. Sherwin Gatchalian, he pointed out LTFRB’s failure to execute its activities, particularly its deployment of “mystery passengers” that will conduct visitation and inspect motorcycle taxi drivers.

“What you are doing is forcing the passengers to ride other motorcycle taxis which we’re not even sure are safe or not,” Gatchalian said.

Gatchalian urged the TWG to just allow all the players in the motorcycle taxi industry to compete against each other, which was agreed by the representative of the PCC (Philippine Competition Commission) who attended the Senate hearing.

Even Angkas George Royeca said that he is open to welcoming new players without putting a cap on Angkas.

To which Gatchalian said, “Let the best man win.”