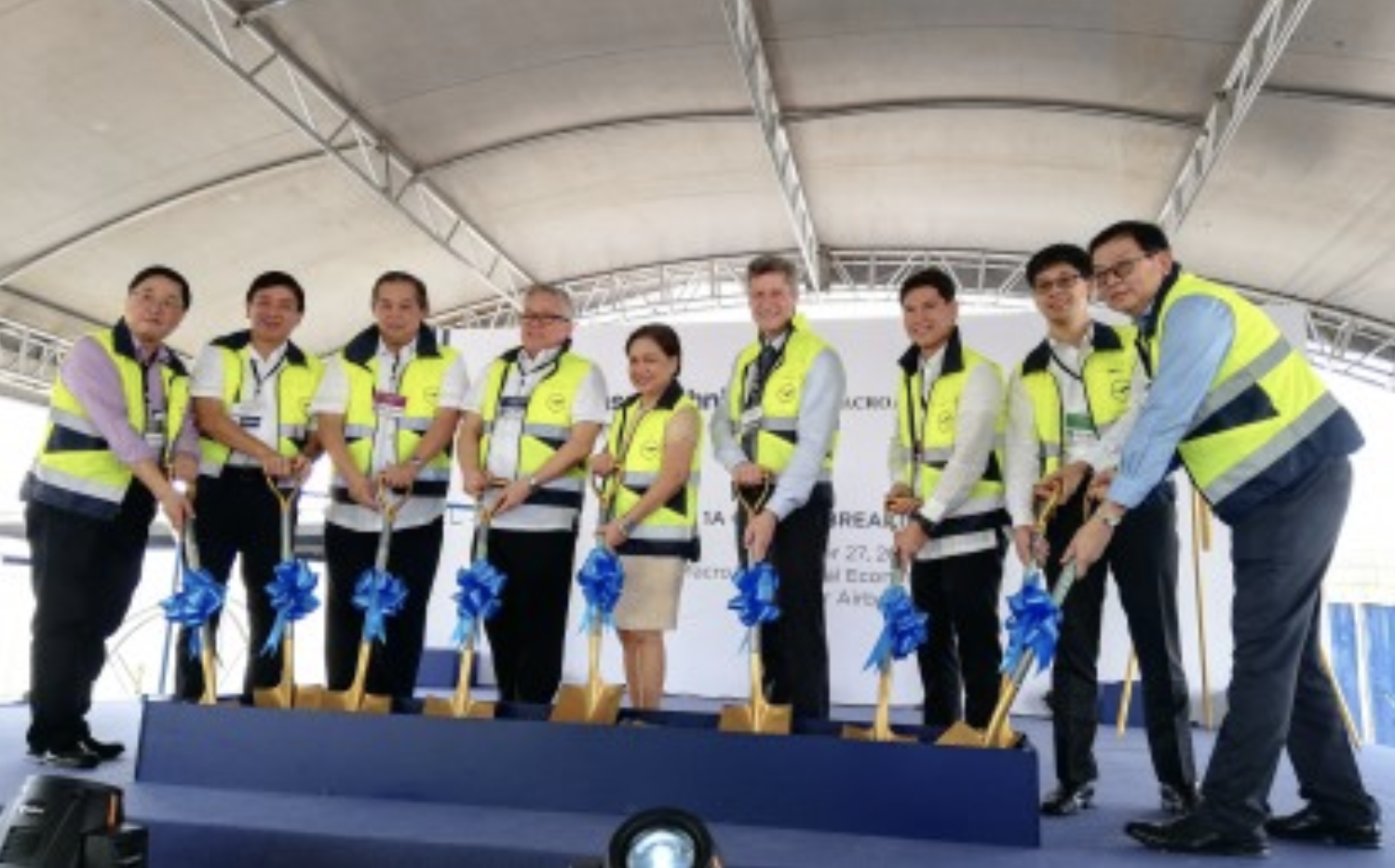 The ground breaking ceremony of Hangar 1A Lufthansa Technik Philippines (LTP) president Elmar Lutter (fourth from right), Rep. Martin Romualdez (third from left), Department of Trade and Industry Secretary Ramon Lopez (fourth from left), Senator Cynthia Villar (center), and other partners of LTP, lead the groundbreaking ceremony of Hangar 1A at the MacroAsia Special Economic Zone, Villamor Air Base, Pasay City on Wednesday (Nov. 27, 2019). Hangar 1A is expected to be operational by the last quarter of 2020. (PNA photo by Cristina Arayata)

Lufthansa Technik Philippines (LTP) on Wednesday held a groundbreaking ceremony of a new hangar, to be called Hangar 1A, at its hub in Pasay City.

The new expansion would increase LTP’s capacity by 20 percent and would also result in employment of additional 300 technicians, LTP president Elmar Lutter said in a press briefing.

He said currently LTP could service seven aircrafts at the same time.  With the new hangar, Lutter is expecting LTP could now accommodate 10 aircraft at a time.

“This (new hangar) has a multipurpose style, and could accommodate both small aircraft and wide-bodied aircraft,” he added. Lutter said USD40 million was allotted for LTP’s expansion, adding construction of Hangar 1A started in September and is expected to be operational by the last quarter of 2020.

Lutter further said that he likes the Filipinos’ work attitude. He said even though Lufthansa is a German company, it is good to also have it in the Philippines because of the Filipinos’ “excellent English skills”.

The company does MRO of various aircraft, both by Airbus and Boeing.