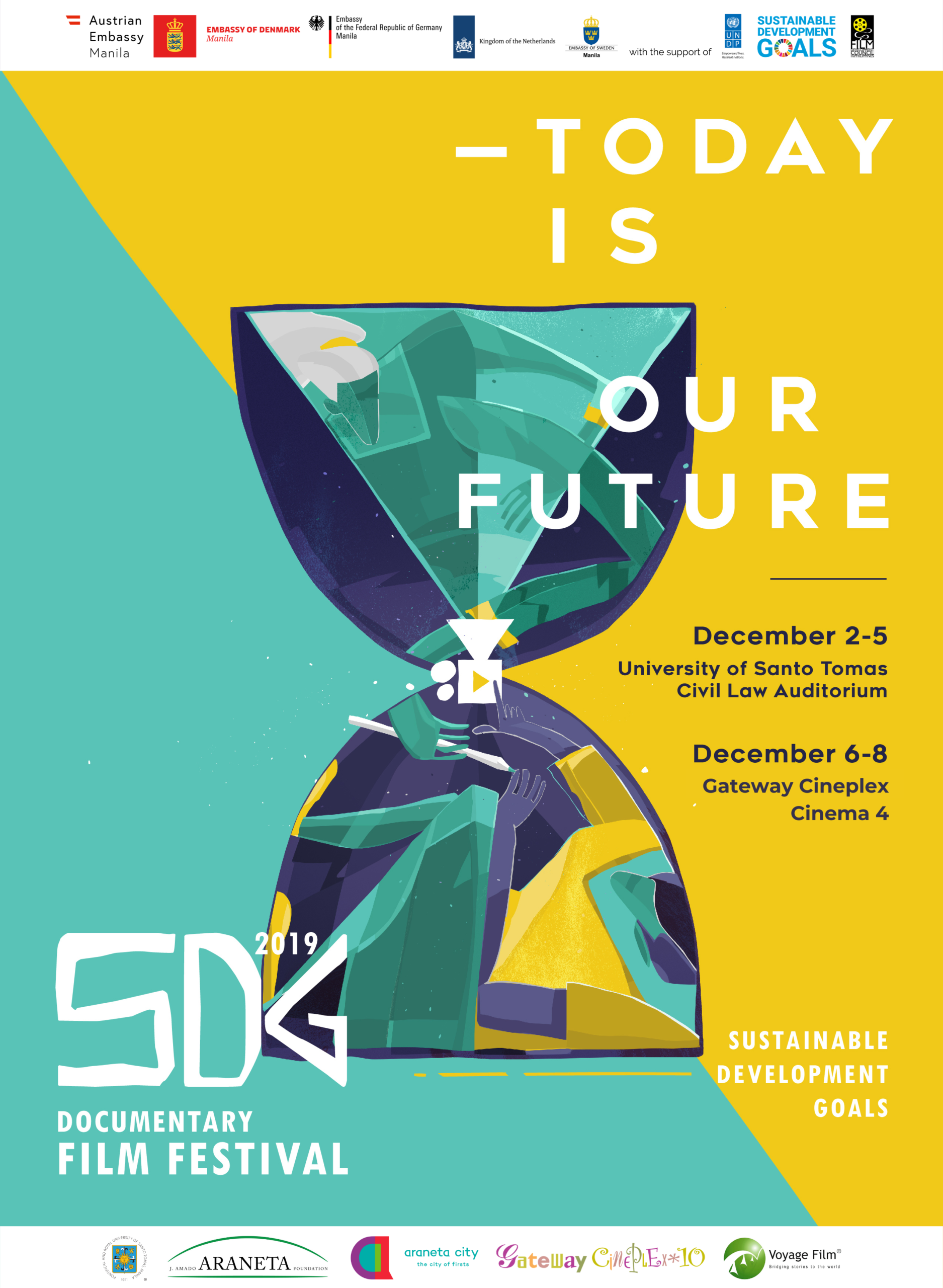 Manila, Philippines – In commemoration of the International Human Rights Day this December, the Embassies of Austria, Denmark, Germany, the Netherlands and Sweden, with the support of the United Nations Development Program (UNDP) and the Film Development Council of the Philippines (FDCP),  present six award-winning documentary films that focus on human rights and their crucial role as the foundation of the United Nations’ Sustainable Development Goals (UN SDGs)at the University of Santo Tomas and Gateway Cineplex, through the J. Amado Araneta Foundation.

The first of its kind, the aptly titled “Today is Our Future” intends to become a mainstay in the rich tapestry of international film festivals in the Philippines, adopting the SDGs as a central theme to inspire audiences to discuss the 2030 Agenda for Sustainable Development and to introduce perspectives in the films on contemporary societal challenges to its achievement. It also offers to the audiences a unique cinematic experience that allows them to fully enjoy documentaries, a genre accessible to the public often only in classrooms and educational venues.

The week-long “Today is Our Future” runs from 2-8 December 2019. Consisting of two parts, the first half from 2-5 December engages the academic community with in-campus screenings and post-film forums on the SDGs at the University of Santo Tomas in Manila. The second half from 6-8 December welcomes the public at Cinema 4, Gateway Cineplex, Gateway Mall, Araneta, Cubao, Quezon City.