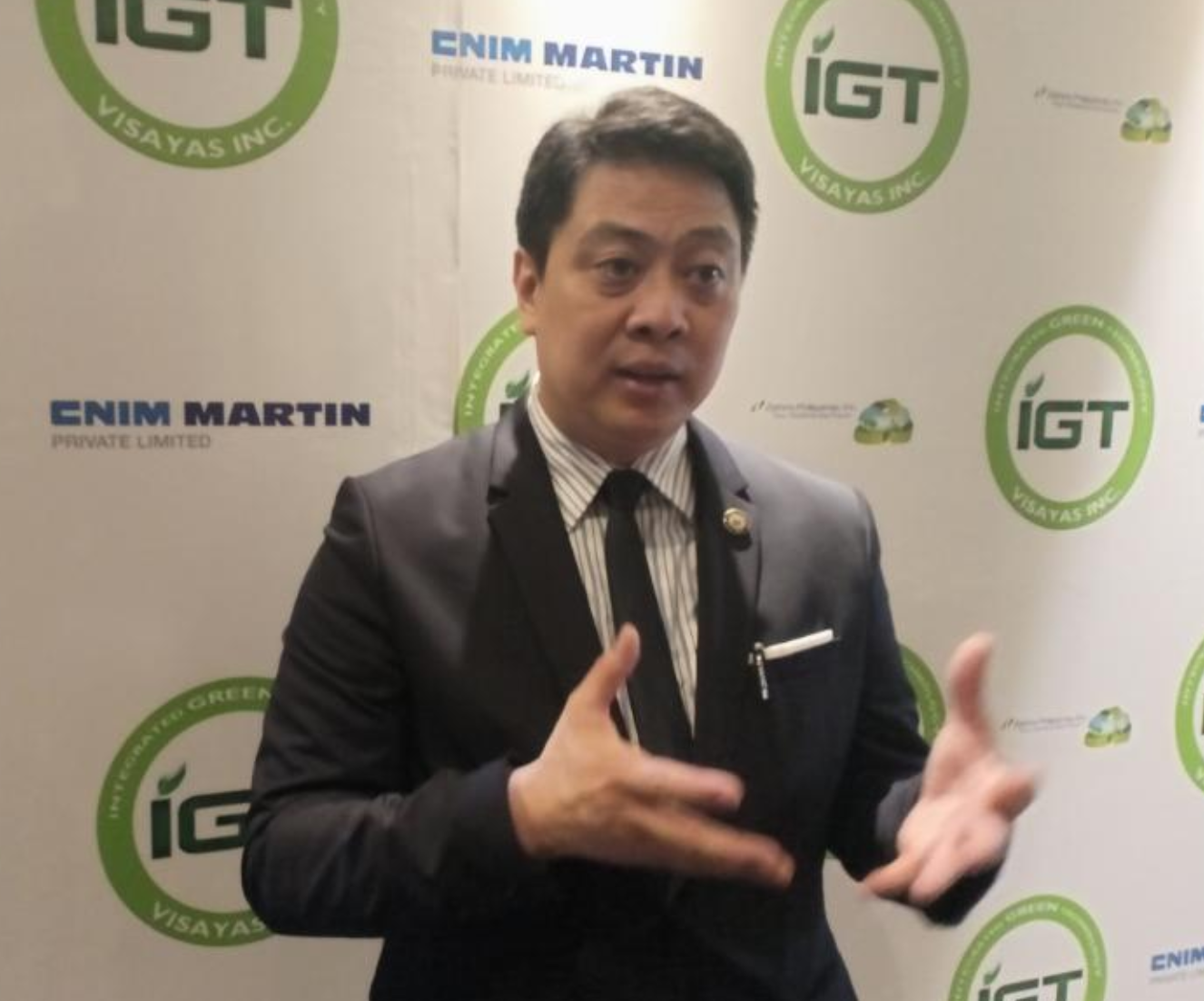 Text and photo by Monsi A. Serrano

With the unabated power rate hike and problem in waste management across the country, IGT (Integrated Green Technology) and CMPL (CNIM Martin Private Limited), a company based in Chennai India represented hosted their first “Waste to Energy Summit 2019” last Nov. 15, 2015 at the Grand Ballroom of Seda Hotel Vertis North Quezon City to address these lingering issues.

Speaking to the media, IGT’s Founder and CEO Michael C. Jimenez explains how their state-of-the-art technology can solve the issues on energy and waste management in the country using the patented European technology which is manufactured in India and caters the Asian market such as the Philippines.

The Foreign technology CNIM are based in Paris France using a German Technology (Martin Gmbh) and has a combined 50 years experience in Waste to Energy EPC and FGT (Flue Gas Treatment) who has the highest emission standard that is compliance to our RA 8749 (Clean Air Act) of the Philippines.

This is to showcase their expertise in Renewable Energy and explain their patented European technology which is manufactured in India to cater the Asian market such as the Philippines. The Foreign technology CNIM are based in Paris France using a German Technology (Martin Gmbh) and has a combined 50 years experience in Waste to Energy EPC and FGT (Flue Gas Treatment) who has the highest emission standard that is compliance to our RA 8749 (Clean Air Act) of the Philippines.

The technology provider have built more than 170 WTE plants in 23 countries and soon 24th country will be in the Philippines. With a combined cooperation of the LGU (Local Government Units), DENR (Department of Environment and Natural Resources) and DOE (Department of Energy) IGT and CMPL believes this project investments of all stakeholders will come to reality. It is fully supported by all European funders and back up with debt insurance and bank guarantees which are all in place for the financial support for the first three (3) projects ( 2 Provinces of Cebu and Province of Pangasinan) that has a total investment of $230M USD for the Philippines thru Allied Project Services Limited of London.

IGT and CMPL goal is to provide state of the art waste management, energy sustainability and environment protection per LGU’s. Not to mentioned this will also reduce the rate of electricity to the host Cities and Municipalities and generate employment to the community. “A Clean and Green Country-Philippines”.

According to IGT CEO Michael Jimenez, they are initially piloting the areas of Pangasinan and Cebu and hopes to roll it out in other cities and municipalities in the country.

When asked by THEPHILBIZNEWS if the investment is expensive, Jimenez admitted that it really is considering its capabilities to separate the liquid from the waste to make it more efficient compared with other available in the market.

The investment cost of the three waste-to-energy facilities is around USD230 million and are expected to begin operations by 2022.

“We are expecting to construction of the plants in the first quarter of 2020 and target to be completed in two years, depending on the contractors and the weather,” Jimenez said.

Jimenez underscored that the power source is sustainable given the fact that the technology provider Paris-based CNIM Martin Private Ltd., has a proven track record in building more than 170 waste-to-energy facilities in 23 countries.

When asked what are the challenges they encounter in rolling out this project, he said, “The awareness and political will.”

“We need to inform all the stakeholders that this technology solve two main issues in a local government unit. First the waste management, and second the conversion of waste to energy. But apart from these two, the technology will create more jobs in the localities. It’s not a stop-gap-job, but a sustainable and secured job in the community,” the IGT CEO explained.

“We need to strictly enforce the implementation of the solid waste management program or Republic Act 9003. But the common problem in many areas is the problems on waste segregation,” Jimenez pointed out.

“With our technology, waste segregation is not an issue because of the plant we will build has capability to process mixed trashed easily which has been proven in the countries where we have this technology,” Jimenez concluded.

IGT also disclosed that they are currently exploring possible tie-ups with some local government units in the National Capital Region and awaiting for the feedback before presenting their proposal to local executives of Quezon City, Pasig City, and Manila.