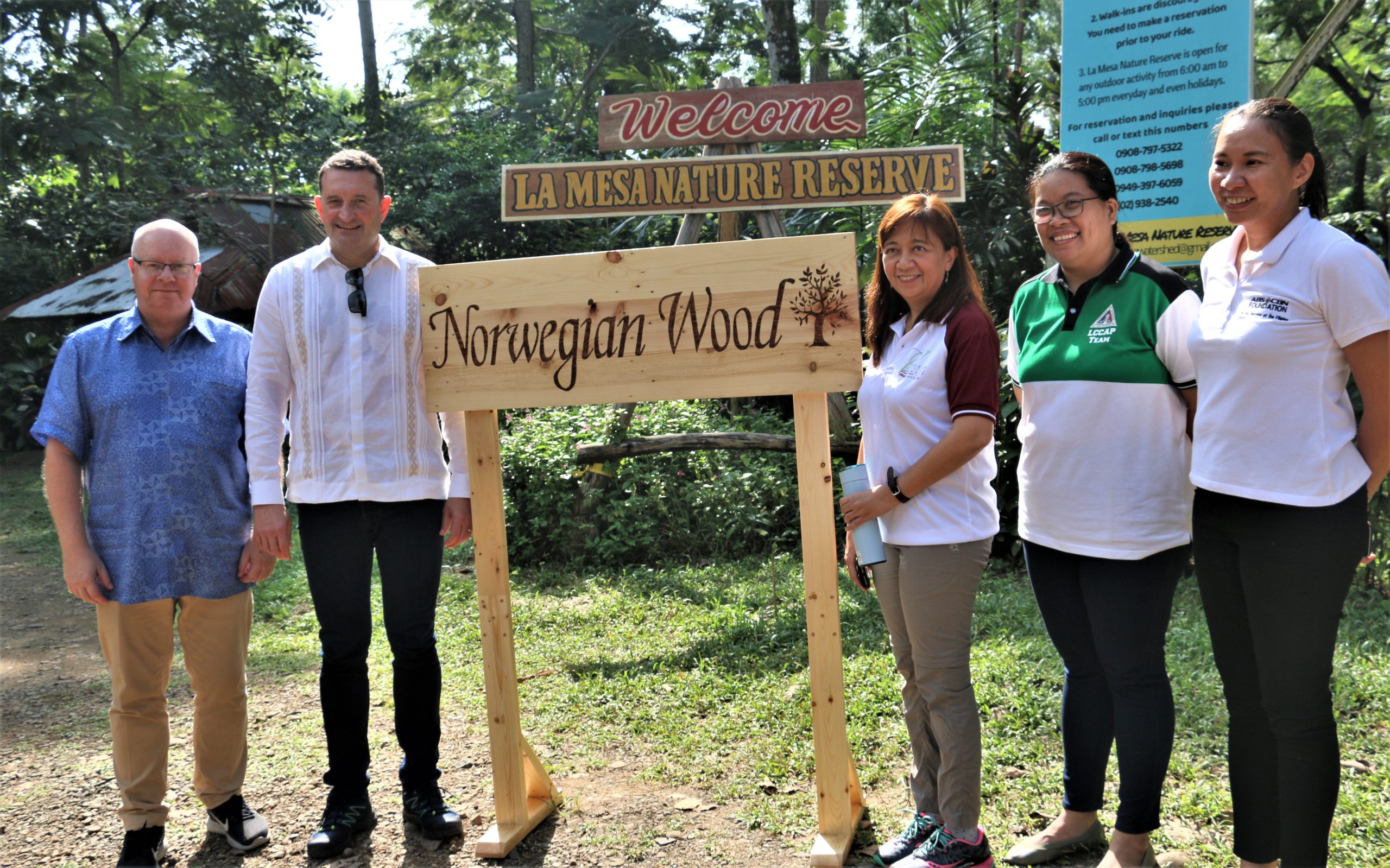 True to its commitment and living up to one of the Nordic values, which is protecting the biodiversity and combating climate change in the ASEAN region, the Royal Norwegian Embassy and the ASEAN Centre for Biodiversity have committed to plant 500 indigenous seedlings in La Mesa Nature Reserve that covers one hectare of land in the watershed.

The joint effort is done in partnership with the ASEAN Center for Biodiversity (ACB) and ABS-CBN Lingkod Kapamilya to counterbalance the carbon footprint in the country.

The ceremonial tree planting in La Mesa Watershed in Quezon City held yesterday November 17, is proof that Norway is committed to protecting biodiversity and combating climate change in the ASEAN region.

Norway is dialogue partner of ASEAN

As background, since 2015 Norway was invited as a sectorial dialogue partner of ASEAN, promoting cooperation in many areas such as peace and reconciliation, energy, trade and private sector development, and climate change and biodiversity.

At this event the Royal Norwegian Embassy in Manila committed to plant 500 indigenous seedlings in La Mesa Nature Reserve, covering one hectare of land in the watershed, in partnership with the ASEAN Center for Biodiversity (ACB) and ABS-CBN Lingkod Kapamilya.

“This is a perfect time to reaffirm Norway’s commitments to strengthen cooperation in conservation of biodiversity in the ASEAN region,” said Norway’s Ambassador to ASEAN Mr. Morten Høglund.

“We urge countries to act together to tackle the global challenge of climate change, and focus on the impact of these changing conditions in ASEAN and its international relations,” he added.

“The Norwegian Embassy in Manila is constantly looking for possibilities to reduce our carbon footprint here in the Philippines,” said Norwegian Ambassador to the Philippines Mr. Bjørn Jahnsen

The Embassy has specifically chosen to plant trees in the La Mesa Watershed, as this is the carbon dioxide sink of Metro Manila. The watershed is also a major source of water for some 12 million residents of Metro Manila.

La Mesa Watershed is part of the Angat-Ipo-La Mesa water system, which supplies most of the water supply of Metro Manila holding over 50 million cubic meters occupying an area of 27 square kilometers.

The Royal Norwegian Embassy in Manila has been actively working on projects and initiatives to make its workplace greener. This year, the Embassy also installed a 16-kilowatt peak (kWp) solar power system in the Ambassador’s residence.

“With land conversion and degradation rapidly gobbling up forests and other vital ecosystems, any effort to conserve the last standing forests that we have deserves praise. I am glad that we are not alone in protecting and preserving the remaining biodiversity in the region,” says ACB Executive Director Mundita Lim.

“The Royal Norwegian Embassy’s commitment to support our fight against climate change, specifically the Embassy’s pledge to plant an estimate of 500 trees, could not have come at a better time. This supports the ASEAN’s latest undertaking the ASEAN Green Initiative, which was introduced during the 15th ASEAN Ministerial Meeting on the Environment in Siem Reap, Cambodia, last October,” said Dr. Lim.

“The ASEAN Green Initiative aims to plant 10 million trees all over the ASEAN region and raise awareness about biodiversity and ecosystem services and its values. It intends to promote public and private investment in biodiversity and ecosystem services, and ensure that regional
policies and strategies are supported by grassroots actions,” she added.

This year, Norway and ASEAN has signed an agreement to protect the environment and human well-being from plastic pollution. Norway is playing a leading role in promoting efforts for clean and healthy oceans around the world. This year, Norway hosted the Our Ocean Conference in Oslo where USD 64 billion of total was pledged to protect the oceans.

Norway is also about to sign an agreement on developing a system of information gathering to support conservation and sustainable management of coastal wetlands in the ASEAN region together with the ASEAN Center for Biodiversity.

By 2030, Norway is targeting to lower its own greenhouse gas emissions by 40%.