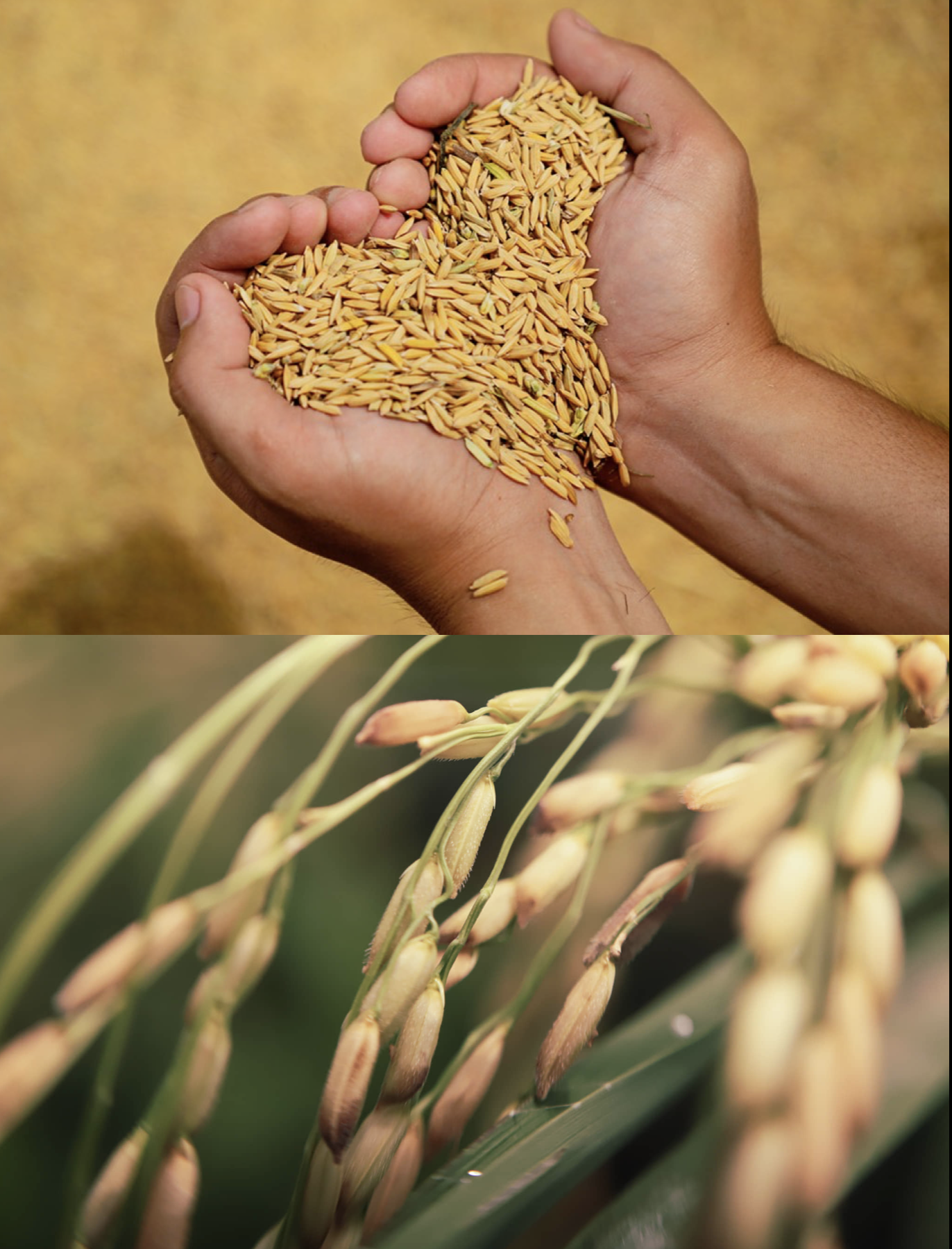 A farmer holds palay in heart shape form to show solidarity with rice farmers as Yamang Bukid Farm (YBF) o procure palay from the marginalized farmers in the municipality of Narra in Palawan. Photo collage from Yamang Bukid Farm

AN emerging farm tourism destination in Puerto Princesa City has partnered with the municipal government of Narra in Palawan to purchase the palay produced by farmers who were greatly affected by the plummeting prices of the staple grain.

According to Yamang Bukid Farm (YBF) vice president for community affairs Bro. George Maria, they would buy at least P100,000 worth of ready-to-mill palay at P25 per kilo – way above the prevailing buying prices of the state-run National Food Authority (NFA) which is P19 per kilo.

Maria and other officials of the Barangay Bacungan-based farm recently met with the local officials officials of Narra and expressed their intention to procure palay from the marginalized farmers in the municipality.

“This is a great opportunity for the farmers of Narra because you will buy the palay at a higher price and give back a portion of the rice to them,” Vice Mayor Crispin Lumba Jr. told Maria.

On the other hand, YBF vice president for tourism affairs Hope Alas said the amount to be used was the net proceeds from the “run for the farmers” that was recently conducted by the farm tourism destination in Puerto Princesa City.

“This is our commitment to the farmers and to those who joined and believed in our cause,” said Maria, a former seminarian.

Due to this development, Narra municipal agriculturist Eugene Sumaydeng recommended to the YBF officers to contemplate on buying from indigenous people (IP) communities who are cultivating organic upland palay.

“Your help will be hugely felt in these far-flung areas,” Sumaydeng pointed out.

As part of their commitment, Lumba said the local government will shoulder the drying and milling of the palay, and assist in transporting or hauling of the grains from the upland areas to the town proper.

Maria stressed that they are expecting to help dozens of impoverished IP farmers.

“What we’re doing is really small, but we hope this could snowball into something big and spur other businesses, well-off individuals, and organizations to do the same so we can help alleviate the sorry situation of our farmers,” Maria said.

Lumba said his town has planned to push for a similar initiative and the partnership with Yamang Bukid Farm was a start.

“You know about government bureaucracy, we have to abide by it especially if involves people’s money, so your project is a timely and welcome development,” he said.

According to the farm officers, they will be giving back to the farmers half of the milled rice and keep the other half for redistribution during its coming Christmas outreach missions, and use the collected rice bran or darak for producing swine feed.

Coconut Oil is One of Nature’s Healthiest Oils: A Detailed Reply from the Asian and Pacific Coconut Community (APCC)