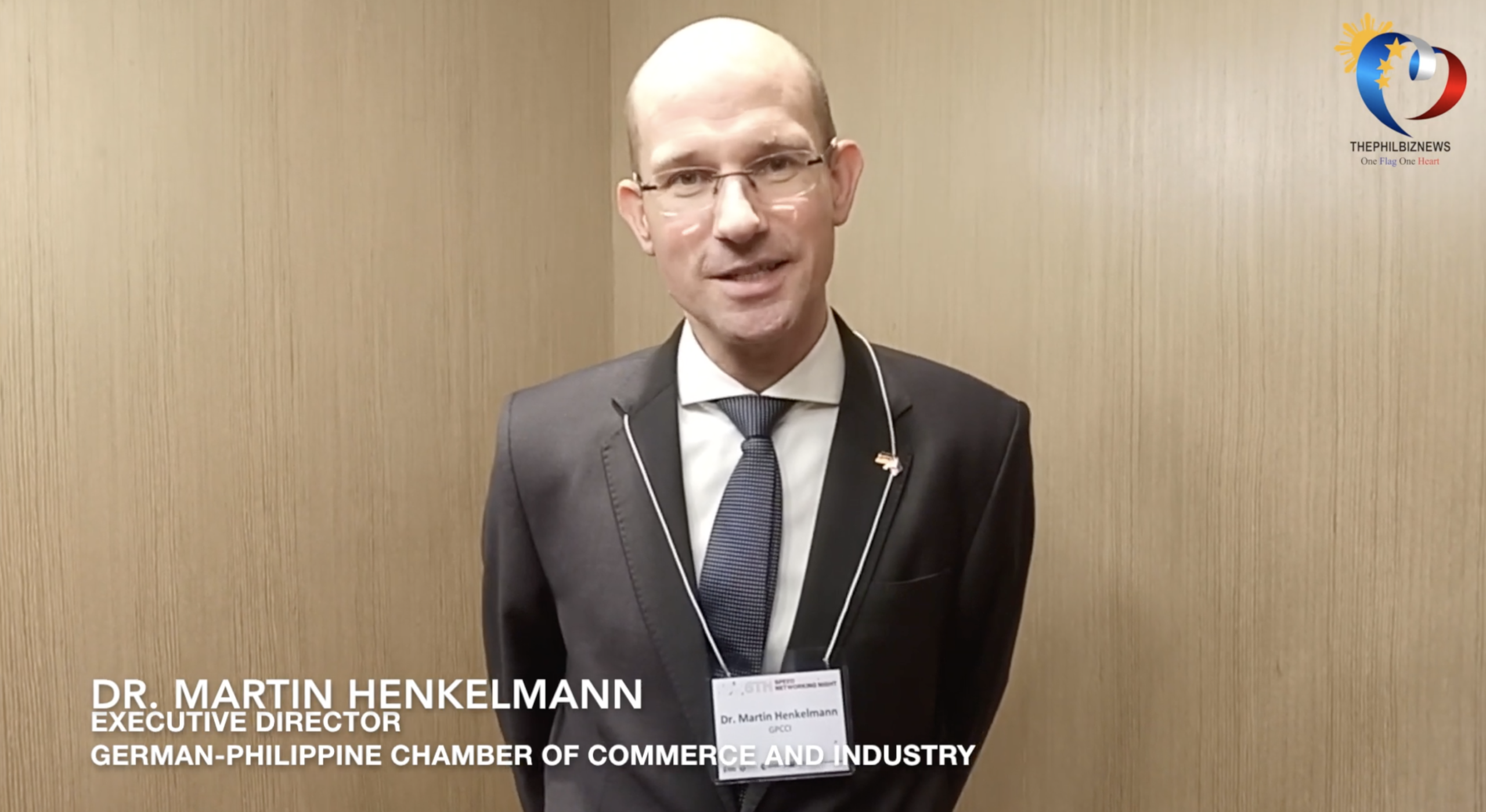 Text, Photo and Video By Monsi A. Serrano

More investors and capital from Germany can be expected if government maintains its attractive incentives for foreign investors, especially those already existing and operating under the Philippine Economic Zone Authority (PEZA).

This point was underscored by German-Philippine Chamber of Commerce and Industry, Inc. (GPCCI) Executive Director Martin Henkelmann in a recent interview with THEPHILBIZNEWS at the Dusit Thani Manila.

“When the (Philippine) government does not disrupt foreign companies that are in PEZA that are being given attractive incentives… then the government can expect more investors coming to the Philippines,” Henkelmann said.

He said other foreign chambers of commerce share GPCCI’s sentiment that in order to encourage more investors from their respective countries to pour in capital investments into the Philippines, there should be continuing government protection for investors.

Earlier, other foreign chambers of commerce had voiced out while the Duterte administration is set on implementing economic and policy reforms, it should not lose its comprehensive incentive package for foreign investors which is the Philippines’ competitive advantage over its neighbors in Southeast Asia.

Henkelmann assured that the GPCCI leadership and all of its members doing business in PEZA will be the ones promoting the incentives afforded by the Philippine government to foreign companies in order to entice more German firms and investors to come to the Philippines.

BSP sets to meet next week to discuss inflation rate