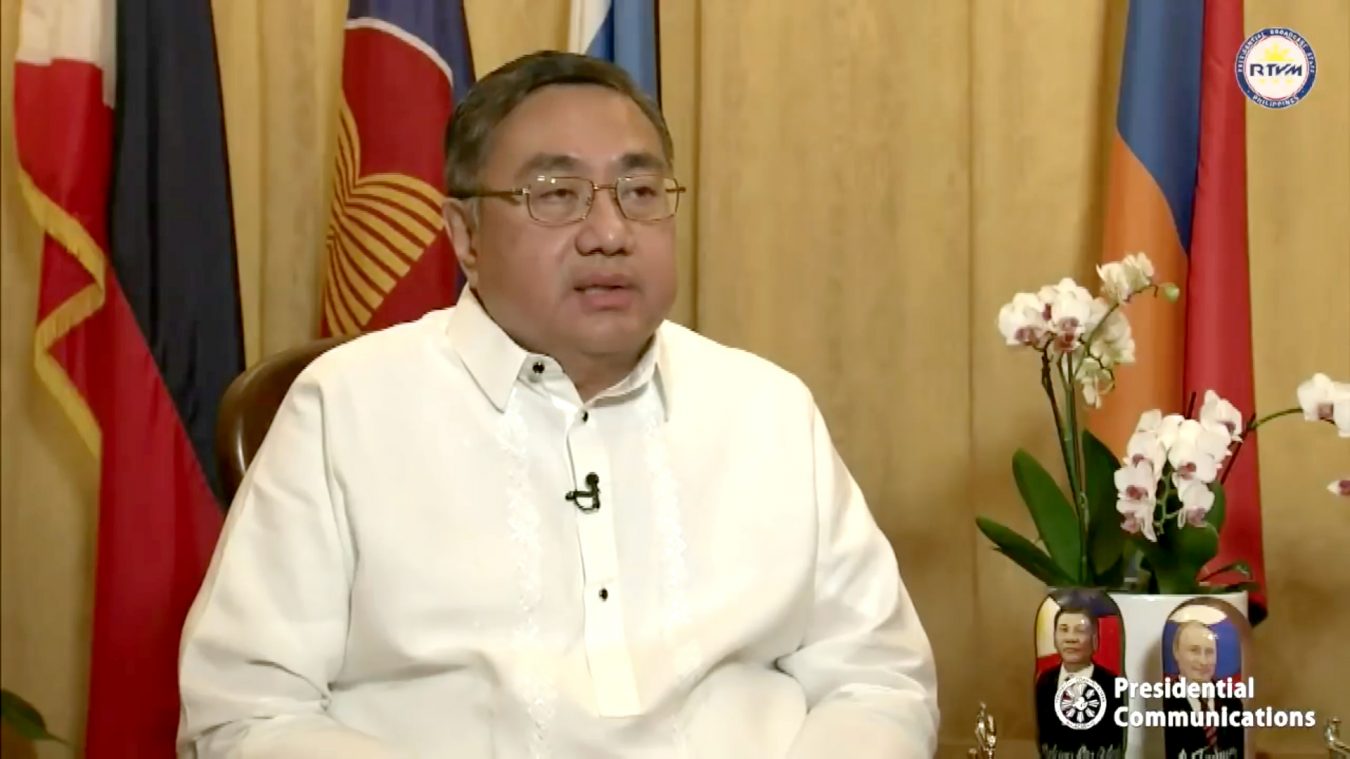 Philippine Ambassador Carlos Sorreta said Russia, being a major player in oil and gas, can supply the country’s energy demand and eventually bring down high energy cost. (Photo courtesy of RTVM via PND)

A high-ranking Philippine official, speaking during President Duterte’s visit to Moscow last week, said that Russia could play a major role in securing the country’s energy requirements in the coming years.

Quoting Philippine Ambassador to Russia Carlos Sorreta, the Presidential News Desk (PND) reported that since Russia is a major player in oil and gas, it can supply the country’s energy demand and eventually bring down the current high cost of energy.

But beyond that, Sorreta said they want Russia to invest in the Philippine energy sector by setting up plants for natural gas, particularly in liquefying natural gas extracted in the country.

There are also preliminary discussions on Russian participation in the country’s possible adoption of nuclear energy to meet its growing demand for power, according to Sorreta.

“It’s still very early ang nuclear power na merong mga konting talks, trying to understand what Russia can do and what we are ready to absorb,” he said.

But with regard to nuclear use, the Philippines and Russia have very advanced talks in non-energy uses, particularly for medicine and radiology, the ambassador said.

“And hopefully they will see and expand our capabilities to either build components or to assemble. Who knows maybe one day manufacture,” he said.

And like the energy sector, Russia, considered a powerhouse in information technology (IT), is also looking at investing in the country’s IT sector.

“They are very good at what they do. And we should not be closed-minded and you know, learn. It doesn’t mean we’re going to be like them but we have to learn,” he said. “I can’t say but there’s a Philippine company that is very interested in Russian IT.”

Board of Investment, 33 other government agencies set to sign agreement to further improve ease of doing business in the Philippines

How did Guiuan get back on its feet after Yolanda?