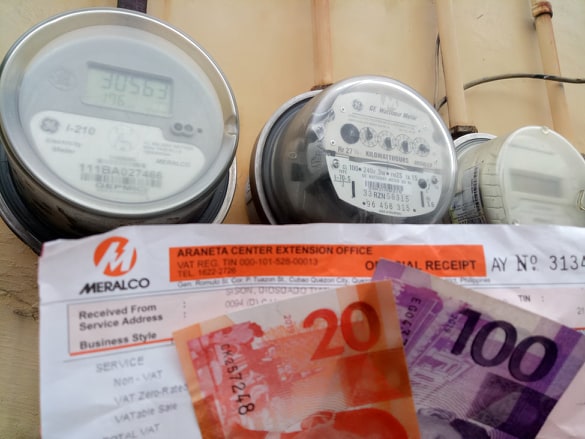 Lower generation costs as a result of three of the best deals ever made by Meralco with new power suppliers promises savings for consumers. (Photo by NCB/THEPHILBIZNEWS)

The Manila Electric Company (Meralco) is eyeing new power supply agreements with its winning suppliers that could help ease the cost of electricity, it was learned Monday, September 9.

In a statement, Meralco said its consumers are expected to save around P0.28 per kilowatt (kWh) because of new supply agreements that are, by far, cheaper than usual.

Meralco even described the deals as “the three best bids it received for the supply of 1,200 megawatts (MW) effective December 26, 2019 for a term of 10 years.”

Once these agreements are implemented, lower generation charges translate to total consumer savings of P9.46 billion annually for 10 years.

These bids are much lower than the all-in headline rate, inclusive of value-added tax (VAT), of P4.9196/kWh and computed all-in LCOE P5.3694/kWh reserve prices pre-determined by Meralco based on recently Energy Regulatory Commission (ERC)-approved contracts and disclosed only upon the opening of bids.

Meralco, in a statement, said the resulting prices from the competitive selection process (CSP) are significantly lower than their average generation cost today of around PP5.88 per kWh.

It clarified that the all-in rate already includes line rental and VAT, and the cost of replacement power for all plant outages.

The generator companies will also pay a fine if they are unable to deliver power, which will be used to reduce the generation cost to the consumers.

Pursuant to the instructions to prospective bidders, the “best bids” will now undergo post-qualification.

The Third Party Bids and Awards Committee is expected to issue the respective notices of award in favor of those who satisfactorily passed post-qualification on Tuesday, to be followed by the signing of the power supply agreements with Meralco within the week.