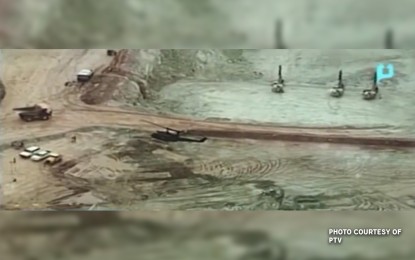 The Philippines’ decision to implement stricter environmental policies and regulations is projected to hamper the nickel mining sector’s growth, but Fitch Solutions Macro Research believes the sector can get a relief from Indonesia’s nickel ore export ban.

In a report, the unit of Fitch Group that provides credit and macro-intelligence forecasts a “modest growth” for the medium and long term for the local nickel mining sector given the current administration’s stricter environmental regulations and declining ore-grades.

In 2016, former Environment and Natural Resources Secretary Gina Lopez ordered the closure of 23 mining operations around the country and suspension of some, noting these are operating in functional watersheds.

An audit was also conducted in 2018, wherein some companies failed to secure permits to continue operation.

The government said the review will be conducted every other year to ensure that mining operations adhere to regulations and standards.

“As mines begin to restart over 2019, we believe there is room for an aggregate increase in production when factoring in the increased production at current operations already,” it said.

The report said domestic nickel mine production has been declining in recent years from about 554 kilotonne (kt) in 2015 to around 340kt in 2018.

Citing Mines and Geosciences Bureau (MGB) data, however, it cited that nickel production in the first quarter of 2019 rose by 2.5 percent year-on-year to 2.97 million dry metric tonnes (mdmt).

Another boost to the sector is the fast-tracking of Indonesian government’s ban against nickel ore export starting January 1, 2020, two years earlier than the originally scheduled 2022.

This “has created an opportunity for Philippine nickel miners to alleviate the impending supply shortfall in Indonesia -the largest nickel producer globally,” it said.

“We believe nickel smelters in China, which currently import the majority of their ore from Indonesia, will likely look to the Philippines as an alternative source of supply, due to its proximity and substantial nickel mining capacity,” it said.

“This sudden increase in demand could lead to an acceleration of nickel mine development and increased investment into current operational projects, aimed at increasing production in 2020,” it added. (First published by PNA, Sept. 4, 2019)