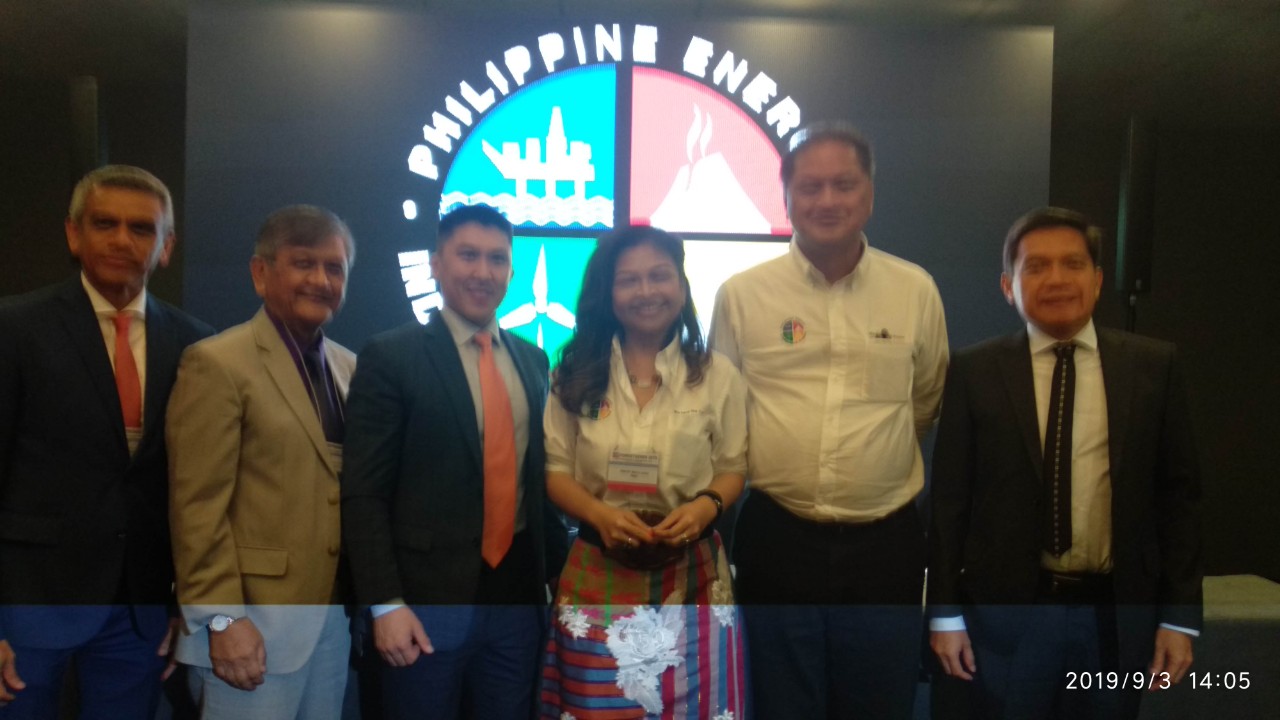 Creating more alternative energy sources for a growing population and driving down the cost of electricity must be pursued by government, alongside its infrastructure development program, if it is to attract investors and avoid a power crisis, a new group of energy advocates said at a recent forum in Pasay City.

The energy advocates form the Philippine Energy Independence Council (PEIC), which was launched last Tuesday at the SMX Convention Powertrends Exhibition. Officers aim to make the PEIC the voice of the energy sector in airing its concerns to government.

Shell Philippines Exploration BV Paulo Gavino said there is a need to ensure energy access and affordability to the Filipino people.

“As population grows, the demand for the usage of energy is directly proportionate because of the user. This is something that we at PEIC is advocating. Growing population requires more energy. Currently, there are 2.4 million Filipinos still don’t have electricity, are we going to leave them in the dark?” Gavino asked.

“Thus, while our economy is growing rapidly, the huge demand which is expected inevitably calls for the increase in demand for more and cleaner energy. So we really need to create alternative energy sources that are indigenous and sustainable. By 2020 there will be an estimated 125 million population, and in 2030 – 130 million. This rapid population growth requires more energy,” he said.

There are many energy sources in the Philippines, but Gavino said the pressing question is “Are they enough?” He cited the Malampaya gas field as generating 30 percent of the country’s power, but when it runs out, what would be next?

It will be recalled that former Energy Secretary Jericho Petilla had warned that Malampaya, the country’s biggest source of energy, may be used up by 2024.

Looking at the bright side, Gavino said: “The Philippines can be a leader in geothermal power and natural gas, if we have that long term vision.”

In this regard, the PEIC finds its purpose to help guide the country’s leadership and propose legislation that will secure Filipinos’ energy needs in the future through indigenous, renewable, and cleaner energy options.

Dr. Arthur Saldivar-Sali, chairman and CEO of Geotecnica Corp., said the Philippines is in a good position to develop its energy sector and that his belief is supported by history. “Back in the ’70s, other countries like Thailand, Vietnam, Myanmar, and Cambodia were lagging behind us. They envied us because we were even ready for nuclear power before,” he said.

Sali said government and the energy sector must put its act together to address energy security concerns. If not, he warned: “The growing demand for energy, despite the escalating power rate, and population growth would really put our country at risk if this will not be addressed.”

Why depend on energy imports?

La Viña said the PEIC believes energy self-sufficiency is the key, citing how rich in gas, oil, geothermal, wind, and solar resources in the Philippines.

“Our too much dependence on imported oil and coals, will really hurt us if not addressed properly by coming up with a long term plan for energy exploration, management and sourcing locally. While we know we cannot be 100-percent independent from importation, we need to come up with longer solution to address this access and affordability issues on energy,” he said.

La Viña said this is the reason why energy advocates came together to form the PEIC.

“We want to lobby to the government and work with other private sectors to address this critical issue on energy independence of our country,” he said. “If we don’t face this head on, we might be caught flat footed.”

Asked why such an organization as the PEIC should step up while it is incumbent upon the government to plan and implement the future of the energy sector, Dr. Sali said energy advocates can work together with government to keep it on track.

“That is one thing that our past, present and future government administrations should learn from other countries, which is to have a regulation that is constant. So even if a term of this President ends, the law is carried forward to the next administration. In that way, there will be no confusion and there is a clear path to where the country is heading too,” Dr. Sali told THEPHILBIZNEWS.

“We at PEIC wants our advocacy as our legacy to the next generation of Filipinos, by having affordable, sustainable and locally sourced energy for our country that would give access to many Filipino people,” he said.

What about the BNPP?

Meanwhile, THEPHILBIZNEWS asked Dr. Sali the viability of the Bataan Nuclear Power Plant (BNPP) had it not been mothballed and he said: “Certainly, BNPP would be a big help. In fact, (if it had been in operation) we will not be a victim of this power rate hike in the Philippines.”

He added: “Those who doubt our engineers’ capability and competency are being unfair. Those engineers were trained in the US. When the BNPP was mothballed, they left and started working for nuclear plants in the US, Japan, and New Zealand. Mind you, the BNPP is safe. There was an earthquake and Mt. Pinatubo eruption, but the BNPP is still standing there.”

Dr. Sali went on to say: “The Fukushima Daiichi nuclear disaster was not because of earthquake. It was because of tsunami because the nuclear plant was built near the shore. But our BNPP is built on a solid and elevated foundation.