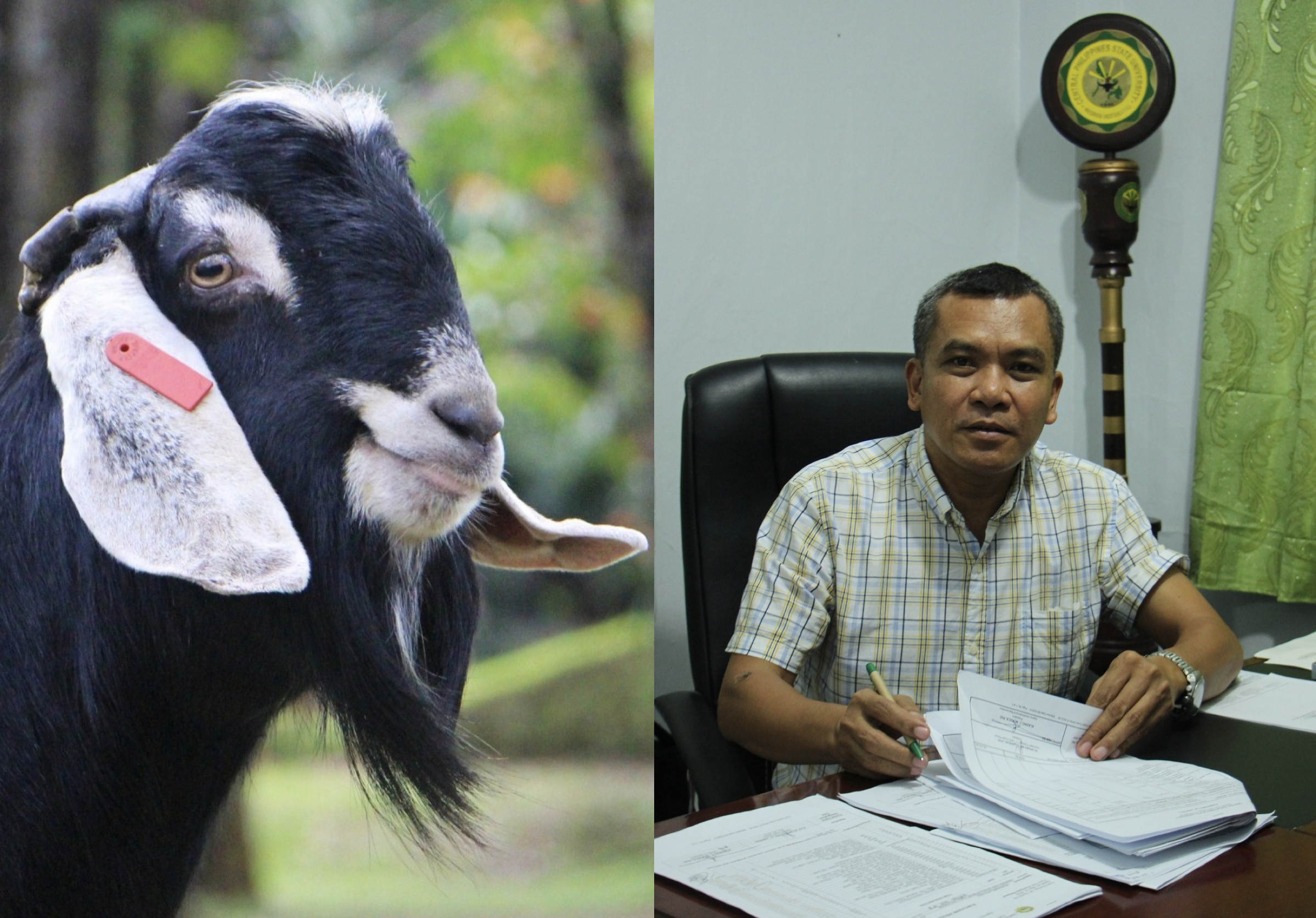 FOLLOWING the concerted efforts of the Central Philippines State University (CPSU) for improving the lives of marginalized farmers in the countryside, it is expected to fully implement a project on practical technologies and dispersal of small ruminants to identified beneficiaries.

Ruminants are mammals that are able to acquire nutrients from plant-based food by fermenting it in a specialized stomach prior to digestion, which is principally through microbial actions.

The procedure of rechewing the cud to further break down the plant matter to stimulate digestion is called rumination. The word “ruminant” originated from the Latin ruminare – which means “to chew over again.” Often, ruminants have mouths that smell of moist grass that is beginning to decompose.

There are around 200 species of ruminants which include both the domestic and the wild species. Ruminating mammals include cattle, all domesticated and wild bovines, goats, sheep, giraffes, deer, gazelles, and antelopes. Among the identified species, one of the most interesting small ruminants to tap is goat, due to its potentials in propelling the country’s goat industry.

It has been perceived that goat raising is a “sunrise industry” in the country which is described as slowly but steadily gaining the favour of the stakeholders and small farmers in the countryside.

Taking into account the rich potentials of the industry, the CPSU, with its main campus located in Barangay Camingawan, Kabankalan City, Negros Occidental, has already embarked on a project which will promote the goat industry in the community level.

The project will involve breeding and cross breeding species which are adoptable to the rural areas, at the same time, promoting organic agriculture in the countryside.

It can be noted that even the Philippine Council for Agriculture, Aquatic and Natural Resources Research and Development of the Department of Science and Technology (DOST-PCAARRD) has emphasized the importance of goat production in the rural areas.

While majority of supply is sourced from backyard raisers, PCAARRD says the number of commercial investors has been observed to be steadily increasing.

Based on the latest data from the Philippine Statistics Office (PSA) as of January 1, 2019, the total inventory of goat was placed at 3.76 million heads, which is 0.8 percent higher than its previous year’s level of 3.72 million heads. The inventory of “does” as of the same period was estimated to be at 1.54 million heads.

The PSA says that among all ages, does accounted for 41.1 percent of goat population, and the remaining 58.9 percent were contributed by kids, bucks, and other age group.

The relatively small population base can be attributed to two major factors – high slaughter rate and low productivity.

Low productivity stems from lack of knowledge on improved management practices, and lack of access to quality breeders. The said factors results in long production cycles of more than 9 months, with conception rate of as low as 75 percent.

The kids, on the other hand, have high preweaning mortality rate (25 percent), and growth is slow and weight averages only 15 kilograms (kg) at market age.

Despite the low production level, the demand for goat meat and goat’s milk remains robust in the country, as the number of goats slaughtered has always been higher than the number of kids born alive.

At present, farmgate and carcass prices of goat remain high, even higher than the prices of beef. However, the demand cannot be met, as this would mean slaughtering an average of 1,355 25-kg of goats per month or around 16,262 heads per year.

This means that currently, there is much potential in goat production as supply cannot yet meet the demand.

To address these gaps, national goat science and technology (S&T) initiatives were laid down in a holistic way. It was learned that from 2008 to 2016, about 7 programs on goat production have already been funded by PCAARRD.

All these focused on accelerating the enhancements for goat productivity by:

• Improving the conception rate of does from 75 percent to 90 percent by next year;

• Decreasing preweaning mortalities from 25 percent to 5 percent by 2020;

• Establishing standards for goat slaughtering and cutting by 2015;

On the other hand, CPSU President Dr. Aladino C. Moraca recommends at least two breeds of goats that can be reared by both the local backyard raisers and the commercial raisers in the province of Negros Occidental.

These include the Anglo Nubian for milk production, and Boer – a meat-type breed which can weigh an average of 70 kilograms.

In general, Moraca emphasizes the importance of applying practical technologies which can boost the local goat industry, and its relevance in helping to improve the lives of the marginalized farmers in the countryside, and the rural economy as well.

This statement characterizes the importance of small ruminants like goat in tropical countries like the Philippines, and small ruminants are reared mainly for four basic functions – meat, milk, skin, and wool, based in the order of importance.

Goat’s meat is known to be lower in saturated fat than chicken, pork, and beef, low in cholesterol, but higher in protein.

The effort of the CPSU aims to promote practical technology and its products towards providing competitive and profitable business ventures for the micro, small, and medium enterprises (MSMEs) in the agriculture sector of the country.

The availability of native forage at the thousands of hectares of land area at the CPSU Campus can provide the cheapest source of nutrients for the small ruminants under its care.

The integration of other forage resources available at the CPSU for the small stock owners would go a long way to improve the productivity of their animals, and uplift the lives of marginalized farmers in the rural areas.

How ‘AGRI-Preneurship’ inspires Tarlac folks get into farming, earn a living