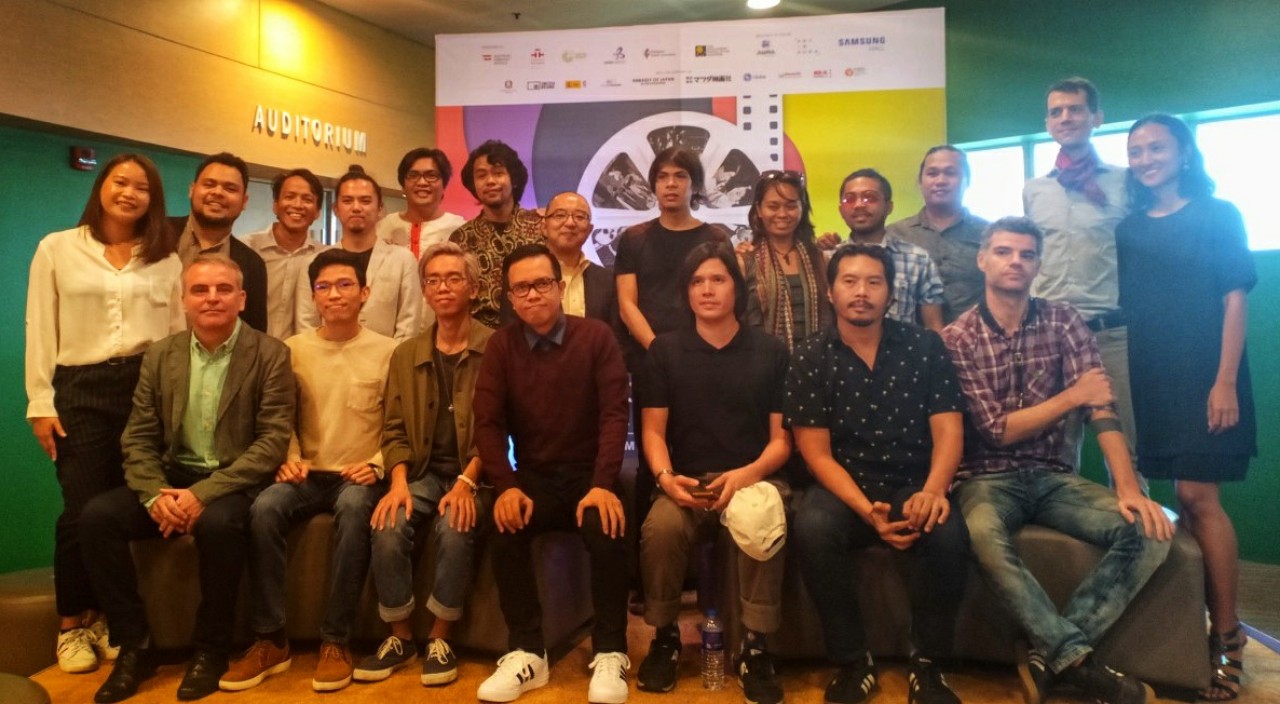 Filipino musical talents from around the country get to display their creativity in providing the musical scoring for some of the most treasured silent films of six countries in the 13th International Silent Film Festival in Manila, opening on Friday, August 30, at the SM Aura Premier in BGC, Taguig City. (Photo by Monsi A. Serrano/THEPHILBIZNEWS)

Five Filipino artist groups are tasked to add life to the silent films featured in the festival.

In this year’s International Silent Film Festival, six films will be shown from the participating countries — Austria, Germany, Italy, Japan, the Philippines, and Spain.

The Philippines will feature “Native Life in Philippines,” directed by Dean Worcester in 1913, depicting the life of the indigenous people of Kalinga. The live musical scoring will be rendered by Munimuni band known for their signature “Makata Pop” sound.

Japan’s “Orizuru Osen” (The Downfall of Osen) which is directed by Kenji Mizoguchi (1935) will have live scoring by Kaduma Ni Karol.

Spain’s “Es Mi Hombre” (He’s My Man) in 63 minutes is a directorial job by Carlos Fernández Cuenca in 1927 and will get live musical scoring by Tarsius.

The live musical scoring from romantic Italian movie, “L ‘Onestà del Peccato” (The Wife He Neglected) directed by Augusto Genia in 1918, will be done by Italian saxophonist Stef&no and the Pocket Orchestra.

For Germany’s “Von Morgen bis Mitternachts” (From Morn to Midnight) which was directed by Karlheinz Martin (1921), live musical scoring will be provided by Anima Tierra.

Finally, Austria, Kalif Storch, a film that talks about fun and magical experience and was directed by Hans Berger & Ladislaus Tuszynski in 1924 will have its live musical scoring courtesy of  Tanya Markova.

During the media briefing held last August 20, at Samsung Hall SM Aura, all artists participating in the event expressed their excitement and shared the challenges they each encountered when the film was being processed for live musical scoring.

Organizers of the Manila International Silent Film Festival told THEPHILBIZNEWS that it was being held here with Filipino artists doing the musical score because of the great talent and passion Filipinos have for the arts.

Jose Maria Fons Guardiola of Instituto Cervantes de Manila said, “We know the Filipino artists are very passionate. You love music and your creativity would surely add life to the film regardless of the genre.”

For The Japan Foundation’s Manila Director Hiroaki Uesugi, bringing “The Downfall of Osen” to Philippine audiences is a special engagement. So, it was a careful choice on their part to invite Kaduma Ni Karol, a band from Mindanao, to render the interpretation for the Japanese silent film.

He said he  he believes that while Filipinos are musically gifted, the talents are not confined in Metro Manila and Kaduma ni Karol is proof of that.

On the part of Zelpha Bombais, Press and Cultural Attaché of the Austrian Embassy Manila, choosing Tanya Markova was the perfect choice for the movie Kalif Storch because while the band plays the Shock Pop, Happy Goth, Dark Nursery Rhymes, Birth Metal, and this film, they will show their versatility by coming up with the perfect music to the film.

The 13th International Silent Film Festival Manila is a collaborative effort of the Film Development Council of the Philippines, The Japan Foundation Manila, Instituto Cervantes de Manila, The Philippine Italian Association, Goethe-Institut Philippinen and the Austrian Embassy Manila and in partnership with SM Aura Premier and supported by Globe Telecom & Barista & Coffee Academy of Asia.

The International Silent Film Festival of Manila is open to the public and ADMISSION IS FREE. To reserve tickets, visit https://bit.ly/307XECV