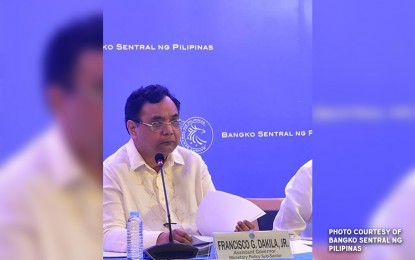 In an advisory, the central bank said a total of P80 billion will be offered this coming week, lower than the P100 billion last week.

Specifically, the seven- and 14-day facilities will be offered for P20 billion each, while the 28-day offering is P40 billion.

During the auction last Thursday, Aug. 22, a day late due to the holiday last Wednesday, the six-day facility was offered for P40 billion but was undersubscribed at P35.82 billion.

Banks also offered low bids for the 13-day facility after they submitted tenders amounting to P26.055 billion against the P30 billion offering.

On the other hand, there was strong demand for the 27-day TDF after bids reached P41.119 billion, higher than the P30 billion offer.

“At the same time, the results of the auction indicated the banks’ preference to hold on to their cash in view of the long weekend and month-end liquidity requirements,” he said.

Dakila, however, noted that the total tenders received across all TDF tenors at about P103 billion were in line with the BSP’s liquidity forecast for the said week. (First published by PNA, Aug. 23, 2019)

Managing your finances for the year ahead

ML and LBC: Creating more gateways for their remittance customers