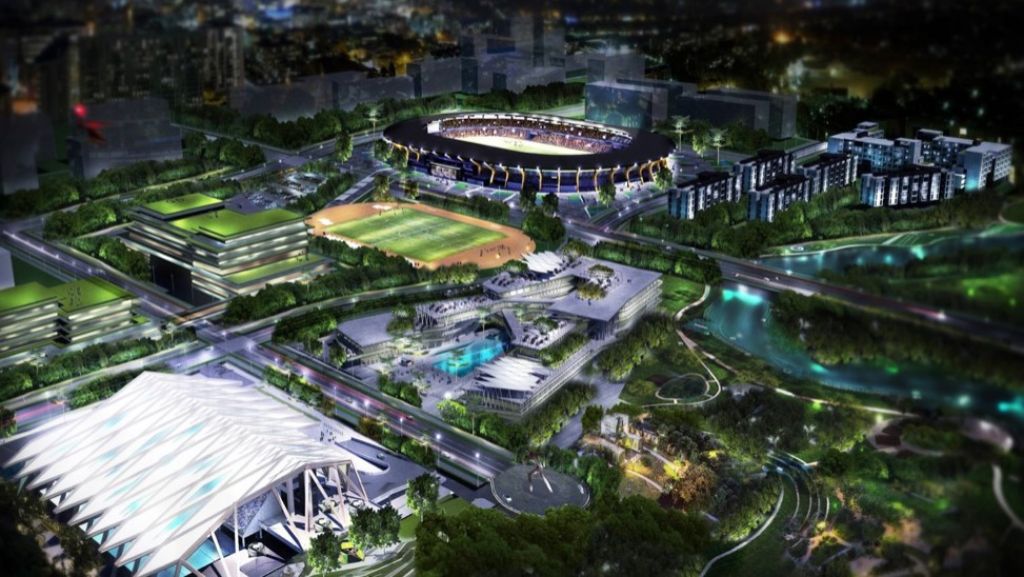 About 100 kilometers north of Manila, the Philippine capital, a city of the future is taking shape. It’s one of the most important large-scale infrastructure projects in the country’s recent history. Manila is bursting at the seams with people, buildings, and vehicles. Floods and earthquakes are ever-present threats.

New Clark City will set a new benchmark for liveable, environmentally sustainable, and resilient cities in Asia and the Pacific. Located on the site of a former military base, the $14 billion project will span nearly 10,000 ha with space for up to 1.2 million residents, a new national government administrative center, internationally-certified sports facilities, and sites for businesses including those involved in agriculture, light manufacturing, and high-technology research.

Phase 1 of the new city, focused in the northeast area covering the civic and the downtown districts, is scheduled for completion in 2022. When built, the city will help to decongest Manila and show how meticulous planning and investment in high-quality infrastructure can transform the urban experience.

But the project wouldn’t have happened if companies weren’t prepared to invest their money. They invested because the project was commercially viable, with infrastructure packages structured as public-private partnerships (PPPs) involving the Bases Conversion and Development Authority of the Philippines (BCDA), which is developing the site, and private sector partners.

In infrastructure, as in life, good advice matters

Asia’s infrastructure requirements today are estimated at over $1.7 trillion a year to 2030. This will require mobilization of funds held by private investors since government spending remains under pressure and other sources of traditional funding are limited.

To be successful, PPPs must be grounded on strong public policy considerations, based on acceptable commercial principles, effective risk sharing, and a bankable contract structure that offers value for money over the life of the project.

Asia faces a serious challenge in attracting private capital into infrastructure, due to the lack of well-prepared bankable projects. ADB recognized this challenge early and put high quality project preparation and development at the core of its PPP Operational Plan released in 2012.

AP3F funds can be used by ADB’s developing member countries for capacity development, to support upstream policy work, PPP project preparation, and advisory operations. To date the fund has mobilized approximately $1.2 billion in private investment, with more than 20 projects in the pipeline valued at an estimated $3.5 billion. Funding from AP3F has been operationalized across 23 projects in 19 countries.

As PPPs are still relatively new to the region, there is significant work to be done preparing an enabling environment for them. OPPP publishes The PPP Monitor to track the development of the PPP business environment as well as the challenges of doing PPPs. This tool helps policymakers and investors by providing in-depth information and data on the business environment for PPPs over time, enabling infrastructure developers to assess opportunities across countries and sectors, and by flagging important reforms that may affect investors.

ADB’s advice was crucial to the success of Bangladesh’s $1.8 billion Road Infrastructure program, which was conducted under PPP arrangements. The Dhaka Bypass became the first of the road assets to reach commercial close, in December 2018. The 2-lane road is part of National Highway N105 and is a key arterial route connecting the northern and north-eastern part of the country with the southern and eastern region, bypassing Dhaka city.

OPPP provided financial advisory for the Dhaka Bypass project and supported the tender process with a focus on delivering a project based on international best practice. Legal support included drafting the concession contract, which can be used for future road PPP transactions so they can be implemented faster and more efficiently.

Taking a PPP deal from origination to close demands diligent advisory, but also creativity and flexibility. Support for clients is sometimes needed in areas outside the scope of the mandate but can nevertheless be crucial to deliver a project.

How does OPPP respond to such situations? The process starts by weighing the pros and cons of each aspect and pushing for adoption of recommended best practices, on a pragmatic basis. The progress of any advisory mandate hinges on the ability of the client to make right decisions quickly and efficiently. So OPPP management will actively engage with clients and ADB’s regional departments to achieve realistic timeline expectations.

Often, an important part of an advisor’s job is to provide strong guidance to consultants working on the project. Clear and consistent guidance to external consultants helps ensure client needs are reflected and projects are delivered on time.

The ensuing River Study Plan contained focused recommendations on how to structure the developments while embedding climate-change resilience features. Use of industry benchmarking and technical recommendations reduced the cost of the project per square meter by more than 50% for NGAC Phase 1.

Good advisory is strongly focused on client needs. ADB adopts a country-focused approach and can combine upstream AP3F funding with downstream transaction advisory services to deliver infrastructure projects. In fact, OPPP has greater resources to provide solutions for its clients than do most commercial advisors.

It can deploy these resources to lay a foundation for the roads, airports, ports and even new cities to narrow Asia’s infrastructure gap and deliver the services it so urgently needs.

Yoji Morishita is Head of the Office of Public & Private Partnership at Asian Development Bank.