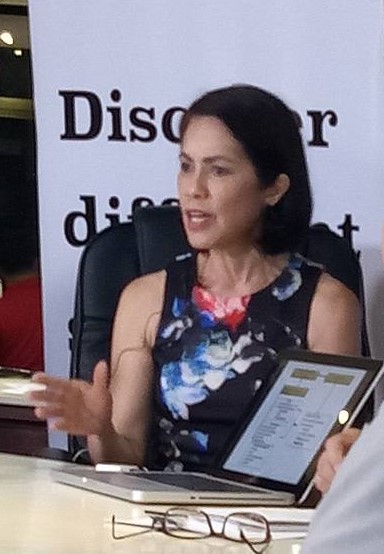 Pro-environment activist, philanthropist and former Environment Secretary Gina Lopez, who sought to stop mining in the country, died on Monday, August 19, due to brain cancer. She was 65.

Her passing was confirmed in a statement released by ABS-CBN, in which she served as the long-time chairperson of ABS-CBN Foundation Inc. (AFI).

The statement reads as follows:

“Gina was the pillar of strength that pushed AFI to achieve what seemed to be impossible. Her caring heart and selfless kind of love inspired people within and beyond the organization to help and serve others.

“While we mourn with Gina’s family and loved ones, we also pray that her legacy continues to live on in the heart of every Kapamilya she had touched in her lifetime.

“We will never forget her and will continue to honor her remarkable contributions not only to ABS-CBN, but the entire nation.

“Thank you Gina, for showing us how it is to live in the service of the Filipino.”

During her work in ABS-CBN Foundation, she founded the Bantay Bata 163, a helpline devoted to reports of cases of child abuse.

“She also established Investments in Loving Organizations for Village Economies (iLOVE) Foundation, which aims to lift communities out of poverty through the creation of environmentally conscious businesses at the grassroots level,” said ABS-CBN.

As secretary of the Department of Environment and Natural Resources (DENR), Lopez sought to preserve the country’s watersheds and eco-tourism sites, crusading hard against all mining activities.

In lieu of flowers and Mass cards, the family requests that donations be made to the ABS-CBN Foundation.

Philippines Focuses on Stronger Cooperation and Building Trusts at the APEC Trade Minister Meeting in Vina Del Mar, Chile, 17-18 May 2019