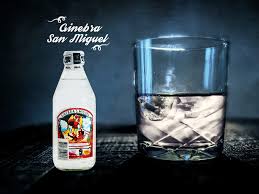 Ginebra San Miguel is celebrating its 185th anniversary this year on a high and forceful note by almost doubling its first-half (H1) earnings.

Aside from wider distribution and improved efficiencies from operations, the campaigns of core brands Ginebra San Miguel and Vino Kulafu for the first half of the year helped to further drive growth as volumes rose 17 percent against last year.

Roque, President Duterte expects to speak to the nation