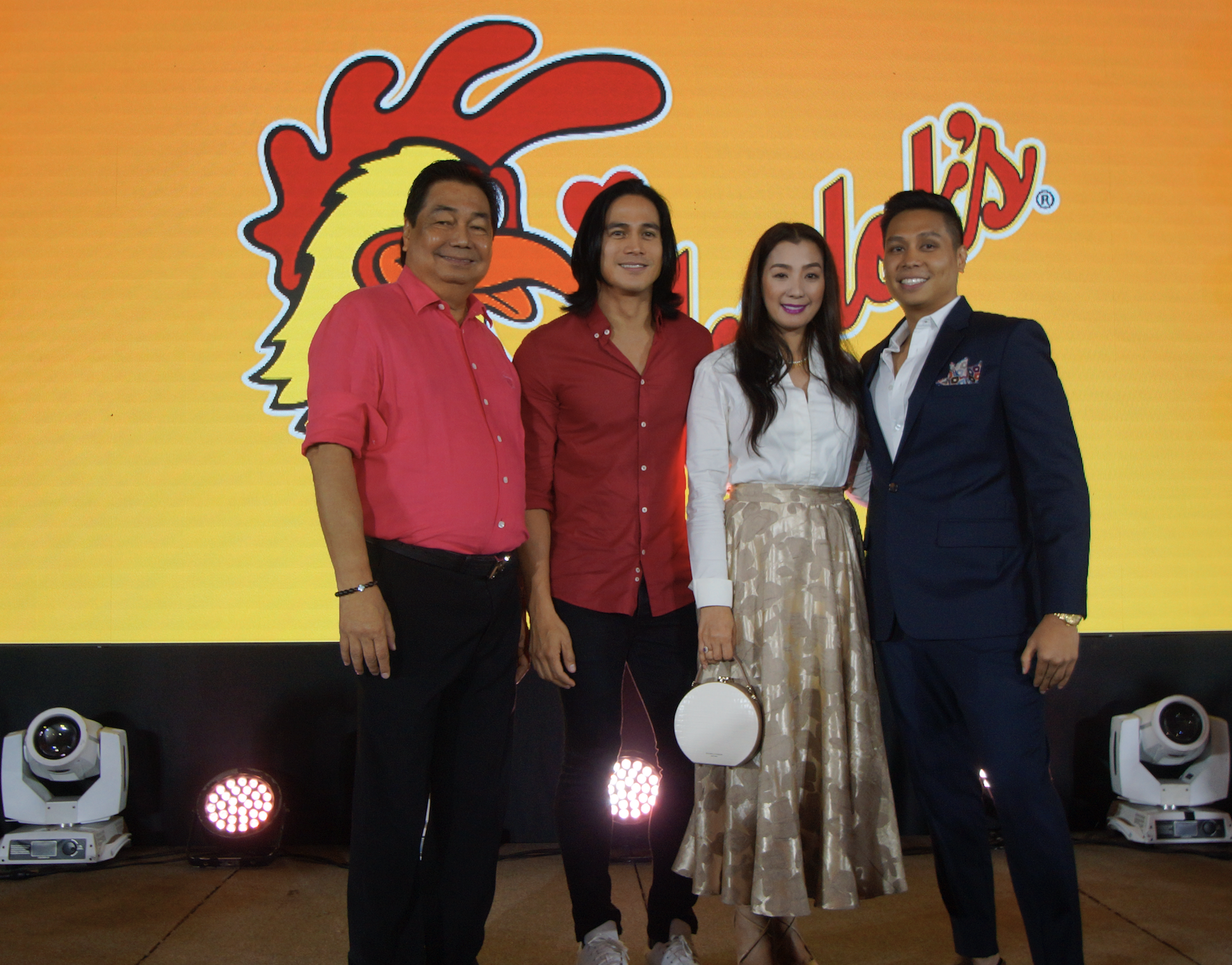 Text, photo and video by Monsi A. Serrano

It may be one of the best-known brands in the country, but little is said about the humble beginnings of Andok’s which has come to be known for two screaming tags attached to its famed roasted chicken and pork belly — “Pambansang Litson Manok” and “Father of Litson Liempo.”

But that’s about to change.

Beaming with pride at the event was no less than Andok’s founder, chairman and CEO Sandy Javier, whose keynote rolls back to the days he ate chicken all days of the week because his first store could not sell out 12 whole pieces of litson manok in a day.

“Ang Andok’s po ay di sinimulan ng isang kapitalista. We didn’t start with a big capital. Andok’s was a test to poverty. Poverty is a test and I believe that ‘Ang kahirapan ay may pag asa,’” said Javier.

There was absolutely no shame there as he candidly revealed that Andok’s — arguably the most visible among the roasted meat franchises today — started with just two chickens, then 12, then 20.

“Several times, we were put to the test. When our sales were going down, we had to find out why. Andok’s had no name (so) nilalampaslampasan lang. And of course, ginagaya ako nung sinimulan ko and this affected my sales. Then what I did to be noticed, (was) I put a plywood signage and that really helped my business,” he said.

It wasn’t until Andok’s sales had taken off to soaring heights that Javier realized he was selling just one product and that his customers may get tired of eating chicken all the time.

In the succeeding years, Andok’s had made mistakes along the way, but Javier said: “We’ve learned from the mistakes and we don’t do them, again.” This, he said, is their secret to beating so much competition – to work at being the best in order to be the best.

“Andok’s is a believer of innovation. We have perfected the litson manok and litson liempo, and we know as a company that we can create more quality and innovative products for our valued customers,” Javier said.

In 2004, Andok’s launched the Dokito Frito – its version of the fried chicken which has since been another favorite of customers.

Further innovation now sees the Dokito combining two Filipino favorite tastes in one product – spice and fried food. “So we thought of coming up with the new Spicy Dokito. The spicy Dokito is different, because we use real chili during marination to ensure both spiciness and flavor will permeate in the meat of the chicken,” said Javier.

Andok’s is confident that its new Spicy Dokito will be loved not just by Filipinos, but even other nationalities. “It’s a culinary adventure and gambit that Andok’s carefully evaluated and discussed until we decided to make this a go — full blast.”

At the launching of the new Spicy Dokito, media guests did not have any idea who Andok’s was bringing out as its brand ambassador until Maverick Javier, Andok’s executive vice president, came upstage to make the announcement.

And once seasoned actor Piolo Pascual emerged, it made perfect sense that he embodied the promotional campaign for one hot and spicy product just like himself.

“Piolo is one of the most well-loved actors in the country. He embodies the Andok’s brand, which is about bringing joy and having genuine love for one’s craft. Having him as our first celebrity ambassador was an easy decision for us as he embodies joy, life and enthusiasm. He is here to really bring out the sili-ness out of everyone. We are very excited to have him as part of the Andok’s family,” said the younger Javier.

“He is kalog and hot. That is why he is perfect for the spicy Dokito. And beyond the cool and professional persona that Piolo projects to his fans, colleagues regard him as funny and makulit, with his “kakulitan” not annoying. His cheerful and fun personality is contagious that everyone around him just becomes silly with him; and it fits to a T to have the sili-est brand ambassador like Piolo. Indeed, in every set he is in, Piolo is considered the ball of sunshine,” the Andok’s EVP said.

Pascual said he was humbled and honored to be in the Andok’s family.

Facing media in the Q&A portion of the program, he said: “I feel blessed to be trusted by brands and their customers. Andok’s is a brand that offers affordable and delicious products to positively impact the lives of Filipinos one product at time. I have been a big fan of Andok’s products and I am honored to have been chosen as their first-ever celebrity ambassador.”

On the sidelines of the event, THEPHILBIZNEWS caught up with the Andok’s big boss for his take on signing up a big-name actor as its first brand ambassador. Javier said: “We have the hottest celebrity like Piolo Pascual who is worthy to be the brand ambassador of our spicy Dokito, and no one can contest that.”

“This 34th year has so many blessings for Andok’s and I want to thank our team for taking us this far,” Andok’s founder started.

“We are happy to announce that Andok’s will start to expand in the US, United Kingdom and United Arabs Emirates. It is an elating milestone. From a humble and unknown lechon manok and lechon liempo, to Dokito’s and spicy Dokito’s, going to the world and bringing the name of my father through Andok’s is a great achievement. And as we start in these three countries, we are hoping and praying that other countries will welcome Andok’s and see the pride of the Philippines going to the world,” the Andok’s president said.