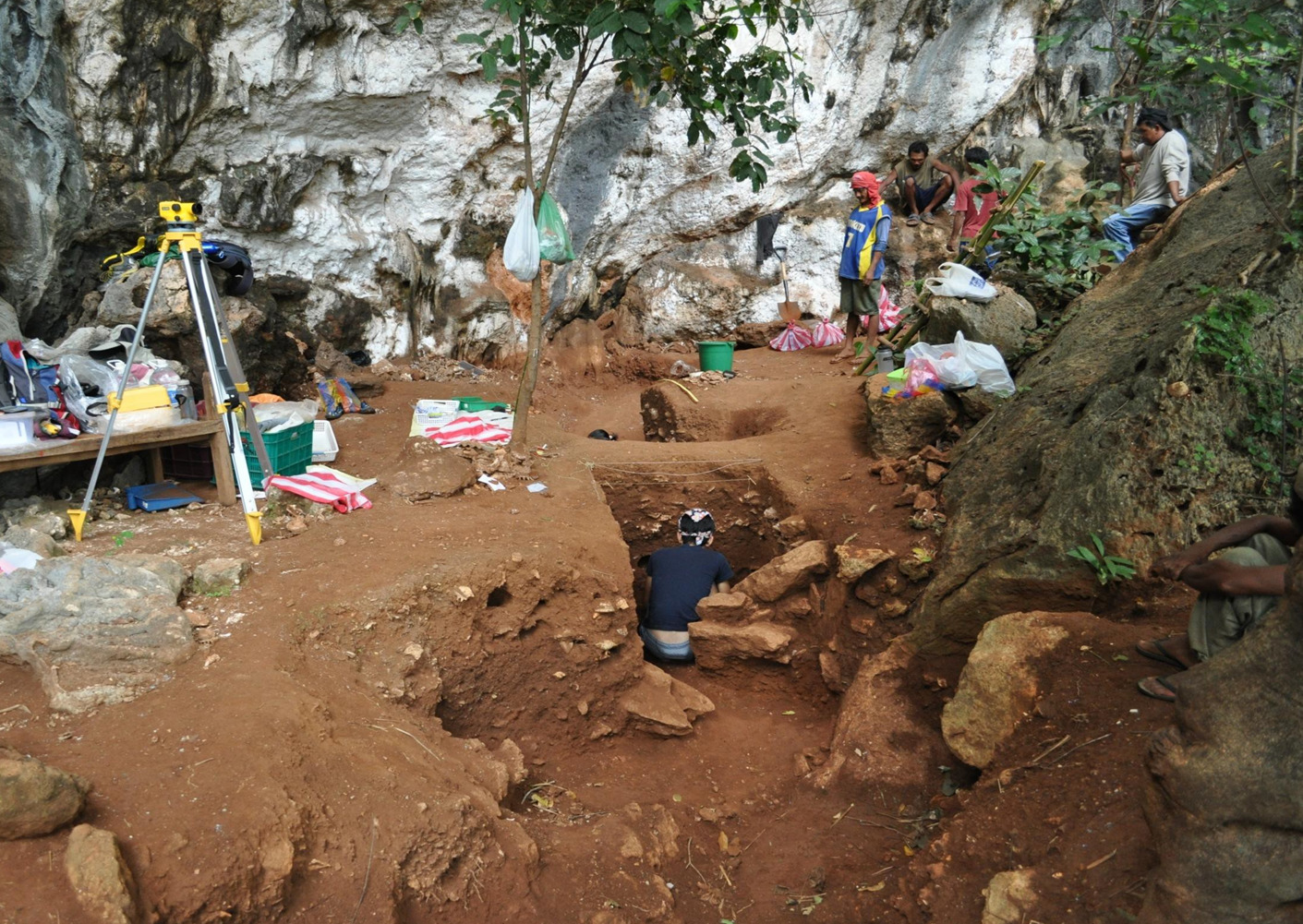 In the past, archaeologists were simply digging up artefacts and bones, describing them and placing their find in an exhibition. There was not much information and the only one came from our pure eyesight.

Archaeologists from the University of the Philippines have discovered a flexed burial in a rock shelter in Illin Island Mindoro Occidental. According to Dr Alfred Pawlik, the skeleton was covered with limestone slabs. The person was a woman, this can be seen from the shape of her facial and pelvic bones. Trained human osteologists, such as Dr Tanya Uldin head of the Human Osteology Laboratory at the University of the Philippines, can see this like we can see if a person is male or female when we look an into a face. A sample of tooth enamel was sent to Dr Philip Piper at the Australian National University for radiocarbon dating. Results revealed an age of about 4800 years before present. However, there was something unusual about the burial. There were no grave goods with it.

Using caves and rock shelters as graveyards are not rare. It is a practice that we can observe in other regions of the Philippine Islands but also in mainland Southeast Asia. Why were people climbing to hardly accessible caves to pay last respect to their deaths?

Caves are thought to be a connection to the underworld. The powers and spirits of the underworld are in caves, that’s why they appear so scary to us. They are spiritual places where the self and ego unite. Even today caves play part in initiation rituals and they are dangerous: the soccer boys who were trapped inside the flooded Tham Luang Nang Non Cave in Northern Vietnam, were also there for an initiation ritual. According to the rescue diver, Ben Reymenants young local boys go to the end of the tunnel and write their name on the wall and then make it back. The reason why people were burring there community member in the rock shelter can only be interpreted based on these associations. Probably they were allowing the loved one to clear their souls and find peace in the afterlife.

But can we say more about the life of the woman getting buried almost 5000 years ago?  The grave goods that are missing in case of the burial from Illin Island are usually playing a big role in understanding the everyday life of people in the past. Since they are missing archaeologists need to use a different strategy to understand our ancestors’ life. One possibility to reveal more on an archaeological find is 3D computed tomography Xray.

This service is now offered by ADMATEL an ISO/IEC 17025 accredited laboratory. Araceli Monsada, the laboratory manager of Admatel, introduced this technology and its capacity during the Science for the People 2019 – Enabling Technologies for Sustainable Development event at the World Trade Center in Pasay City.

Engr. Beejay Salon, a Senior Research Specialist at ADMATEL, demonstrated how scanning results reveal internal features of fragile and unique artefacts to the scientist without destroying the unique artefact. This is a powerful tool for researchers in archaeology – and now also available to Philippine researchers and industry.

According to Dr Tanya Uldin, head of the Human Osteological Laboratory at the University of the Philippines, the individual age and also her diet can be revealed with 3D computed tomography Xray. Also, other archaeologists have already been using the advantage of the technology, such as famous Dr Armand Mijares, who is the first Philippine researcher who discovered a new human species endemic for the Philippines. Since the establishment of the technology in the Philippines is quite new, we need to be patient with first results on the diet and lifestyle of our ancestors.

What we know about the woman from the rock shelter in Illin Island is that her community was also using the rock shelter for other rituals. The remains of shells and hunted pigs can be found at the site, but in a different area as the burial. Pork as today must have been already a popular food for our ancestors – and let’s see what future results of 3D Computed Tomography Xray will reveal on our cultural evolution.