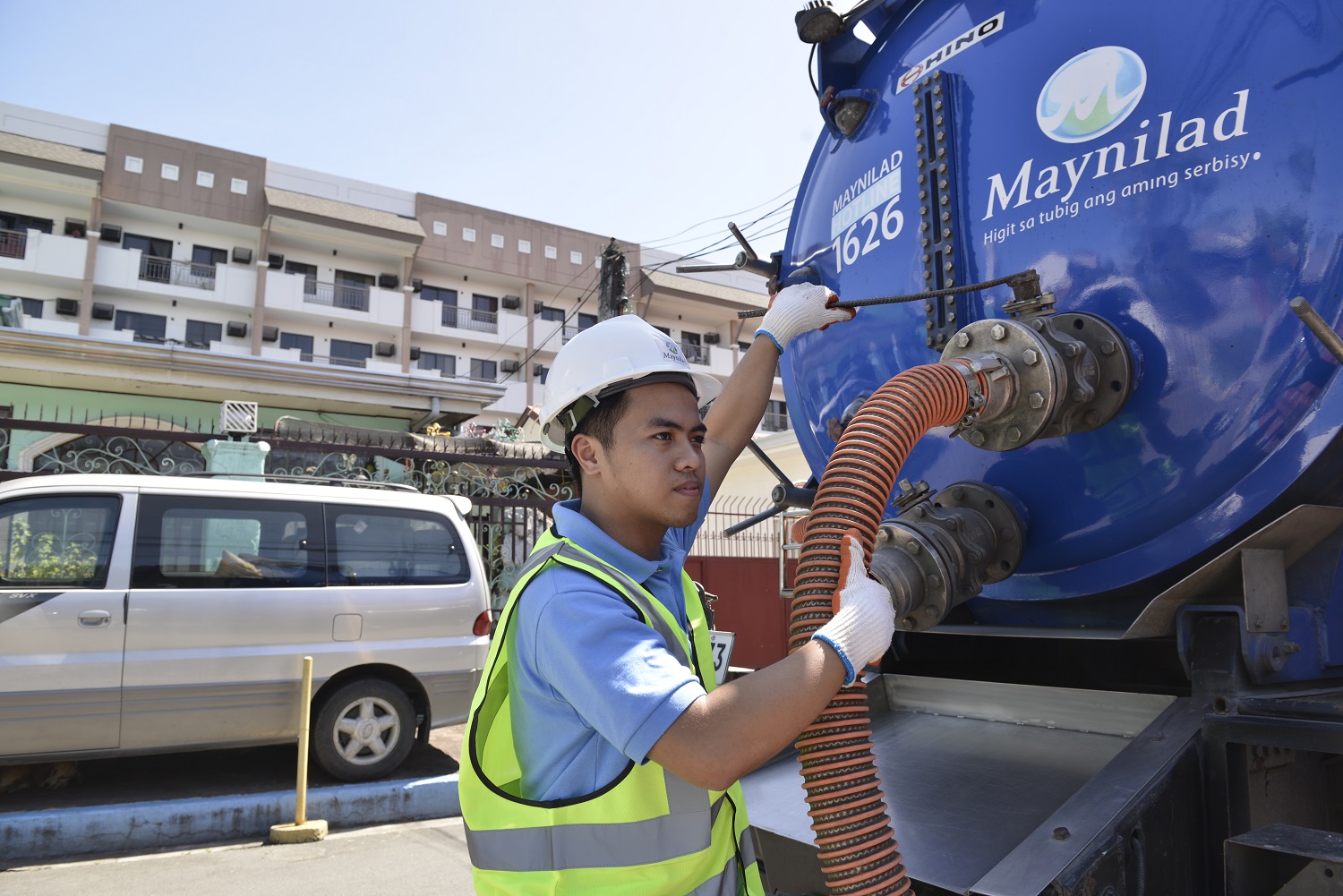 Maynilad, the largest private water concessionaire in the Philippines in terms of customer base, is offering desludging service this month. (Photo courtesy of Maynilad)

Maynilad President and CEO Ramoncito S. Fernandez emphasized that Maynilad’s sanitation program is part of the effort to lessen pollution loading into our river systems, “We ask our customers to avail of this service to protect community health and the environment.”

Maynilad is the largest private water concessionaire in the Philippines in terms of customer base. It is the agent and contractor of the Metropolitan Waterworks and Sewerage System (MWSS) for the West Zone of the Greater Manila Area, which is composed of the cities of Manila (certain portions), Quezon City (certain portions), Makati (west of South Super Highway), Caloocan, Pasay, Parañaque, Las Piñas, Muntinlupa, Valenzuela, Navotas and, Malabon, all in Metro Manila; the cities of Cavite, Bacoor and Imus, and the towns of Kawit, Noveleta, and Rosario, all in Cavite Province. (Press Release/Maynilad)