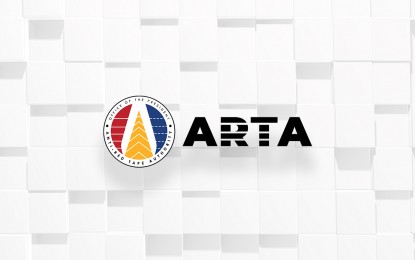 The full implementation of Republic Act 11032 or the Ease of Doing Business and Efficient Government Service Delivery is expected to boost foreign investments in the country, the Anti-Red Tape Authority (ARTA) said today, July 3, 2019.

“If the Ease of Doing Business law is fully implemented, its positive impact will improve our country’s productivity and ratings, resulting in more foreign investments,” ARTA officer-in-charge, Deputy Director-General Ernesto V. Perez said in a statement.

Perez, who attended dialogue and discussions in Malaysia with various partner agencies of the World Bank Group, said the Philippines aims to adopt some of the best practices in regulatory governance from other countries.

“Malaysia, in the late 80s, were lagging behind the Philippines. Now, they’re almost a first-world country,” he said.

Perez attributed the rise to the modernization of business regulation under the leadership of the Malaysia Productivity Commission (MPC), ARTA’s counterpart agency in the said country.

Part of the discussions was a presentation by policy expert Ivan Anton Nimac and private sector specialist Dongwook Chun on the importance of investment retention and expansion in the economies of each country.

The study showed that many investors are leaving due to government conduct, an issue which Perez vowed the Philippine government will address.

“We look forward to shaping the Philippines as a competitive landscape where businesses, foreign and local alike, from SMEs to large businesses, can thrive with the help of a government they could trust,” he said.

“We recognize that a lot still has to be done. The Philippines still needs to catch up to be at par with the performance of its neighbors. But we are taking the right steps towards that direction,” he said.

The ARTA OIC said the Duterte administration is keen on boosting the Philippines’ bid to join the top 20 percent of the most competitive economies in the world by 2022 in the World Bank Doing Business survey.

“Within the next three years and before the term of President (Rodrigo) Duterte ends, we hope to fully implement the law and improve our ranking from a dismal 124 out of the 190 economies to top 20 percent,” he said.

Perez said the RA 11032, which President Rodrigo R. Duterte signed in May 2018, will serve as a catalyst for regulatory reforms in the country. (Press Release/ARTA)