Czech Embassy in Manila Celebrates International Day of the Children 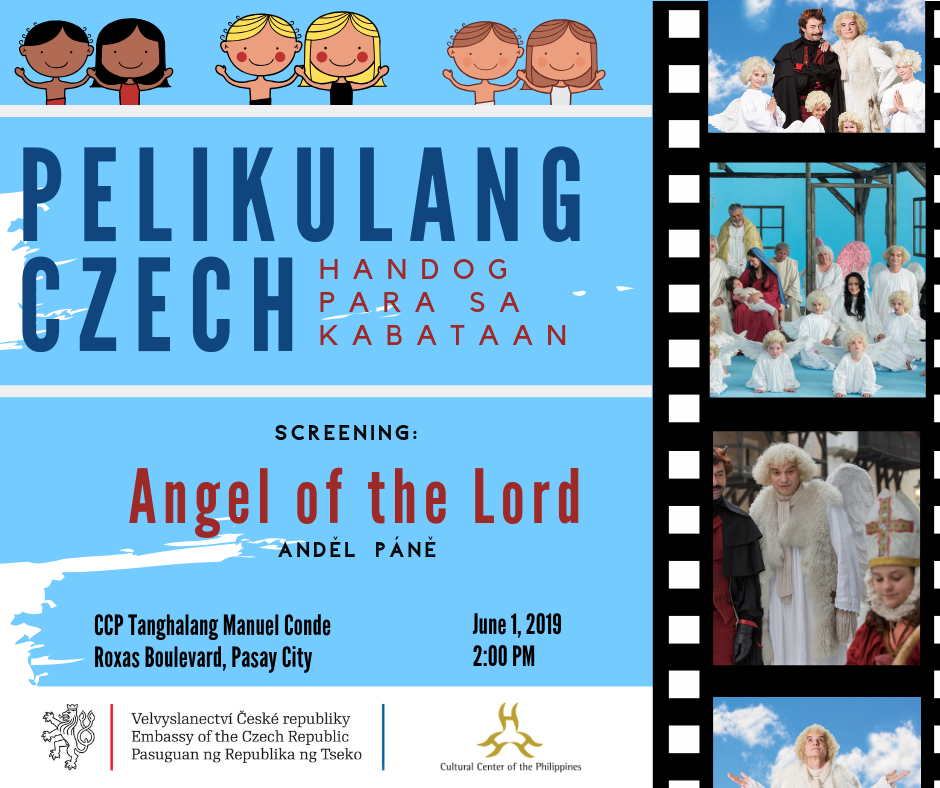 The International Day of the Children is traditionally celebrated in the Czech Republic every first of June. This 2019, in observance of this celebration, Czech Embassy in Manila in partnership with the Cultural Center of the Philippines will bring a sweet treat to children by screening a charming film titled “Angel of the Lord” (Andĕl Pánĕ, 2015) at the Cultural Center of the Philippines.

A story of love, forgiveness, and the ability to help others selflessly, the film revolves around the adventure of a misbehaving angel, Petronel, who was exiled to winter Earth in order to make at least one sinner better. Yet the task is not easy when Uriah, the devil, is around and Petronel, himself, is scatterbrained. Filled with saints, miracles, angelic jokes, and devious pranks, the movie is meant to bring a heartwarming lesson to children and to young at hearts.

Played by a prominent Czech actor and writer, Ivan Trojan, the film is accompanied by music dedicated to articulate its story. The comedic presentation of this fantasy movie brings a rollercoaster of emotions filled with awe and inspiration as one draws from each of the scenario the values instituted by the movie.

The Czech Movie for Kids in Manila is conducted under the umbrella of Viva Europa, a festival of music and dance held through a series of joint and individual activities of the EU delegation and various EU embassies and cultural institutions aimed to celebrate the friendship of the European Union and the Philippines.

The Czech Embassy in Manila and the Cultural Center of the Philippines cordially invite kids and their parents or guardians to celebrate this day. It will be screened on 1 June 2019, 2:00 PM at the Tanghalang Manuel Conde (Dream Theater), Cultural Center of the Philippines. Registration starts at 1:00 PM. Seating is on a first-come, first serve basis.