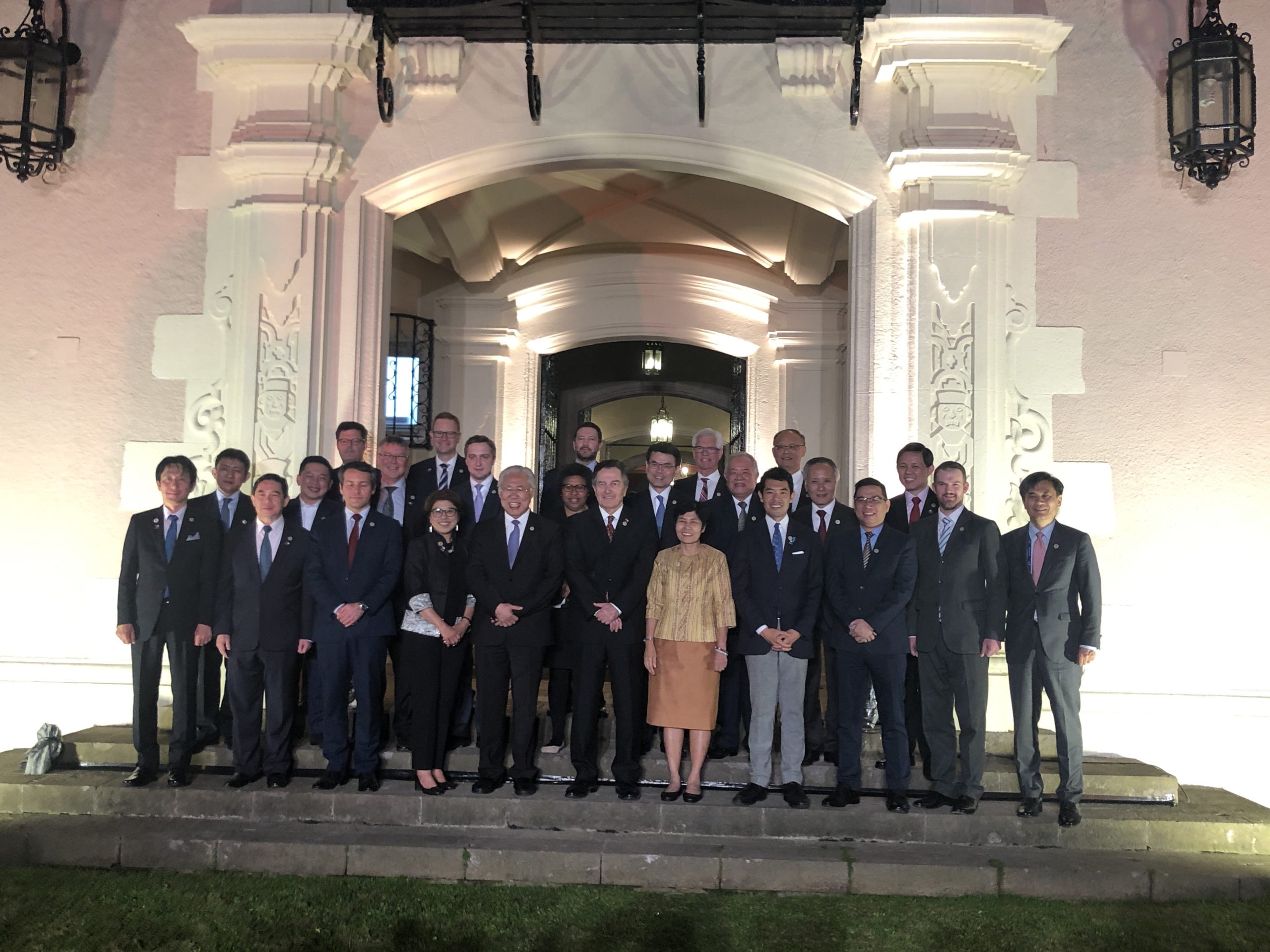 DTI Secretary Ramon M. Lopez exhorted his fellow Trade Ministers to go back to the soul of APEC by focusing on stronger cooperation and building trusts during the APEC Trade Ministers Meeting held in Viña del Mar, Chile. Chile is the 2019 host of the APEC meetings.

Delivering Secretary Lopez’s message, Undersecretary Rodolfo cited the passage of the rice tariffication law and the Philippines’ application to be an observer in the WTO Government Procurement Agreement as some of the concrete ways the Philippines has contributed to the strengthening of the multilateral trading system.

“We need to rise above the disagreements in Geneva. Trade Ministers should provide the political guidance and instruct its trade negotiators to wind down the quibbling, bring out the flexibility to find commonalities and finish the task at hand,” Undersecretary Ceferino S. Rodolfo told the meeting.

Ahead of the adoption of the ministerial statement, Trade Ministers expressed concern for the lack of consensus to affirm APEC’ s support for the World Trade Organization (WTO), in part due to the United States’ lukewarm attitude towards the international organization. The last time APEC issued a stand-alone statement of support for the WTO and multilateral trading system was during the Philippines’ 2015 APEC Chairmanship.

The Philippines emphasized that there is an opportunity to work together in APEC on many issues like MSMEs, global value chains, services and digital technology for all economies to be stronger and more inclusive. The Philippines is leading the MSME work through the action-oriented APEC Boracay Action Agenda (BAA) to Globalize MSMEs. The BAA has spurred more than 115 projects and initiatives among members since it was adopted in 2015. The MSME advocacy has also been brought to the WTO where a “Friends of MSMEs” group has been formed with 88 member-countries.

During the meeting, governments and businesses shared their concern with the growing distrust by people towards business and government processes. More transparent and inclusive processes are called for and APEC was urged to respond to the backlash again globalization by using the gains of trade to focus on broader socio-economic issues, such as environment protection, sustainability and inclusion of marginalized and vulnerable sectors, including MSMEs, women and youth entrepreneurs.

Undersecretary Rodolfo also shared domestic efforts to safeguard its marine resources and promote the sustainable management of ocean resources. He cited the Government’s decision to close down Boracay for six months for a massive rehabilitation effort. He also shared moves to regulate the use of plastics and implement stronger regulations to eliminate illegal, unreported and unregulated fishing.

Aside from the WTO and regional economic integration, the 21 APEC Trade Ministers and representatives discussed policies for enabling inclusive growth in the region, with a particular focus on women and MSMEs. They also started talks on the approach towards regional economic integration in the age of the 4th industrial revolution. As APEC rushes to meet the goal of free and open trade and investment by 2020, members have begun deliberations on the Post 2020 Vision, which will be announced next year.

Since APEC was formed, the region’s economy has expanded from $23.5 trillion in 1990 in real GDP to $66.2 trillion. With new technologies pushing the boundaries of the global economy, the current value of APEC trade has also jumped from $3.1 trillion in 1989 to $24.0 trillion in 2018.

USAID, ADB to mobilize $7 B for clean energy projects in Asia-Pacific