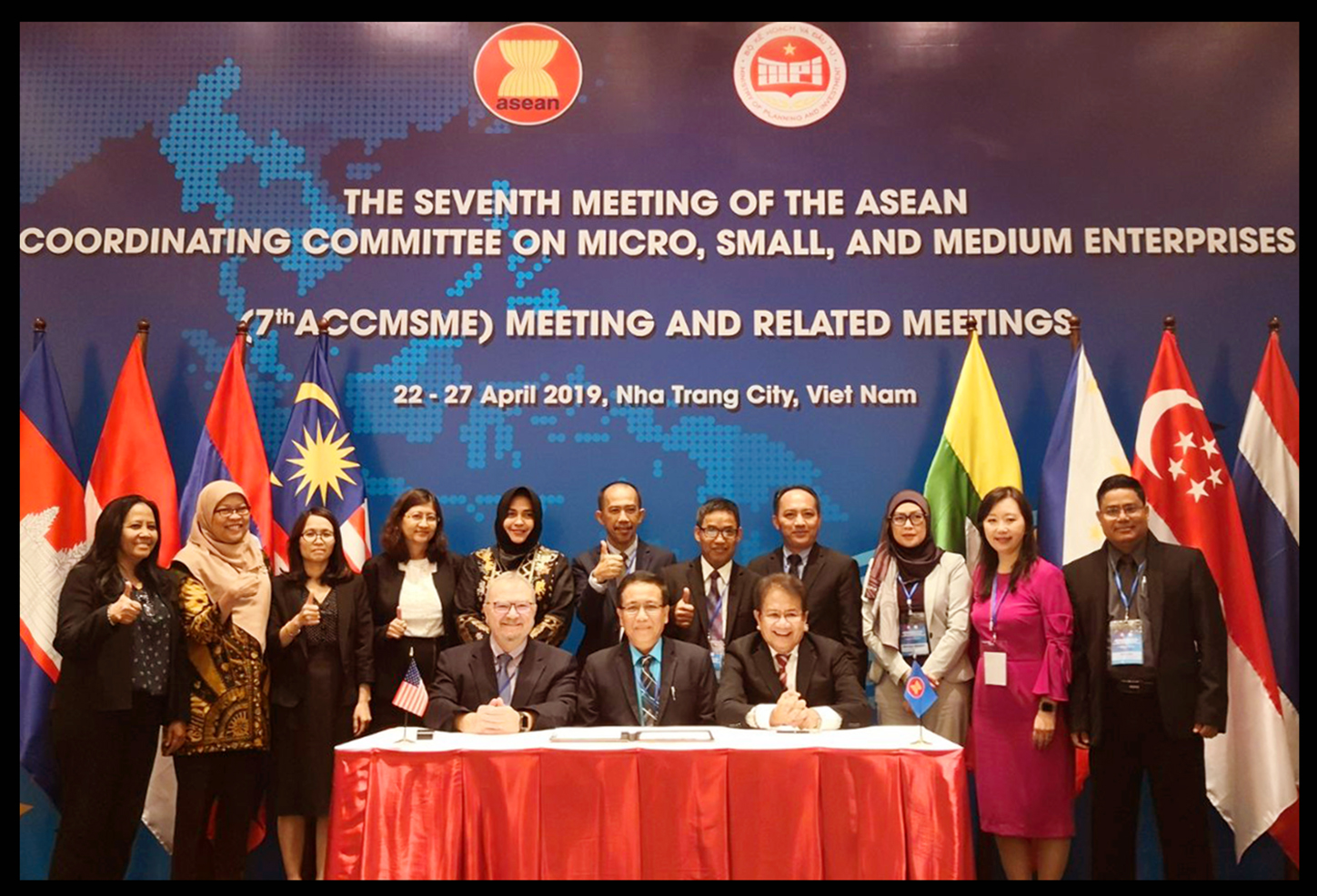 The Trade Department and the US-ASEAN Business Council formalized their collaboration on the ASEAN SME Academy, an online resource platform for ASEAN MSMEs, through aMemorandum of Understanding (MOU) signed on 24 April at the 7th Meeting of the Coordinating Committee on Micro, Small and Medium Enterprises held in Vietnam. Signing on behalf of DTI were Nestor Palabyab, executive director of the PTTC Global MSME Academy (PTTC-GMEA) and Jerry T. Clavesillas, director of the Bureau of Small and Medium Enterprise Development (BSMED). BSMED is the official country representative of DTI to the ASEAN Coordinating Committee.

PTTC-GMEA’s pivotal role in the management of the ASEAN Online Academy comes on the heels of its transformation into the PTTC Global MSME Academy (PTTC-GMEA). According to Trade Secretary Ramon M. Lopez, this designation is very much aligned with the Trade Department’s concerted effort reach out to MSMEs. “We want to provide a home for entrepreneurial education and offer more courses, especially for our MSMEs,” Lopez says.

Empowering MSMEs and hastening their integration into either the country’s mainstream economy or the new world economic order is aligned with the vision of President Rodrigo Duterte for more inclusive growth and lowering poverty through sustainable livelihood.

“We are very proud of this designation because it is a validation of PTTC-GMEA’s growing influence, not just here in the country, but beyond Philippine shores, as well,” Palabyab noted.

“PTTC has always provided our entrepreneurs and would-be entrepreneurs with cohesive training programs that will allow them to pursue either an export-oriented business, or one that is focused on the domestic market. Through the PTTC-GMEA, we can teach MSMEs how to fish, so to speak,” Palabyab said.

When identity and self-confidence matters, it must be fashion by Auma